Week 12 saw Ohio State man handle Illinois to claim officially the B1G East title and saw Wisconsin get another “playoff caliber” win, this time over Michigan. Here are the 10 things I am absolutely overreacting to after Week 12 in the B1G:

1. Ohio State is going to blow out Michigan

It’s HATE WEEK people! And I am calling my shot right now. The Ohio State Buckeyes will blow out the Michigan Wolverines next Saturday.

Now, here is my reasoning behind it. Ohio State has played like its on a mission to redeem its playoff status the last few weeks. It has blown out Michigan State and Illinois. Plus, now Michigan has to rely on quarterback John O’Korn (because Brandon Peters is hurt) to try and beat the Buckeyes. When O’Korn is in, the Wolverines offense rarely puts up points. So, expect this game to be a blow out this year.

Minnesota will be heading into next weekend’s contest limping. The Golden Gophers showed absolutely no life in a 39-0 loss to the Northwestern Wildcats on the road.

So, expect Wisconsin to be 12-0 heading into the B1G Championship game against Ohio State.

You heard it here first, the Boilermakers will be going bowling this year.

Yes, Purdue still has one more win to go to be bowl eligible and yes, they do play a formidable Indiana team next weekend. However, with the way the Boilermakers played against Iowa this past Saturday, they looked like a team on a mission. 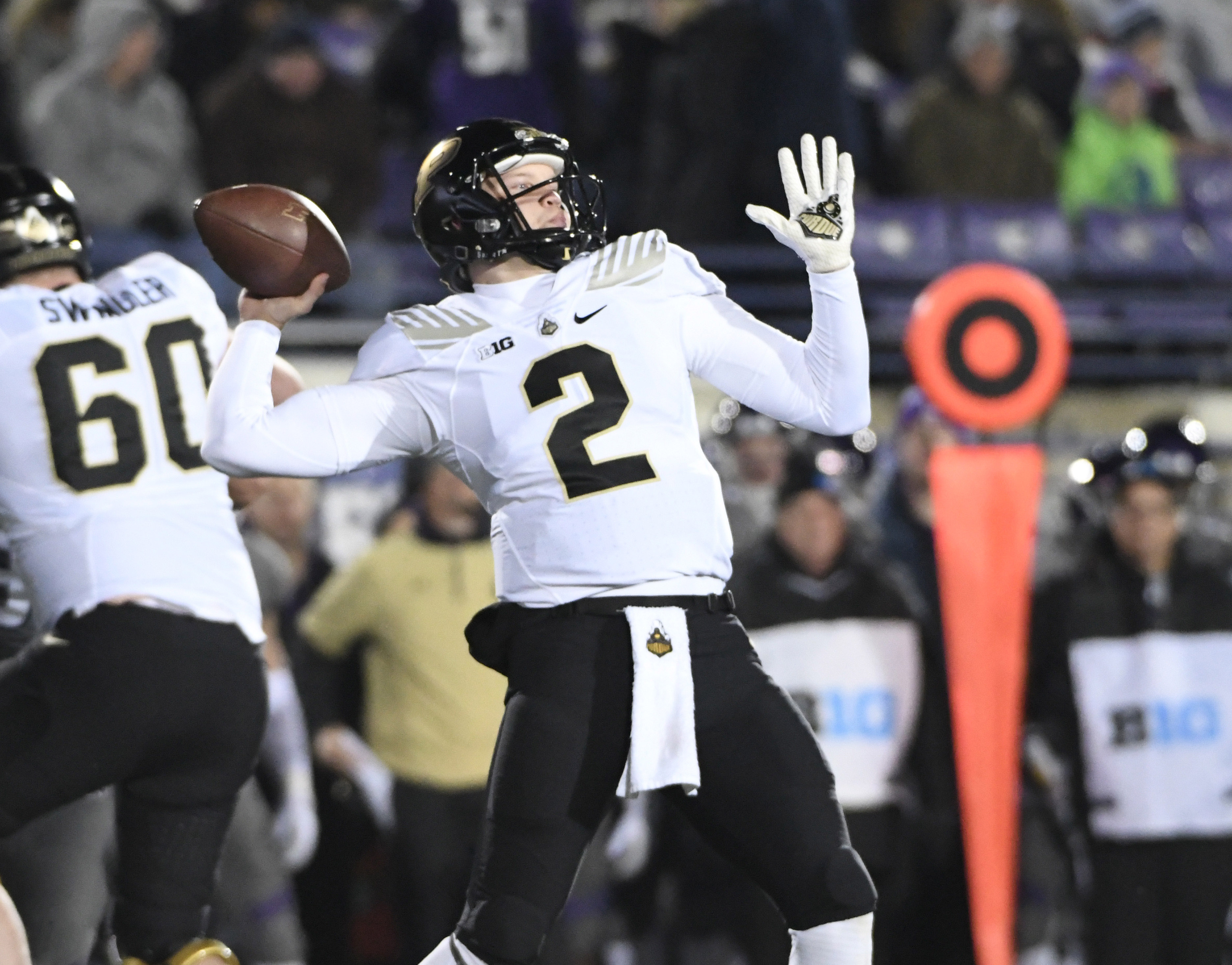 Quarterback Elijah Sindelar was dominant through the air as he tossed three touchdowns and Purdue’s smothered Iowa’s playmakers all game long. If the Boilermakers can replicate that performance, along with Indiana being such an up and down team this season, Purdue is going bowling.

4. Nebraska will win one last game for Mike Riley

Iowa must have forgotten that even though it demolished Ohio State at home, it still has games to play and win.

After defeating the Buckeyes three weeks ago, the Hawkeyes have faltered. They have lost to Wisconsin and Purdue. And even though that score in the contest against the Boilermakers was close, it actually wasn’t even that close of a match-up.

Now, against Penn State this past Saturday, the Nebraska Cornhuskers continued to battle despite already being defeated early on in the game. With the resiliency they showed against a much better Nittany Lion team, I expect the Cornhuskers to win one last game for head coach Mike Riley.

5. Riley will be gone after next Sunday

Come a week from now, the inevitable will happen, Mike Riley will officially be let go by Nebraska.

The Cornhuskers will wrap up its season and then new Athletic Director Bill Moos will cut the string attached between Riley and Nebraska, signaling the end of the two-year Riley era. After that, it’s a race for UCF head coach Scott Frost.

Barkley racked up 158 yards and three touchdowns on 17 carries, giving him an average of 9.3 yards per carry yesterday against the Nebraska Cornhuskers. Plus, Barkley added six catches for 66 yards. That gave the back a total of 224 total yards and Barkley didn’t even play in the fourth quarter. That was a much needed performance to reboot his Heisman campaign 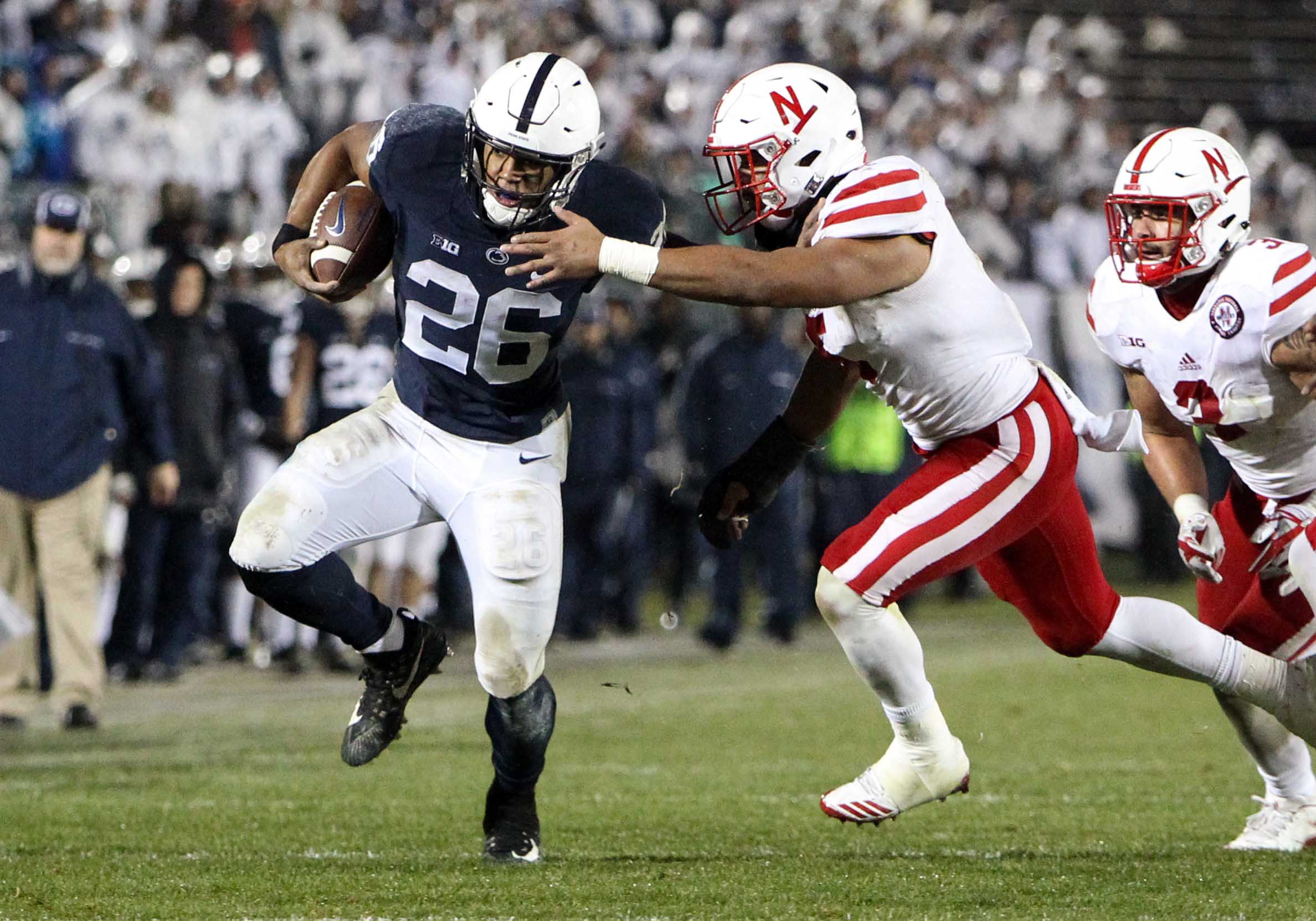 While this game against the Huskers may have rebooted Barkley’s Heisman campaign, he still is a long way from winning the trophy at the moment because players like Oklahoma quarterback Baker Mayfield and Stanford back Bryce Love keep on balling out.

Remember when everyone was asking, ‘What the hell happened to Northwestern?’ Doesn’t that seem so far away now?

The Wildcats just won their sixth straight game and are currently 8-3 on the year. With Illinois to finish the regular season, it’s safe to assume that Northwestern will finish 9-3 on the year.

The way the Wildcats have been playing as of late, they look like the B1G’s third best team, right behind Ohio State and Wisconsin. They defeated Michigan State this year, played the Badgers tough and just outplayed the rest of their opponents. Come bowl season, Northwestern should easily get the B1G’s second best bowl right behind whoever gets the playoff berth and Rose Bowl bid.

I had such high hopes for the Scarlet Knights this season. In fact, I said they were going to become a bowl team last week, as they needed two more wins to get there. I was that confident. But goodness, Rutgers made me look foolish.

The Scarlet Knights lost 41-0 to Indiana on Saturday, and they just looked lifeless. They were held to under 200 total yards and allowed the Hoosiers to tally 503 total yards. Rutgers basically regressed, even though all year I have been saying it was improved program. Shake my head.

9. If Maryland was healthy all year, it would have been one of the best B1G teams

On Saturday, the Maryland Terrapins lost to the Michigan State Spartans 17-7.  While that doesn’t seem too close, if you consider that Maryland was on its fourth-string quarterback, it was very close. Now, imagine if the Terrapins actually stayed healthy all season?

10. Illinois is still bad, but it’s not the worst Power 5 team

Yes, the Illinois Fighting Illini did lose 52-14 to Ohio State on Saturday. However, they are not the worst Power 5 team. That title would go to the Kansas Jayhawks, as they were also blown out this past weekend by the Oklahoma Sooners 41-3. So congrats Illinois! The Illini aren’t totally terrible!