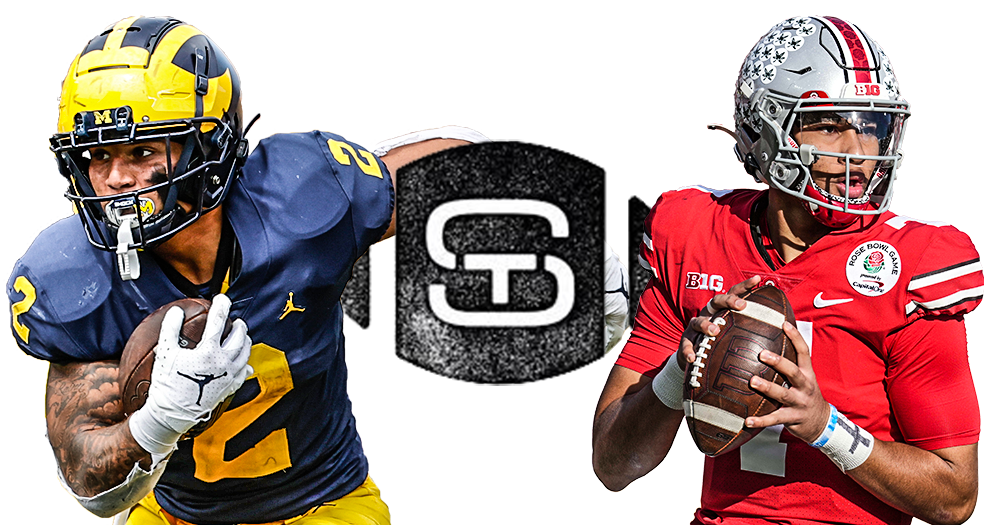 Big Ten Sports Betting is on the rise

Big Ten odds 2022 are out, which means one important thing: “Show me the money.”

It’s been well over two decades since Rod Tidwell screamed that now-legendary phrase to a fictional agent who suddenly found himself bullied around by Bob Sugar. Translation: Think of Sugar as the SEC—the flashy conference of the moment, the era—because the college football conference that rakes in the most green is the Big Ten.

The Power Five NCAA conferences raked in a cool $2.9 billion in 2019. The Big Ten accounted for $780 million, per USA Today. There’s no better conference to discuss the exhilarating sports betting world than the Big Ten, and there’s no sport better to focus on than college football.

It all adds up to College football online sports bettors foaming at the mouth. Better yet, they’re dancing like Rod Tidwell while envisioning yachts and mansions in their future. Where is it written that only the Big Ten can rake in the dough? Big Ten fans can as well.

All things considered, the Big Ten is in a much rosier legal sports gambling situation than the SEC is, as college football’s most talented conference is still working with just a couple of legal and live sports betting states.

One of the Big Ten’s greatest attributes—other than its amazing money-making ways—is its plentiful geography. The conference’s 14 teams are spread across 11 total states. No state hosts more than two teams, as Illinois, Indiana and Michigan host two big-time college football programs apiece.

Six of the 11 states are already live with online sports betting, while five others continue the trek towards official status.

Illinois Fighting Illini football and Northwestern Wildcats football are the two Big Ten programs hailing from this state. And as luck would have it—for the many fans of each school—online sports betting is already live in Illinois.

Interestingly, after it was fully live for the better part of 2020, as of April 4, 2021, online sports gamblers were forced to complete an in-person registration at a state-located casino. Gov. J.B. Pritzker had allowed remote registration through executive order, but those expired in early April.

Thankfully, as of March 5, 2022, the in-person registration requirement has been lifted, and Illinois online sports betting is a full go (as online sports gamblers can now legally register online).

The legalization of Indiana online sports betting became a reality in October 2019. Other than the big boys (can be seen below), other sportsbooks such as Unibet and theScore Bet are also available for in-state residents.

This is a great thing for online college football gamblers who also happen to love Indiana Hoosiers football and Purdue Boilermakers football.

Not only did Iowa residents celebrate the end of a miserable 2020 in a similar style to the rest of the world, but these state-specific folks did so with their eyes on an intriguing prospect. Iowa online sports betting went live without in-person registration in January 2021. While legal sports betting in the state has been around since 2019, the registration hassle turned a lot of wagerers off.

Fans and students (at least 21 years of age, of course) of the Iowa Hawkeyes football squad can also make their already-wonderful Saturday Tradition much more interesting thanks to current state laws.

Now, rabid Michigan Wolverines football fans who love (and very much not love) head coach Jim Harbaugh can ramp up the anxiety and heartache even further each Saturday. Oh yeah, don’t forget that winning is possible, too. Right?

As far as Michigan State Spartans football is concerned, hey, everybody loves a longshot; it’s what puts the substantial betting money in the pocket.

Pennsylvania is one of the big boys in the sports gambling market to date, for good reason. Not only does the state boast an impressive array of professional and collegiate teams, but its geography showcases many worlds within one universe. Those on the east side of the state feel as though Western Pennsylvania is a foreign land at times.

Then, there’s Penn State—a country of its own.

Located smack dab in the middle of the massive state, University Park appeals to multiple regions. From Ohio to Pittsburgh, Philadelphia to the tri-state area consisting of New Jersey, New York and Connecticut, Penn State Nittany Lions football remains a giant to this day.

Hello, Rutgers. We understand your transition has been a challenging one, but progress is starting to become realized.

After the Scarlett Knights’ 8-5 initial Big Ten season in 2014, it’s been a rough go. Now that campus legend Greg Schiano is back, the Rutgers Scarlett Knights football squad’s 3-6 season this past season offered glimpses of significant improvement.

The school still has a long road to navigate, but New Jersey residents can now get in on the action. NJ online sports betting has become a nationwide leader in the industry.

Ohio currently has a huge bill (SB 176) that would allow for 40 sports betting licenses, including retail and online opportunities. The bill is expected to pass at some point in Summer 2021 which means Ohio online sports betting is just around the corner.

January 2023 is when Ohio online sports betting is expected to become a reality.

It also means the Ohio State Buckeyes football faithful will finally have a seat at the college football-betting party.

Minnesota is one of the states that hasn’t moved the needle on sports betting much (if at all). Sports betting is still illegal as the laws prohibiting it haven’t changed over the last few years.

Lawmakers have put forth the effort, but certain roadblocks continue to get in the way. Until it finally happens, Minnesota residents who love Minnesota Golden Gophers football will have to wait.

Initially, the strangeness that was Nebraska Cornhuskers football leaving the Big 12 for the Big Ten was obvious and understandable. A decade later, Nebraska has brought another worthwhile state to the conference’s party.

Gov. Pete Ricketts legalized sports betting when he signed LB561 into law on May 25, 2021. It will initially be limited to in-person locations only, but the protected online sports betting launch is at some point in 2021.

Like Minnesota, the state of Wisconsin is also awaiting legislation on the sports betting matter. It isn’t legal in the state, and there haven’t been any efforts since PASPA was overturned in 2018.

Sorry, Wisconsin Badgers football fans who live in-state; you’ll just have to settle for a solid on-field squad in 2021.

Does it get any better than this? Not only can college football fanatics watch their favorite Big Ten team on Saturday, but they can also legally place online bets (as long as they’re located within an already-live-and-legal-online-sports betting state).

What a wild ride it was a year ago, huh? After a pandemic-shortened season, the Big Ten came back strong to produce some of the craziest college football storylines in 2021.

Surprisingly, it was not Ohio State standing at the end. For the first time in four years, somebody other than the Buckeyes took home the Big Ten crown, as Jim Harbaugh’s Michigan Wolverines got it done in grand style with a 42-3 triumph over the overmatched Iowa Hawkeyes.

Michigan’s presence in the game was made possible by Harbaugh’s very first win over Ohio State—in arguably sports’ greatest rivalry.

It’s been Ohio State’s world in Big Ten country over the better part of the last five seasons—save for Michigan’s 2021 shocker. What started with Urban Meyer is currently Buckeye dominance, as the four of the last five Big Ten championships have gone to the team that makes its home in Columbus.

Can the Buckeyes dethrone Michigan in 2022?

It’s Ohio State and a bunch of SEC teams at the top right now. That’s not to say Wisconsin, Penn State and Michigan don’t have a chance, but recent history is on the side of the South East Conference (winning 12 of the last 15).

If any conference can break through and dethrone the Georgia Bulldogs (no less the Alabama Crimson Tide), it’s the Big Ten.

Right now, C.J. Stroud is the leader in the pack, slightly ahead of reigning Heisman Trophy winner Bryce Young, who looks to make history with his second-straight Heisman crown.

If Young can accomplish the feat, he’ll become only the second man in history to capture multiple Heisman Trophies. The other is, of course, a Big Ten legend, Ohio State running back Archie Griffin (1975 and 1975).

Check out Saturday Down South’s full Heisman Trophy Odds for 2021.

Where will the 2022 Big Ten Football Championship Game be played?

Lucas Oil Stadium in Indianapolis, IN will host the 2021 Big Ten Championship Game.

Where can I watch the 2022 Big Ten Football Championship Game?

Which team is favored to win the 2022 Big Ten Football Championship Game?

Ohio State, the conference winner in 2021, is once again favored to win the 2022 Big Ten Football Championship Game at -280, per Caesars Sportsbook.

Which of the Power 5 Football Conferences makes the most money?

The Big Ten has earned the most reported revenue of all Power 5 Football Conferences. In 2019, the mega-conference reportedly raked in $780 million, per USA Today.