Add Virginia Tech to the growing list of FBS programs in the market for a new head coach. The school announced it has parted ways with Justin Fuente on Tuesday morning.

Per the statement released from Virginia Tech’s athletic department, the school and Fuente “mutually agreed to part ways.” A national search is currently underway to fill the vacancy.

“Virginia Tech is one of the most attractive football jobs in America, competing in one of the nation’s premier conferences, the ACC,” Babcock continued. “I’m extremely confident that we’ll be able to identify and hire a new head coach who can build on our rich history and winning tradition.”

J.C. Price, Virginia Tech’s co-defensive line coach, will be the interim head coach for the remainder of the season.

The Hokies are 5-5 this season with games against Miami and Virginia remaining on the schedule. In 6 seasons as the head coach in Blacksburg, Virginia Tech was 43-41 under Fuente.

Fuente’s best season with the program came in 2016, his first season. Virginia Tech finished 10-4 that season. The Hokies appeared in 4 bowl games in 5 seasons and still have a chance to clinch a postseason berth this fall.

Below is the statement Fuente released on Tuesday after the announcement: 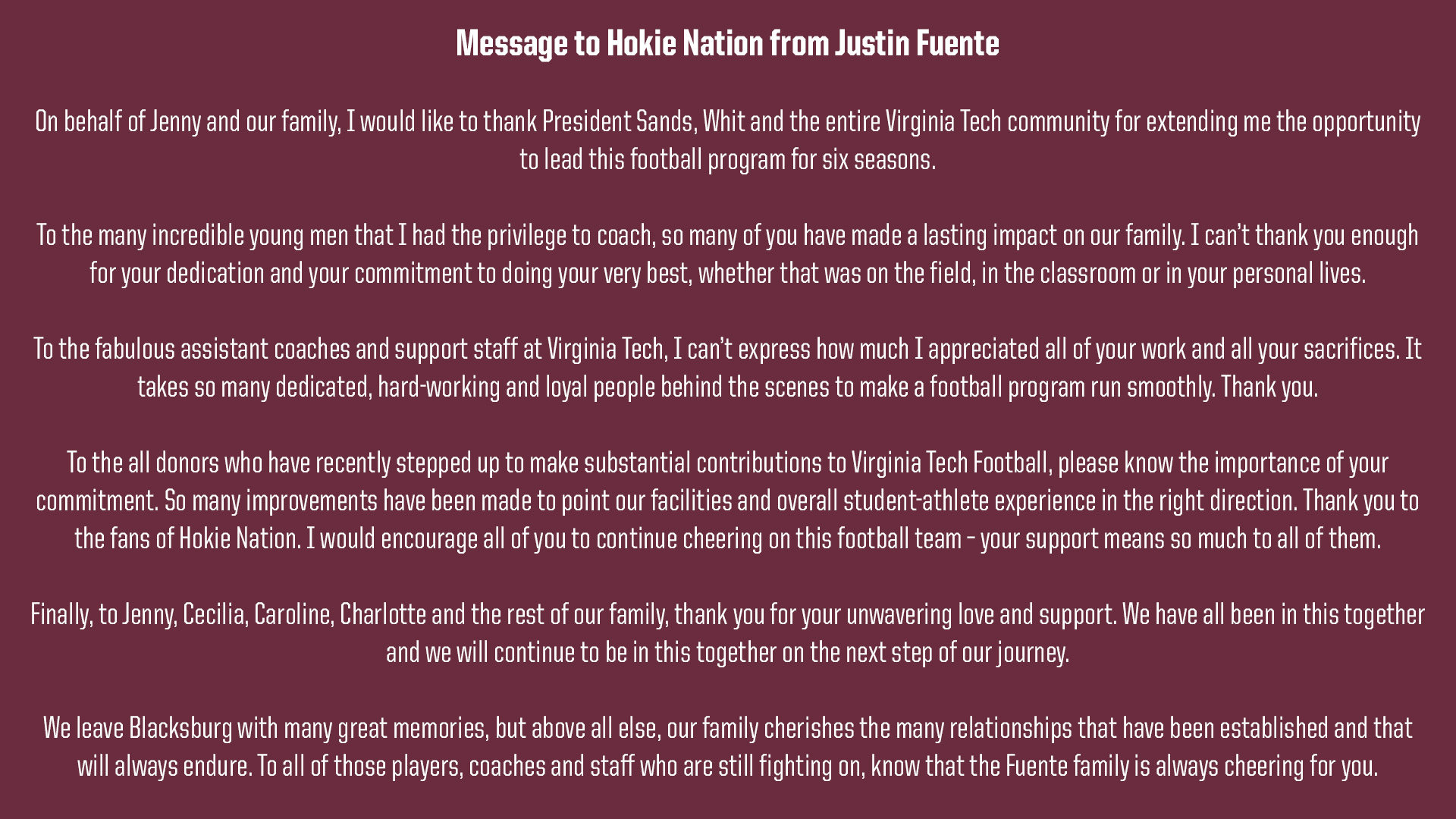 Dustin Schutte
Dustin grew up in the heart of Big Ten country and has been in sports media since 2010. He has been covering Big Ten football since 2014. You can follow him on Twitter: @SchutteCFB Follow on Twitter.