Despite the B1G and Pac-12 budging on playing college football and other sports in the fall, the ACC and SEC are holding firm on moving forward.Both leagues released a statement on Tuesday.

The ACC and SEC each released a statement on their plans for football this fall after the two Power 5 leagues decided against moving forward with a season. Instead, the B1G will attempt to try again in the spring, though there was no clear plan for what that might look like.

SEC commissioner Greg Sankey has said patience is key during this situation. Though two Power 5 leagues are already moving towards other options, it appears his league will continue to evaluate the situation as the season nears.

The ACC said it “absolutely” still intends to play football in the fall.

Below are the statements from the ACC and SEC, which are still planning to play football in the fall, at least at the moment. They both stated that things could change, and they will continue to consult with medical experts. 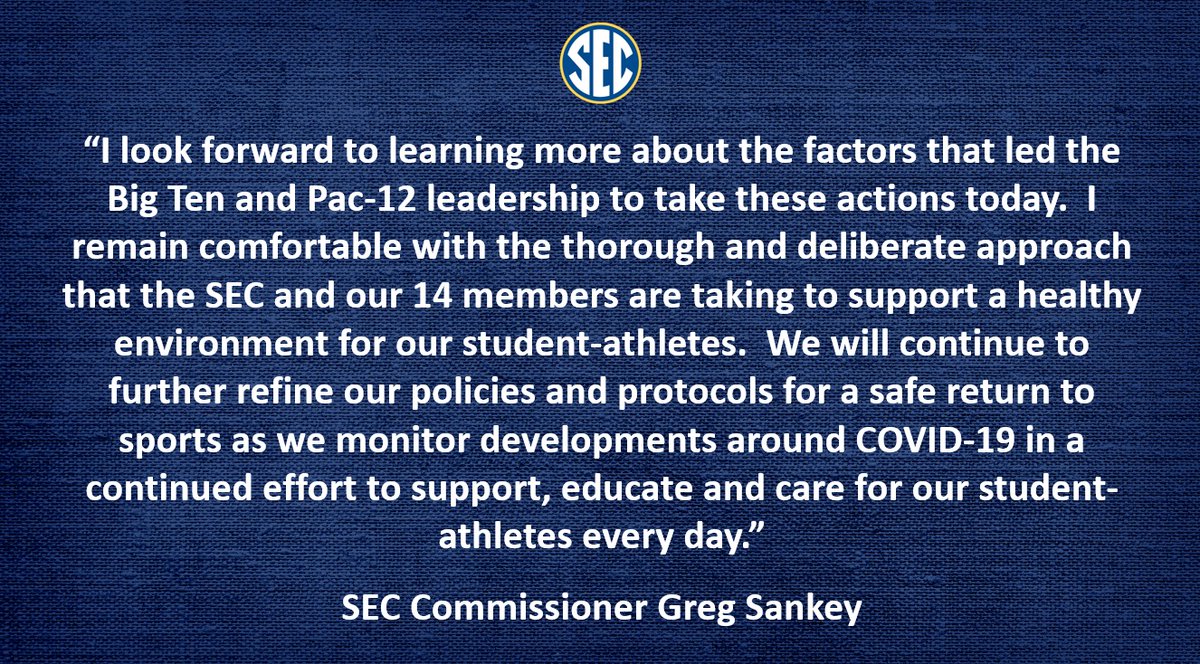 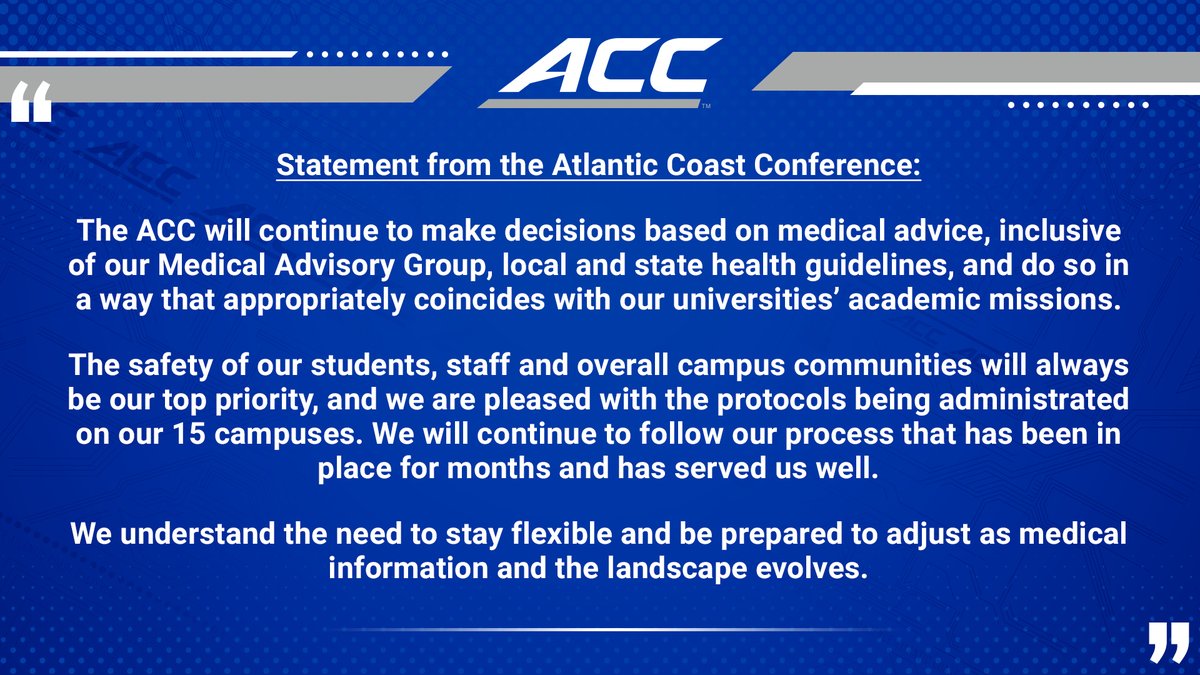