At the midway point of 2016, look back on bold preseason B1G predictions

It’s not easy to make bold preseason predictions. You basically have to take everything you’ve been hearing during the offseason and try and come up with something that tells you exactly what everybody else has been.

But that’s one of the things we get paid to do in this business. And I did that. Luckily, I’m not getting paid by good calls.

As you can tell, I made a lot more bad calls than good ones before 2016 kicked off.

–Trace McSorley accounts for 3,200 yards from scrimmage and 25 touchdowns

This is on its way to being a good call. McSorley is on pace for 3,244 yards and 22 touchdowns and trending upward with Joe Moorhead’s offense becoming more familiar.

-Bart Houston doesn’t start all 12 games, but he stays healthy all year

It took three games for Houston to lose his job. I didn’t think Alex Hornibrook would get the gig that quickly, but a win is a win.

-Desmond King’s interceptions are cut in half, but he still earns All-America honors

I’m doubling down on this one as a good call. King has one interception through six games, which isn’t quite halfway to four. Why? As expected, teams are avoiding him. Still, Sports Illustrated still had him as a second-team midseason All-American.

-J.T. Barrett gets a trip to the Heisman Trophy ceremony

Barrett trails only Lamar Jackson in the current Heisman odds. As long as OSU remains in the top five, Barrett will be heading to New York in December.

-Wisconsin wins at least one game against either LSU, MSU, Michigan or OSU

How about Wisconsin goes 2-2, loses to Michigan and OSU by a touchdown and looks every bit like a top-10 team?

-Maryland cuts its turnovers in half

The Terps were dead-last in FBS with 36 turnovers in 12 games last year. Through six games, Maryland has just eight turnovers. So far, the Terps don’t look nearly as turnover-prone as they did in 2015. 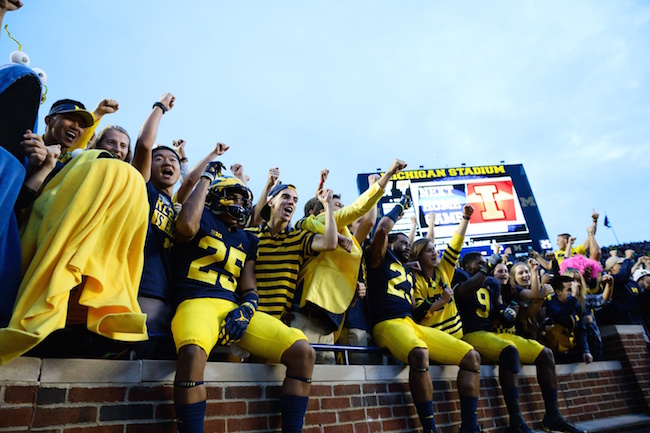 THE JURY IS STILL OUT

Lagow is currently No. 2 in the B1G in passing. He’s 100 yards behind David Blough, and frankly, he hasn’t been all that good yet. If Lagow can cut down his turnovers — he’s on pace for 18 interceptions — he could definitely lead the B1G in passing.

Carter currently ranks No. 13 in the B1G with 46 stops on year. The Maryland linebacker trails Illinois’ Hardy Nickerson by 12 tackles. So with a solid second half, Carter can actually still lead the conference.

-Neither Michigan nor Iowa are undefeated when they meet

Well, half of this is right so far. But the initial thought was that Michigan would get tripped up in East Lansing. MSU can’t beat anyone right now, but you never know.

-Michigan State DOESN’T get swept by Michigan and Ohio State

Michigan has done everything in its power to stay on track to do that. On one hand, the road to Indianapolis is easier than originally expected with trips to Iowa and MSU not looking nearly as daunting. But that trip to Columbus is going to be a dogfight. If the Wolverines are to make it to Indy, it will likely be the result of their biggest win in a long time. 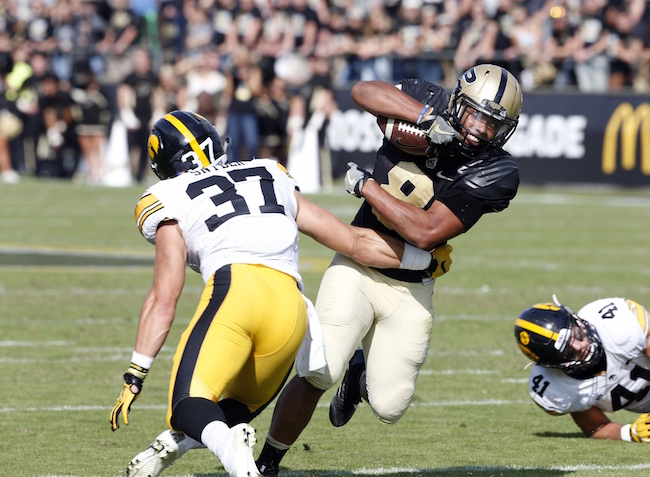 In my defense, Jones has been hampered by injures in the first half. Even though he rushed for 4.5 yards per carry, he’s only on pace for 744 yards for 2016.

-Jalen Myrick leads the B1G in interceptions and pick-sixes

Myrick still doesn’t have his first interception of 2016, and based on the fact that 15 B1G players have multiple picks, Myrick doesn’t look too likely to climb the leaderboard any time soon.

-Freedom Akinmoladun and Kemoko Turay each finish with double-digit sacks

Akinmoladun has actually been solid. He only has two sacks, but he’s Nebraska’s leader in quarterback hurries. Turay, on the other hand, can’t stay on the field. He’s only been active for three games and has yet to register a sack.

-Illinois, Northwestern, Rutgers and Purdue all fail to win a road game

Illinois and Northwestern won on the road last week. The week before, Purdue won in Champaign. The Wildcats won at Iowa, too. Yeah, not my best call.

Kittle only has two scores this season and is banged up entering the second half. Despite the fact that he’d be Iowa’s No. 1 target now with Matt VandeBerg out, the chances of eight second-half touchdowns from the Iowa tight end are slim-to-none.

Walker was hurt to start the season, and it showed. His numbers (40 tackles, 3.5 tackles for loss, two sacks) won’t be what they were last year but Walker will still likely earn some All-B1G recognition.

Chris Evans, Lorenzo Harrison and Reggie Corbin are all on pace to surpass that mark and Brian Lankford-Johnson could hit that if Markell Jones misses significant time. Sanders also only has six carries for 66 yards. Sanders won’t get to 500 unless PSU starts winning some blowouts or Saquon Barkley gets hurt. Still, don’t be surprised Sanders wins a B1G rushing title in 2018.

-Rutgers is the B1G’s most improved defensive team