Here's the one thing Penn State, Wisconsin must do to boost playoff odds

In fact, I bet if you go around Indianapolis this weekend and talk to every coach and player you can find, none of them will talk about their paths to the College Football Playoff.

“We’re just going to control what we can control and let the chips fall as they may.”

It’s ok to say that to the media. The more time players spend thinking about everybody else outside out Indianapolis, the less time they’re spending on preparing for the task at hand.

But Penn State and Wisconsin fans want to know what their team must do to make it to the College Football Playoff. Who do they have to root for? Is it a win-and-in scenario?

Players, coaches, fans and maybe even the selection committee members don’t have definitive answers to those questions right now. We have ideas, but not answers.

So let’s take the approach that coaches and players will have this weekend. Control what you can control and the rest will play itself out. And what’s the best way for Penn State and Wisconsin to embody that cliché while helping their College Football Playoff odds? 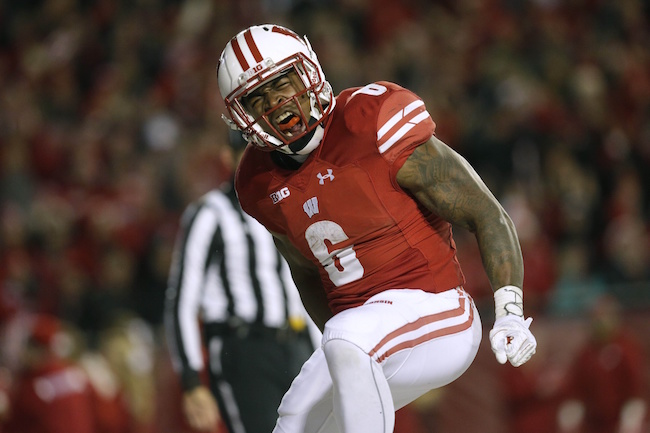 The one thing both Penn State and Wisconsin can control this weekend is the Lucas Oil Stadium scoreboard. The best final case for both teams to make is to leave Indianapolis with a blowout win.

The obvious example of that was one the Badgers probably wish they could forget. But if Chryst wants to do more than clinch a Rose Bowl berth — not a bad consolation price in all of this — then he needs to take a page out of Urban Meyer’s playbook.

We’ll never know what would’ve happened to Ohio State if it called off the dogs up 28-0 on Wisconsin in the 2014 B1G Championship. Let’s say that instead of leaving Ezekiel Elliott and Cardale Jones in, the Buckeyes decided to play ball-control football and just hold on to the win.

Meyer very easily could have one less national title. He knew that as a non-top four team, a loud statement in a conference title game would be impossible to ignore. Meyer was right, and amid controversy, OSU jumped TCU for the final spot.

Chryst and Franklin need to keep that in the back of their mind in the second half.

That means that if the Lions or Badgers take a 28-7 lead in the third quarter, they should still be taking shots downfield. Obviously that doesn’t mean a team needs to go into two-minute drill mode and risk blowing a lead, but both offenses should stay aggressive for 60 minutes in this one.

Franklin should be familiar with that concept:

Enjoy Andre Robinson jitterbugging his way into the end zone to make it 45-12 Penn State pic.twitter.com/NkjMolzoLg

LSU, Michigan and Ohio State struggled to sustain offense against Wisconsin. Can you imagine if Penn State lit up that defense for 45 points on a neutral field? That’s a statement.

And on the flip side, Penn State had the No. 3 offense in FBS in November. Can you imagine if the Badgers held them to single digits in a championship game? That’s a statement.

And with the B1G Championship wrapping up 12 hours before the announcement of the final College Football Playoff rankings show, recency bias could play into that decision.

Still, Penn State and Wisconsin might both need help. It could come in the form of a Washington loss on Friday night.

But even if that happens, those two teams could still be battling for Michigan — which has the head-to-head advantage against both — as fellow two-loss teams. But if Penn State or Wisconsin dominate in the B1G Championship, they have two things Michigan doesn’t have. They’d have a convincing B1G title in college football’s toughest conference, and both would have winning streaks of at least seven games.

Keep in mind that Michigan, while it has impressive top-10 wins, lost two of its final three games. It could’ve won either of those two games and made it to Indianapolis. That won’t be lost on the selection committee.

By showing no mercy on Saturday night.