Week 9 B1G Power Rankings: Bowl probabilities and a change at the top?

The six-win milestone is obviously more important for some than others. If Maryland or Indiana hits six wins in 2016, it would be the sign of significant program progress. Others (Michigan, Nebraska, Ohio State) have already clinched bowl eligibility and moved on to bigger and better things. Wisconsin and Penn State could join that club soon.

There are also the in-between teams like Minnesota and Northwestern, both of whom have favorable but not guaranteed odds to make it to the postseason.

Here’s where each B1G falls in the power rankings, and a look at their bowl probability on a scale of 1-10 with 10 being the most likely to make a bowl.

Hey, Rutgers looked like an actual B1G team on Saturday. That was a huge positive for Chris Ash’s program. Unfortunately for the Scarlet Knights, they have four B1G East games left, and they’d have to win all of them to make it to the postseason. That doesn’t look promising.

Illinois played a much better second half in a nightmare matchup at Michigan. Defensively, the Illini showed some strides in the last couple weeks. But winning four out of five — while the schedule is favorable — would be the result of a massive turnaround. Without a healthy starting quarterback, Illinois might be lucky to get to four wins in 2016. 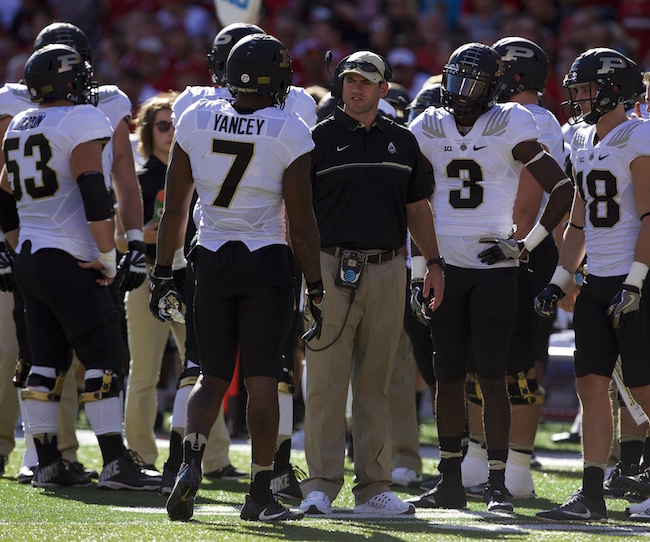 If Purdue could bottle up what it did in the first half against Nebraska, it would have a legitimate shot to go bowling. But those stretches have been few and far between. Purdue will be an underdog in all five games left on the schedule. If Gerad Parker pulls off three upsets, you’d be looking at your next Purdue coach.

Let’s pretend that Michigan State isn’t riding a five-game losing streak and looking like a lifeless program. Even if MSU played like a top-25 team, winning four of five with its remaining schedule would be quite the feat. Assume MSU beats Illinois and Rutgers. The Spartans would also need to win two of three vs. Michigan, vs. Ohio State or at Penn State. Crazier things have happened, but that looks pretty crazy right now.

Woah. Nine seems a little lofty, doesn’t it? Well, considering all the Terps have to do to go bowling is beat Rutgers at home, that’s not saying much. Maryland could clinch bowl eligibility at Indiana this week. But if the Terps don’t, it’ll likely come down to the finale. They have three straight matchups vs. top-10 teams, two of which are on the road. Saturday is a huge, huge game for D.J. Durkin. 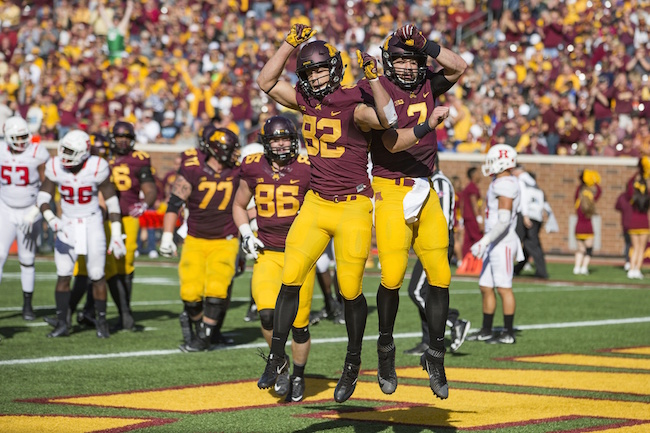 Like Maryland, the Gophers can clinch bowl eligibility with a win on Saturday at Illinois. And if that doesn’t happen, they would get another chance to do that at home against Purdue. Given how close Saturday’s home tilt against Rutgers was, there are no gimme wins for Minnesota. But it’d be a complete disaster to drop two in a row before matchups at No. 6 Nebraska, vs. red-hot Northwestern and at No. 11 Wisconsin to end the season.

Three straight losses — albeit against two top-10 teams — put Indiana’s bowl chances in question. Winning three of five games to end the season isn’t a lock for a program that’s been competitive, but not one used to rattling off wins. Having said that, Indiana has three winnable home games vs. Maryland, Penn State and Purdue. The Hoosiers also travel to Rutgers. Winning three of four in that stretch would give Indiana consecutive bowl berths for the first time in a quarter century.

The hawkeyes one of the tougher schedules left. Iowa will be an underdog in its two home matchups vs. top-10 teams and for its trip to Happy Valley. But the Hawkeyes do have a game at Illinois. If the Hawkeyes dropped all four of those games and missed a bowl, the sky would fall in Iowa City. 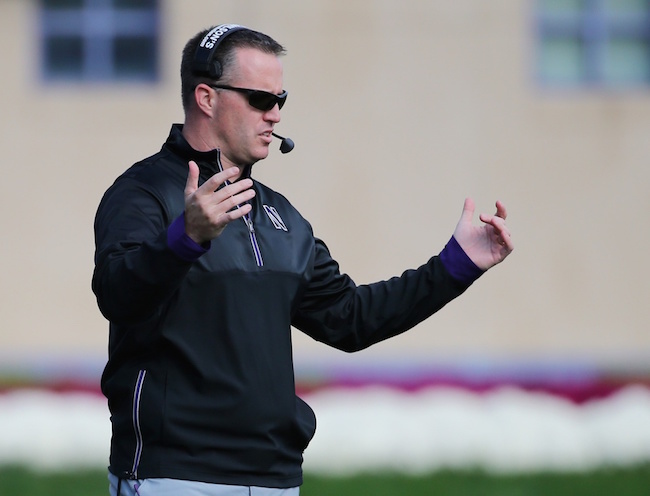 Just think if Northwestern didn’t drop that dud against Illinois State. The Wildcats could be looking at possibly an 8-4 regular season. That’s how well they’re playing. Upcoming showdowns at Ohio State and vs. Wisconsin will both have Northwestern as the underdog, but they could be favored for their final three games (at Purdue, at Minnesota and vs. Illinois). After that dreadful start, it’d be surprising if Northwestern missed out on the postseason, especially with how well Pat Fitzgerald’s team played in October.

Nebraska is already going bowling and feeling pretty good about it. But take look at the conference records of the Power Five teams Nebraska beat. It’s 6-14. Northwestern is the only Power Five team the Huskers beat with multiple conference wins. And in all of those games, it looked like a pretty even battle. Penn State gets the bump ahead of the Huskers because they took advantage of an opportunity against an elite team. If the Huskers can rise to that kind of level at Camp Randall, they’ll be in the top three next week.

One more victory is all but a guarantee for a PSU squad coming off the most impressive B1G win of the season. PSU’s five remaining opponents are 5-17 in B1G play. Purdue and Rutgers are road games, but that’s still about as favorable of a remaining schedule as one can hope for. There’s a decent chance the Lions will be favored in all five games, which would create quite the B1G East battle at the top. 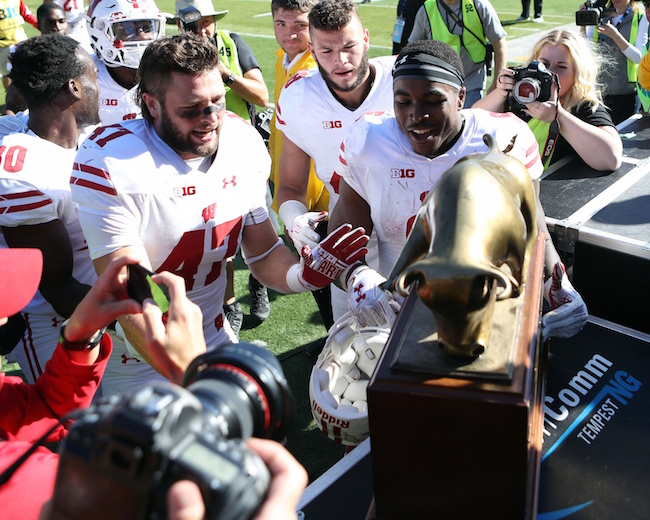 The chances of the Badgers dropping five in a row to end the season are about as likely as Camp Randall not jumping around at the end of a third quarter. The Badgers will be favored to win out, and they’ll be double-digit favorites in each of their final three games. The Badgers aren’t missing a bowl, but games against Nebraska and at Northwestern extend their battle-tested start even longer.

Ohio State finally got tripped up on the road. Blame a basic offensive game plan, horrible special teams, sub-par offensive line play or whatever you want, but unbeaten seasons with nine-game conference schedules don’t happen. The Buckeyes definitely looked more vulnerable when they couldn’t stretch the field. But Urban Meyer prides himself on making in-season adjustments. It’ll still likely come down to that game in Columbus on Nov. 26.

Michigan is deservedly back in the top spot as the most impressive B1G unbeaten. The Wolverines have outscored their opponents 341-70 and 182-25 in B1G play. Not even Alabama can touch those numbers. The schedule has been favorable, but Michigan does have three wins against teams currently in the top 25. The Wolverines outscored those teams 108-45. Yes, it took an Ohio State loss for Michigan to earn a top spot, but right now, Michigan looks less vulnerable than anybody in the B1G.