What would Christmas be without a gift to you, the reader?

Fellow Saturday Tradition writer Dustin Schutte and I have collaborated to bring you this quality stocking stuffer — a game wherein we identify which Christmas movie character each Big Ten coach would be. If, you know, they spent their lives inside of Christmas movies instead of coaching football.

Here’s our corresponding character for each B1G head coach:

Without question, Bielema is the Big Ten coach most likely to show up at your house in a Recreational Vehicle. And to own a dog named Snot.

He’s definitely the B1G coach most likely to be found shirtless in public.

Arkansas fans might think he has a plate in his head. Illinois fans are hoping he will one day deliver the conference title wrapped in a bow.

Kirk Ferentz (Iowa): The Ghost of Christmas Past, A Christmas Carol

This one’s easy enough to explain. Ferentz and the Hawkeyes run an offense that looks like it was popular in Charles Dickens’ lifetime.

Also, Ferentz apparently doesn’t watch Christmas movies, so if he reads this he’ll literally have no idea what it means.

The ultimate nice guy who seemingly could have ended up somewhere much bigger than Bloomington after a successful 2020 season. Instead, he listened to his heart and stayed home.

After a rough 2021, he may be having some regrets. He even gave back some of his own money to keep the thing afloat.

We’ll see if things turn back around for Allen like they did for good ole George Bailey.

Locksley famously melted down in New Mexico, which is no place for a snowman.

Following a stint as Maryland’s interim head coach in 2015, he went away for awhile before coming back to the Terps in 2019.

Like Frosty, Locksley has a magical ability to draw in kids to play for him. And, let’s be honest — Locksley’s physique is a bit snowman-like.

The obvious reason these two are tied together is the complete lack of awareness when it comes to fashion.

What would go better with Neil’s multi-pattern wool sweaters than a nice pair of Harbaugh’s khaki pants? Plus, neither is really viewed positively by a large viewing audience, even though they both make a lot of sense when you actually listen to them talk.

Armed with only his wits, Tucker went into the transfer portal to get all the weapons he needed in 2021 and turned the Spartans into one of the most explosive teams in the Big Ten.

And in general, Tucker seems like kind of a badass.

However, if we had to make a John McClane comparison based on talking to yourself as a character trait, our money would be on Harbaugh.

Do we really need an explanation?

Buddy gets his excitement from Christmas cheer and an ungodly amount of sugar. Fleck gets his juice from acronyms and probably a refrigerator full of highly-caffeinated energy drinks.

The bottom line? Both guys have an over-the-top enthusiasm for their job. It’s mostly in good nature, but it can also get a little annoying at times.

There’s a lot of factors working in favor of this comparison.

First, they’ve got the same initials and their names sound somewhat alike. But it gets weirder when you realize they also look a lot a like.

As a poster on MGoBlog noticed this year, there is a strong resemblance between Frost and the now-grown up actor who played Scut, Zack Ward.

Also like Farkus, Frost figured he would come in and push the rest of the Big Ten around. Instead, he’s just gotten his hat handed to him by lesser opponents.

Guy with a buzzcut living in Chicago’s ritzy North Shore suburbs. Fitz may well be the fully-grown personification of Buzz. 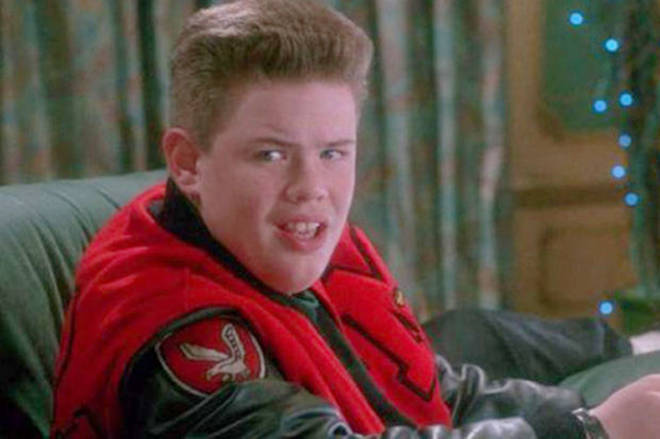 A bearded guy in red faces a heck of a logistical issue: how to distribute the ball efficiently enough to keep all the very good kids on his offense happy.

To this point, Day hasn’t yet failed to come through in that regard.

Also important to this comparison — Neil Miller (aka Jim Harbaugh) does not acknowledge the existence of this character.

Who needs words when we’ve got pictures?

Fittingly, Bunsen portrays a charity collector in The Muppets Christmas Carol. And few coaches in the country are more adept at collecting money than Franklin, who signed a contract extension worth a guaranteed $70 million earlier this month. 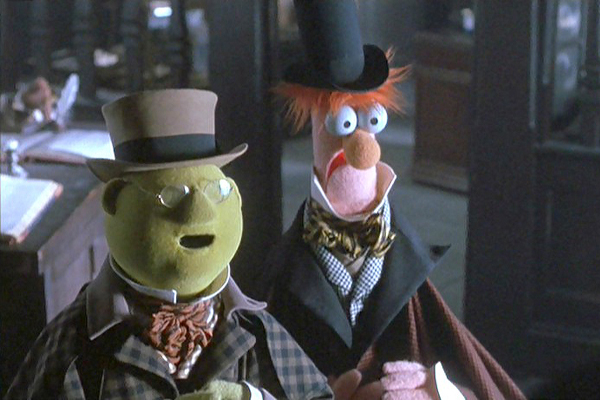 OK, so this is a bit of cheating by picking a TV character instead of a movie character. And on the surface, not an especially flattering comparison for one of the best coaches in the Big Ten. But we mean it in the best way possible.

This year, the Boilermakers beat No. 2 Iowa. In 2018, Brohm’s Boilers beat No. 2 Ohio State. Indeed, no program in the country has more wins in history against the nation’s No. 2 team when unranked than Purdue.

Which makes Brohm the master of No. 2.

In other words, Mr. Hankey, the Christmas Poo.

There are plenty of well-connected guys in Jersey, but typically they’re connected with guys that’ll put you 6-feet under rather than with the man upstairs.

Getting a 5-7 Rutgers team to the Gator Bowl when its season appeared to be over is clearly the work of some sort of guardian angel. Greg “Clarence” Schiano.

Like they say, every time Rutgers wins a bowl game, an angel gets its wings.

Chryst isn’t exactly the “bah humbug” type of individual, but he also doesn’t exactly scream fun, either. Maybe it’s not the perfect comparison, but the Wisconsin head coach gives off the vibe he’d rather sit in his office churning through game film than celebrate the Christmas holiday for 5 minutes.

Maybe we would have come up with a more favorable comparison if it was spelled “Chrystmas.”

Alex Hickey
Alex Hickey is an award-winning writer who has watched Big Ten sports since it was a numerically accurate description of league membership. Alex has covered college football and basketball since 2008, with stops on the McNeese State, LSU and West Virginia beats before being hired as Saturday Tradition's Big Ten columnist in 2021. He is an Illinois native and 2004 Indiana University graduate. You can find him on Twitter at @bigahickey.