It’s not an easy thing to do.

Ranking players regardless of position can sometimes be a difficult task. For instance, how does one compare a dominant defensive end to one of the league’s best quarterbacks? How can you measure a safety’s impact compared to a tight end’s?

Well, Pro Football Focus took a stab at that.

PFF’s Sam Monson ranked all 101 players in the NFL right now. All positions were weighted equally, the PFF grading scale played a significant part for players who were on the shelf in 2015.

In all, 15 B1G players from eight different schools cracked the list. Wisconsin had the most representatives of any B1G school with four, including the top player in the entire league.

Here’s what Monson had to say about each B1G player in the top 101:

“Before the 2015 season, Vontae Davis had seen his career only moving in one direction. He had improved year on year, culminating in a 2014 season that was among the best we have ever seen for a cornerback since we began grading games in 2007.”

“If you could promise me Cameron Wake would enter the 2016 season as 100 percent of the player we saw before he went down with an Achilles injury, he would be among the first 20 players on this list. However, at his age, and with that severe of an injury, it seems more likely than not that he will experience some kind of drop in production and performance.”

“Few players have had their careers blighted by injury as much as Sean Lee, who is one of the league’s best linebackers when he is on the field, but so rarely stays there for any length of time to prove it.”

“There isn’t a better advertisement for the impact a defensive scheme can have on a player than Malcolm Jenkins, who has been a completely different producer in Philadelphia than he ever was in New Orleans.”

“When you watch the Green Bay defense for any length of time, the first player to catch your attention is Mike Daniels. In the way you don’t need to be told who the draft prospect is on a small-school team, he jumps off the tape in the first few plays and separates himself from the rest.” 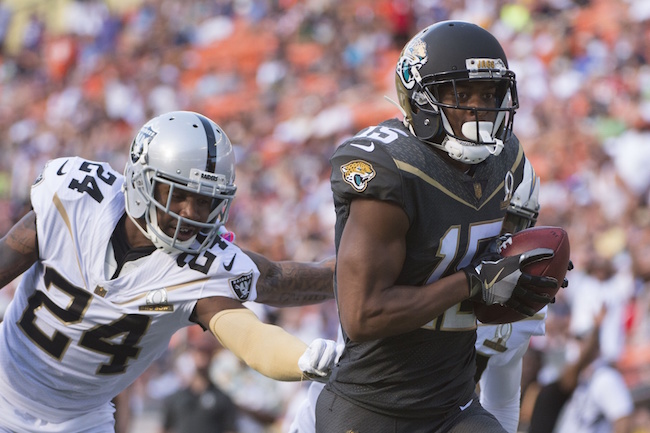 “Going back and looking at former Penn State quarterback Christian Hackenberg’s freshman season during the pre-draft process was a reminder of just how good Allen Robinson is. There may be nobody better in the game at winning 50/50 jump balls and attacking deep passes at the right point without alerting the defensive back to the ball’s arrival than Robinson, and he was doing the same thing for Blake Bortles in 2015.”

“Drew Brees isn’t quite at the same level he was a few seasons ago, but he is still an excellent quarterback and probably isn’t being given enough recognition for the level of his play given his age.”

“It’s a great time for interior defensive studs, and Carolina has one of the best in Kawann Short, who has become the more dominant of the two defensive tackles that the Panthers drafted in 2013. Short has improved with each season in the league, and actually improved his grade against both the run and pass game in each season, too, marking an impressively consistent developmental curve.”

“Oftentimes in the NFL, offensive linemen can develop an undeserved reputation that lives with them for most of their careers. That is most definitely not the case with Travis Frederick, who is deservedly seen as one of the best centers in the game, if not the best.”

“Russell Wilson is so much more than the game-managing quarterback he often still gets accused of being. He brings a rushing dimension to the offense and the threat of the read option, but it’s usually just there to keep defenses honest, and not something he looks to do unless it’s the smart option.” 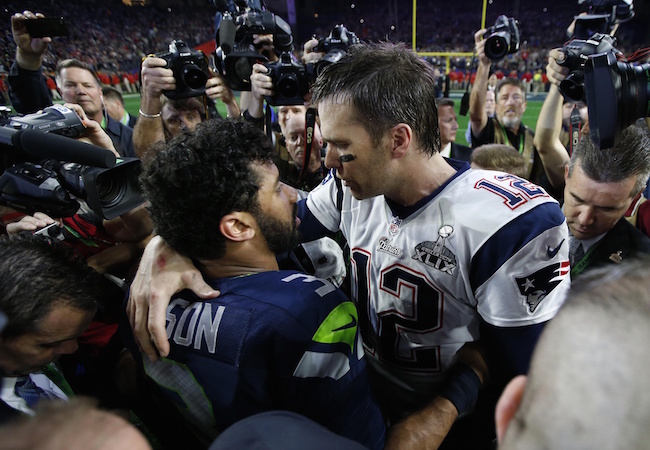 “Remember when some idiot said that Tom Brady was a declining force back in 2014? Who was that guy? Oh yeah, right… Anyway, since then, Brady has been playing arguably the best football of his career, and there may be no quarterback with a greater mastery of his offense.”

“Marshal Yanda has never graded negatively overall in either run-blocking or pass-protection over a season, and this past year surrendered just 17 total pressures over 1,155 snaps. He was the best-graded guard in the league by a reasonable distance, and at this point, is the standard by which all other guards need to measure themselves.”

“Joe Thomas has been the benchmark of pass-protecting left tackles since he entered the league, and shows no sign of relinquishing that crown anytime soon, even if there are at least rivals to his throne.”

“Le’Veon Bell only carried the ball 113 times last season before being shut down, and yet he ended the year with the fifth-best rushing grade in the NFL if we lower the snap threshold far enough to include him.”

“What is left to say about J.J. Watt? We are past the point of naming him an elite talent, or even a generationally-great player. What we are now talking about is just how far up the list of all-time greats he will land by the time he calls it a career. Watt has the ability to go down as the greatest defensive player the game has ever seen, and only longevity can secure that title at this point.”