How many wins would meet expectations for each B1G team in 2017?

Certain fan bases — looking at you, Georgia and Tennessee — expect their team to win 11 games and compete for a national title every year. National pundits — looking at you, Colin Cowherd — unfairly write off certain teams based on reputation.

So let’s find the happy medium and set the bar for each B1G team’s regular season win total:

Why — Lovie Smith isn’t in bowl-or-bust territory yet. That’s a good thing because he has a tricky non-conference schedule. Going from three to five wins — especially in the B1G West — is manageable.

Why — That’s the new measuring stick in Bloomington. Bowl or bust is the reality for a team that earned three consecutive postseason berths once in program history. With a first-year head coach and a brutal start to conference play (vs. Ohio State, at Penn State, vs. Michigan, at Michigan State), that won’t be easy. 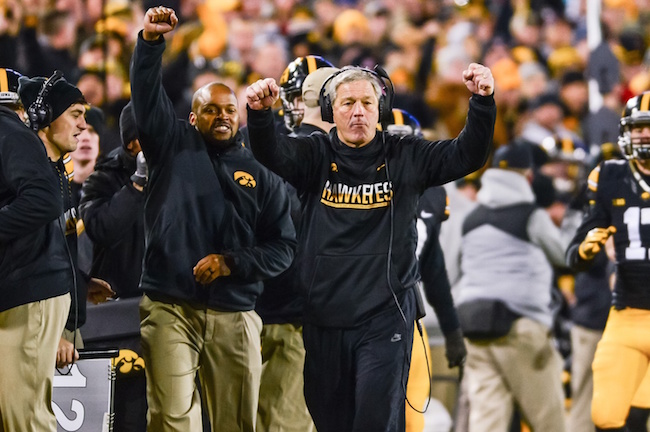 Why — Iowa’s new-look offensive staff should pay dividends, but the Hawkeyes are still have major questions at quarterback and receiver. On top of that, the Hawkeyes drew crossover tilts with Michigan State, Ohio State and Penn State. Getting to eight wins wouldn’t be a letdown.

Why — I know that matching last year’s win total might not be the expectation of every Maryland fan, but it should be. Two of Maryland’s crossover games are on the road against Minnesota and Wisconsin, both of whom won at least nine games last year. Couple that with a difficult non-conference slate and a never-forgiving B1G East and you get a battle for six wins.

Why — Let’s just make that the floor win total for every Jim Harbaugh season. Michigan will have limited hype given the way 2016 ended and with all the talent it lost. But if the Wolverines win that opener against Florida, the hype will spike back up again. Ten wins with games at Penn State, at Wisconsin and vs. Ohio State would be nothing to scoff at. 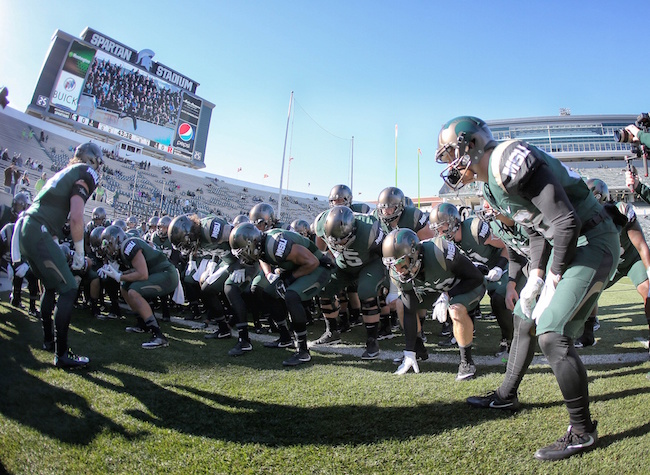 Why — This might be the toughest team to project. The expectation is that MSU will bounce back after a disastrous 2016. With only one of their first eight games outside the state of Michigan, that looks possible. The question is whether or not MSU’s 2016 core was inexperienced or just not very good. Seven wins under Mark Dantonio isn’t a banner year, but given the way 2016 went, that would be welcomed with open arms in 2017.

Why — There’s plenty of hype surrounding the P.J. Fleck era, as there should be. But Fleck’s 13-win season came with the best quarterback and receiver in program history against MAC defenses. He’s dealing with much different circumstances at Minnesota. He doesn’t have the talent or the favorable schedule that Tracy Claeys did last year. Seven wins is a respectable floor for Minnesota.

Why — Because nine wins is just the norm in Lincoln in the 21st century. Even with a non-conference game at Oregon and crossover tilts against Ohio State and Penn State, nine wins is still the bar to meet for Mike Riley. Taking a step down after a bounce-back year could hurt his long-term outlook in Nebraska. Ten wins and another solid recruiting class could warrant an extension.

Why — In case you didn’t notice, Northwestern will return one of the top tailbacks in the country. The Wildcats also still have defensive playmakers even without Anthony Walker, Jr. Back-to-back seasons with a winning record in conference play should raise the bar in Evanston. Winning eight games in the B1G West — without a tough non-conference schedule and with five B1G home games — isn’t far-fetched. 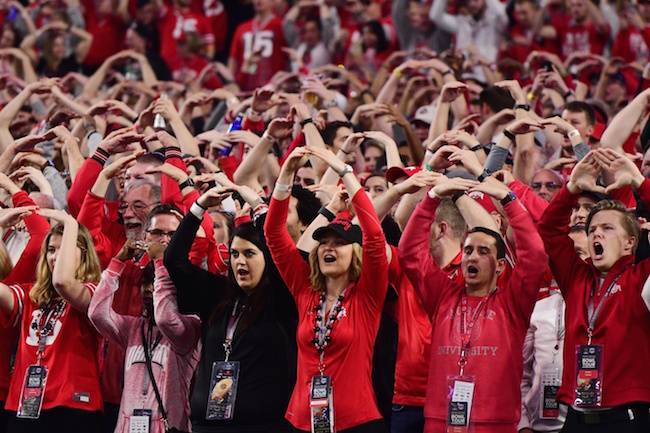 Why — Ohio State gets one mulligan. That’s it. Anything more than that is considered a down year. That’s life in Columbus. Ten wins wouldn’t be satisfying and 12 would put OSU firmly in the College Football Playoff. Going to Iowa, Michigan and Nebraska won’t be easy, nor will home games against preseason top-10 teams Oklahoma and Penn State. But until further notice, 11 wins is the bar to reach.

Why — Yes, there’s that kind of hype in State College. There should be. The Lions return nearly all of their offensive production, with the exception of Chris Godwin. The Lions do have a three-game stretch of vs. Michigan, at Ohio State and at Michigan State. But a preseason top-five team should get out of that at least 2-1. If Penn State is going to battle for a playoff spot, 11 regular season wins are a must.

Why — A new coaching staff and a brutal non-conference schedule isn’t usually a combination that yields a win increase. But given how awful Purdue was in the Darrell Hazell era, it won’t take much for a win increase.

Why — Again, if four wins is an unrealistic expectation for a team, what are we doing here?

Why — Here’s a crazy thought. If you were picking preseason favorites today for every Wisconsin game in 2017, the Badgers might be favored in all of them. Road games at BYU, at Nebraska and a home game vs. Michigan won’t be locks, but Wisconsin won tougher games than that in 2016. We already wrote about how they might be national title sleepers. That doesn’t mean they SHOULD be penciled in for 11 wins and a potential playoff bid, but don’t be surprised if they get there.