One of the things that will look much different about the upcoming college football season is how media days are conducted in each major conference.

Due to the pandemic, conferences were forced to cancel the in-person plan for media days and shift to a virtual method. The ongoing pandemic also required leagues to delay the original date of media days, leaving conferences scrambling to find new dates.

On Wednesday, the Big 12 revealed its plan for its virtual media days schedule. The annual event will be conducted on Monday, Aug. 3 and appears to only involve commissioner Bob Bowlsby and the head coaches from the 10 schools.

No players appeared on the lineup for the event that was released.

It will be interesting to see if other conferences follow the Big 12’s plan for a virtual media day, doing most interviews in a single day or if they incorporate a different method.

Below is the schedule from the Big 12: 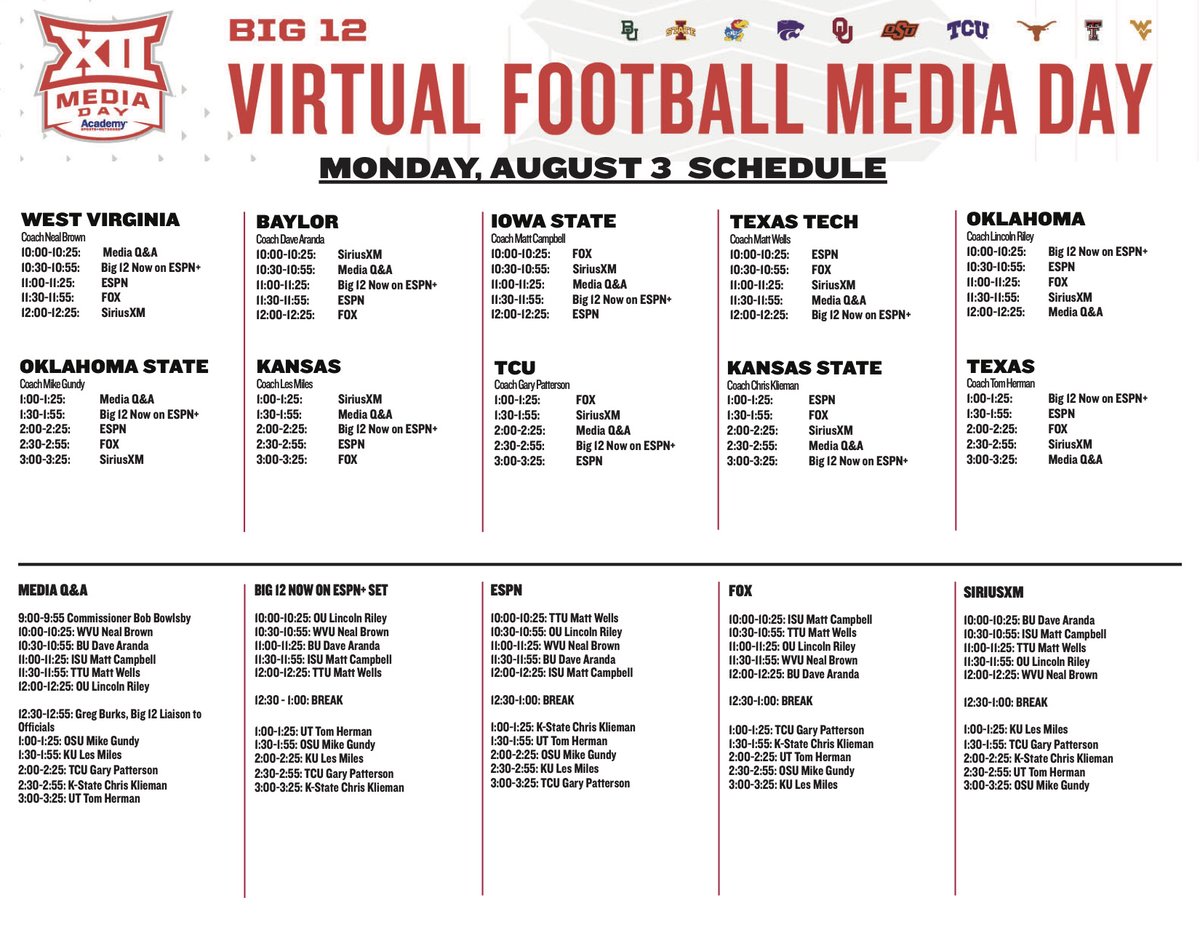