B1G commissioner Kevin Warren has released an open letter to the B1G community, eight days after the league announced it was canceling fall sports for the 2020 season. It’s the first released statement since the conference elected to not play any sports during the fall semester.

Warren indicated that a vote was taken on fall sports among B1G presidents and chancellors, and there was overwhelming support to postpone sports until the winter or spring. Despite push from parents and players, Warren’s letter states that the idea will “not be revisited.”

In the letter, Warren also detailed some of the reasons behind the B1G’s decision. From the letter:

Listed below are the primary factors that led to the Big Ten COP/C decision:

No other specifics were provided in the letter.

You can read the B1G’s full statement below: 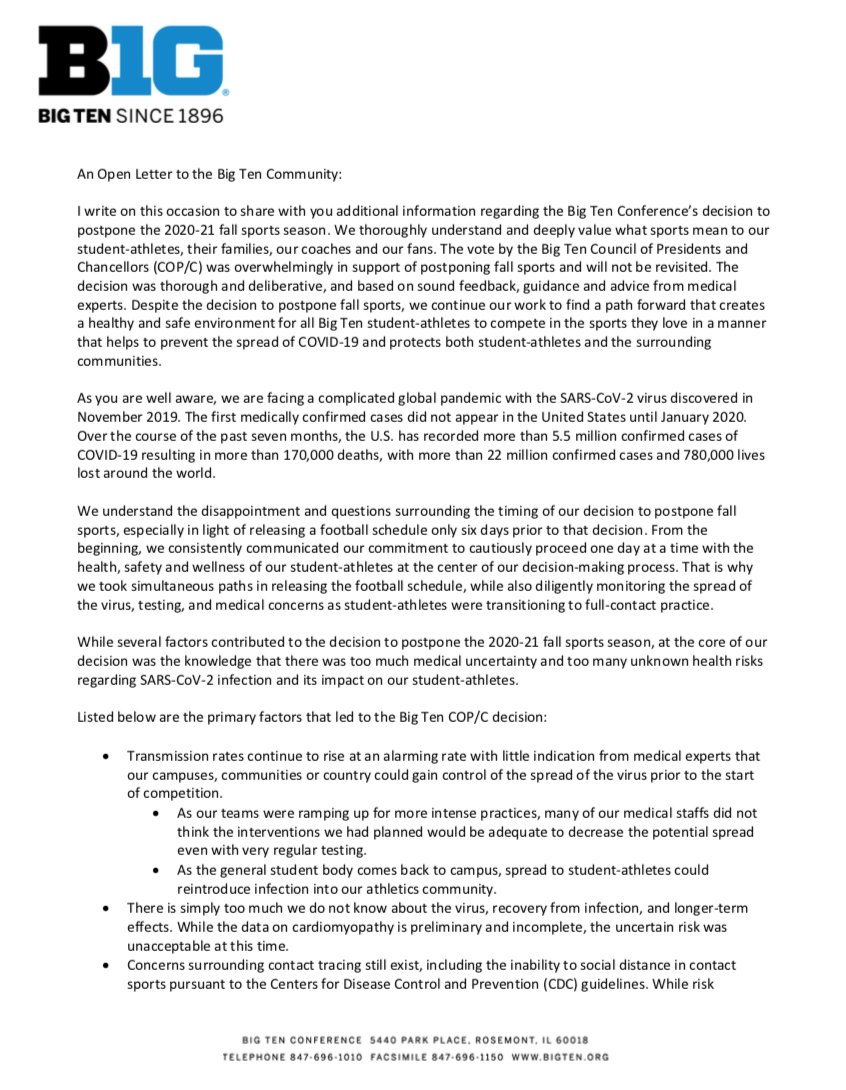 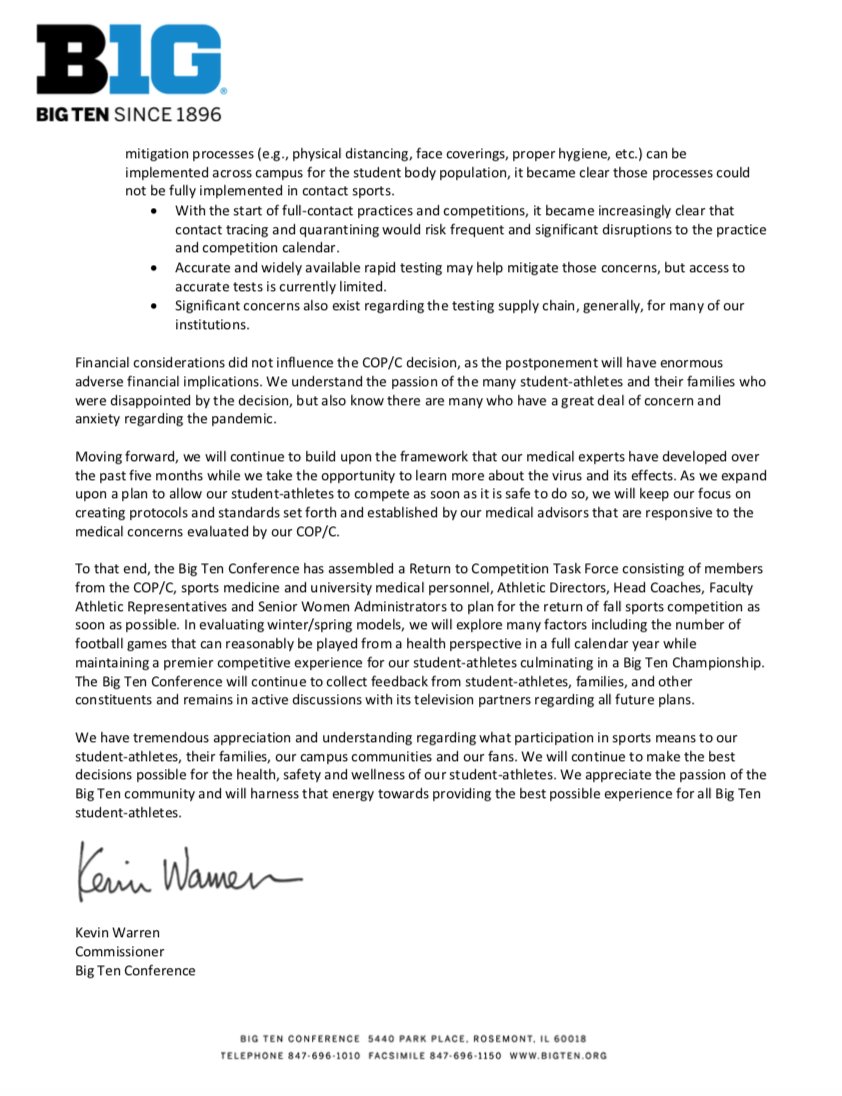