You knew it was coming.

Having Mark Dantonio and Jim Harbaugh hold a joint press conference was going to be awkward no matter what. It was last year, and that was with Urban Meyer. 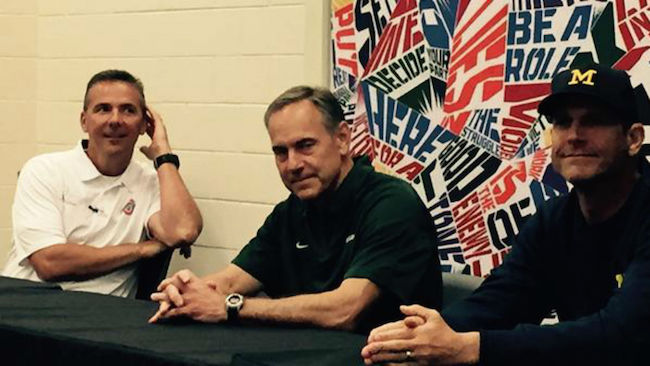 Well, Dantonio and Harbaugh were back at the Sound Mind Sound Body camp in Detroit on Friday. Unfortunately, they weren’t joined by Meyer. Fortunately, they still held a joint press conference, full of awkward photos together.

The two addressed the media, which surprisingly wasn’t able to get a picture of the two sharing a belly laugh together. Instead, they were all equally awkward.

Matt Pargoff took this picture of the two: 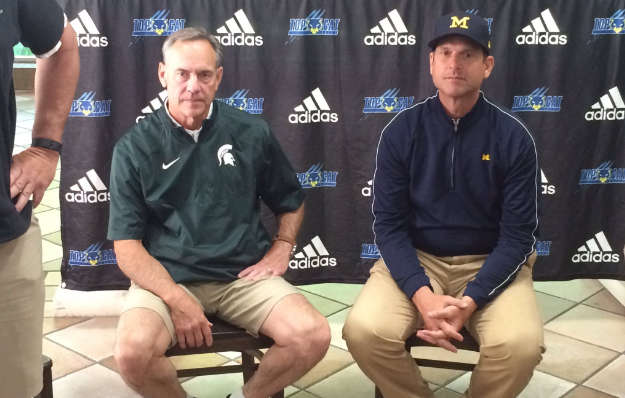 Angelique Chengelis of the Detroit News snapped this candid pic: 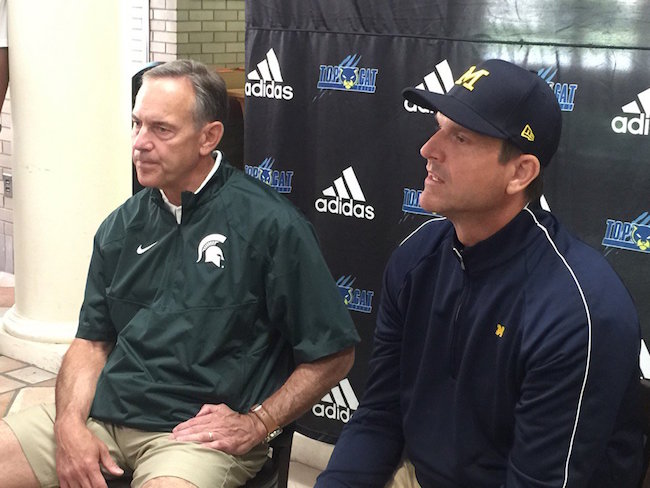 This gem of awkwardness was courtesy of Matt Wenzel: 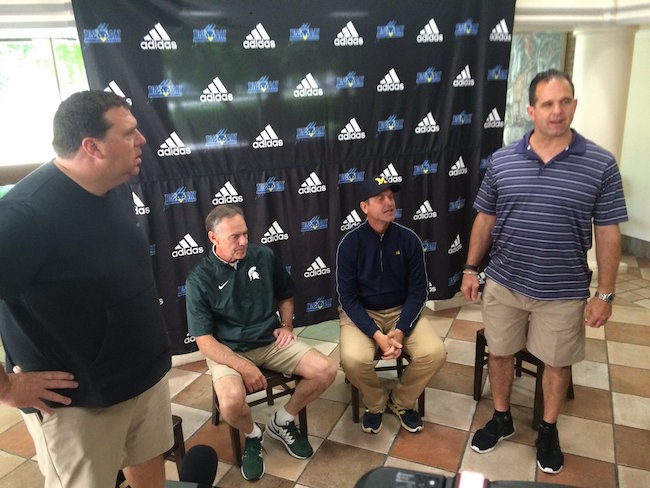 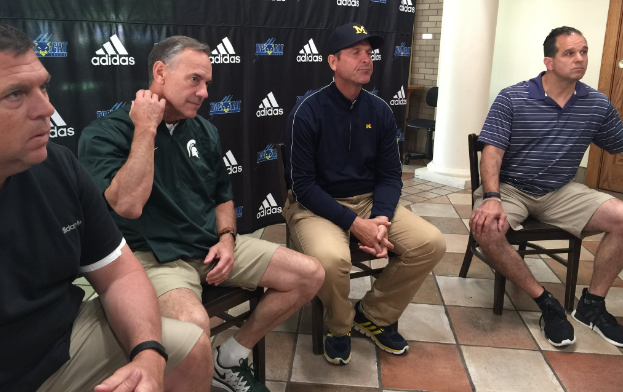 Yeah, it was awkward from every angle:

If there were any smiles shared between Dantonio and Harbaugh, they weren’t captured by any bystanders.

On a related note, Dantonio did say that he hopes the B1G coaches will have a unified stance on satellite camps during next week’s conference call with the media.

If they don’t, that could be another awkward interaction with the media. But it would still pale in comparison to this one.