Now that Ohio State is officially back in the mix, everyone at ESPN believes the Buckeyes are a lock to reach the College Football Playoff at the end of the season.

Sunday, a panel of ESPN’s college football experts updated their College Football Playoff picks following the fourth week of the season, and the opening weekend of SEC play. Even though Ohio State hasn’t played a snap yet — and won’t for another month — the Buckeyes are a unanimous selection to earn a spot in the field.

Alabama and Clemson are also unanimous selections and the panel is torn between Miami and Florida as the fourth team to earn a spot in the field. Here’s how the analysts picked: 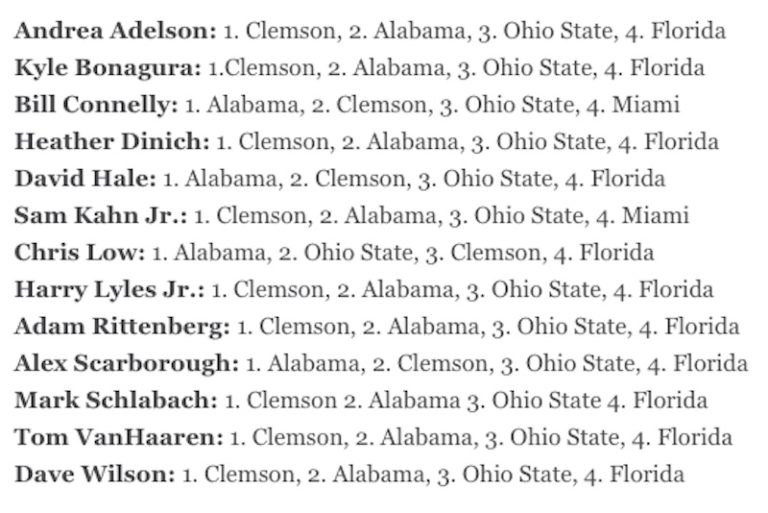 Clemson is off to a 2-0 start with wins over Wake Forest and The Citadel, looking impressive in both victories. Alabama started the season off with a 38-19 victory over Missouri on the road, but jumped out to a 35-3 lead before allowing two touchdowns late in the fourth quarter by the Tigers.

Miami has been the talk of the college football landscape, defeating UAB, Louisville and Florida State and winning each game by double figures. Florida looked impressive in its season opener with a 51-35 victory over Ole Miss on the road.

Even without playing a game, Ohio State will likely be firmly planted in one of those four spots, as it’s perceived as one of the best teams in the sport in 2020.