Bruce Feldman is one of those people. The Fox Sports TV analyst and Sports Illustrated writer is as connected as they come in the college football world.

We caught up with Feldman at B1G Media Days in Chicago to discuss all things B1G.

Saturday Tradition — What is the state of the B1G now compared to last year? Have you seen a dynamic change with the coaching, especially with James Franklin taking a step up?

Feldman — Yeah, I think it started with Urban (Meyer) coming in now six years ago. It doesn’t seem like that long ago. You saw that upgrade. Then Harbaugh came in and so much attention came of it because obviously Michigan State had been good, Iowa had been solid, but there wasn’t a national respect there.

I don’t think a lot of people in B1G country really got what James Franklin did at Vandy. I mean, to have them with back-to-back top-25 finishes at Vandy…I mean, Vandy had been awful. Then, after he left, Vandy went way back down again. Now they’re not all the way down, but down.

To see what he was able to do last year to win the toughest division in college football and win the B1G, and do it the way they did — even though they didn’t win the Rose Bowl, just the show they put on — I thought it was a huge plus for the B1G because it was exciting football. Look, (Franklin) deserves a lot of credit because he hired Joe Moorhead and that turned out to be a brilliant move.

B1G football has become very entertaining, just the style of it. Whether it’s the Penn State offense with Saquon Barkley and Trace McSorley, or Michigan and Jim Harbaugh and his whole persona is as big as anybody in college football, then you have Urban and what they’ve been able to do. That’s just a big deal.

And under the radar, you have Wisconsin and that meat grinder schedule and they definitely represented the B1G well. It’s so far different than it was even just three years ago when it was just Ohio State and everybody else. 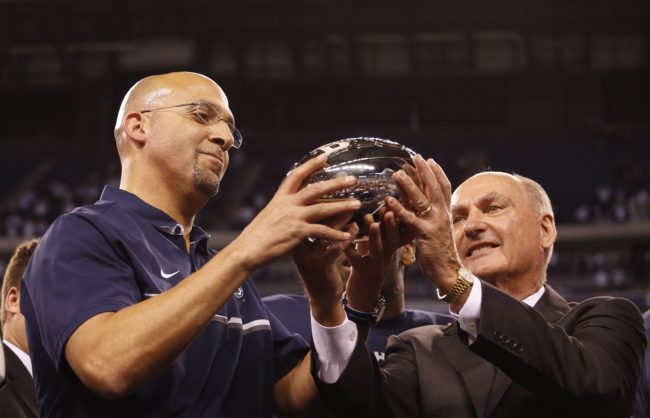 ST — The narrative used to be that the B1G was just Michigan, Ohio State and everybody else. But now that Michigan State and Penn State won the B1G the last two years, how important was that for the conference’s national reputation that a non-Michigan/Ohio State team was relevant?

Feldman — Oh, I think it’s crucial that it’s more than the big two and everybody else. For Penn State to do what they did…a lot of people midseason weren’t sold on James Franklin, then they upset Ohio State. Covering the sport on a national level, I know even the people who were like, ‘Eh, you know…he won nine games at Vandy, but who did they beat?’ Well, you can’t say that after who Penn State beat last year because Ohio State was as talented as anybody. I think that’s huge.

I think the Wisconsin-LSU game was a big one to catch people’s eyes because everyone knows how talented LSU was. Now, let’s see what happens with Nebraska — I feel like Iowa has been really solid all along — but let’s see if Nebraska can be another team that jumps back. You have the big three on the East side, those are all traditional powers. If Nebraska can get anywhere near close to what they were, that’ll be a big thing because it’ll help the balance of the other side.

ST — You spent a few days around Penn State this offseason. What was the biggest takeaway point you saw from getting the all-access look at the way they did things?

Feldman — A couple of things. First of all, what really was like, ‘Woah,’ was seeing how huge and athletic their receivers are. And honestly, (Mike) Gesicki is a tight end, but he still falls in the category of huge, athletic receiver. You just had a bunch of guys. Everywhere you looked, you had a 6-4, 6-5, 225-pound guy with long arms who’s athletic.

I knew about Saquon, and I knew McSorley was a really good quarterback, but I didn’t know…I had the Rose Bowl last year, so I saw Chis Godwin making big plays but he’s off to the NFL now. That bodes well. I know they have a young slot guy who’s really dynamic and they have other pieces.

How much better can they be on defense? I thought Brent Pry did a really nice job with that. I don’t know if they have the level of front seven and certainly the defensive linemen that Michigan State had, that certainly Ohio State and Michigan has. But that’s the difference in (Penn State) being a top-10 team and being a team that can win a national title right now. 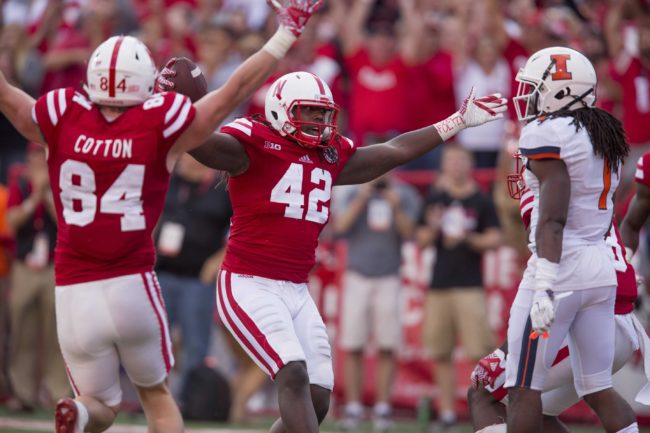 ST — Is there a sleeper team that sticks out to you?

Feldman — The one I’m most curious about is Nebraska, just because Tanner Lee is a really talented quarterback and Mike Riley has had some teams that can be giant slayers. I remember at Oregon State when he would knock off USC and give them problems. I’m curious if that team can take a big step. I know the schedule is challenging, but that’s the one to me.

It’s hard to call Wisconsin a sleeper after what they did last year and with the type of players they have. But I look at Nebraska as someone nobody is saying they’re a top-15 team. Penn State, if they’re not a top-10 team, it would surprise people. As long as Saquon is there this year, they’re a Heisman contender.

I feel like I have three teams that I’m sold on as playoff teams and one of them is Ohio State. I feel pretty good about Ohio State after being in Columbus. When I talk to people that are close to Michigan, they feel like, ‘Don’t underestimate the talent they have there.’ So it’s a fun time of year to see how this is gonna play out.

I’m also curious to see how someone on the bottom (of the B1G) is gonna do. Like, where is Purdue gonna be? Where is Illinois gonna be? Is Maryland gonna get that much better? You look at their schedule and you’re like, ‘Where are their wins gonna come from?’

ST — With the B1G going scoreless in the last two playoff appearances, is the regular season sort of lost for the conference? Is it more just about what happens in the playoff in terms of how the conference is gonna be viewed nationally?

Feldman — I think after the last two years, you probably need to be competitive. You get a little bit of slack because Ohio State did beat Alabama and did win the playoff a couple years ago. But you can’t have a third year in a row of a clunker. All of the sudden, people are gonna come back and say, ‘Well, wait a minute now. Your best has gotta be the measuring stick.’

That’s how the SEC was able to claim to be the best all those years in a row. That’s why you can’t really knock Jimbo Fisher’s claim or people in the ACC that claim they’re the best conference because they won two of the last four titles and they just won one last year.