Five B1G questions for the second half of the season

Either way you look at it, we’ve reached the midway point of the season and everything is going just as we expected, right? Well, not exactly.

Michigan State and Iowa are out of the playoff picture, Purdue fired its head coach, Indiana’s defense is outperforming the offense and Nebraska is undefeated. What we’ve seen through seven weeks might have not been what we anticipated but it sure has created some good storylines and has made for some pretty interesting football.

So what’s next for the B1G?

Here are some of the questions we have as the college football season crosses over into the second half of the season. 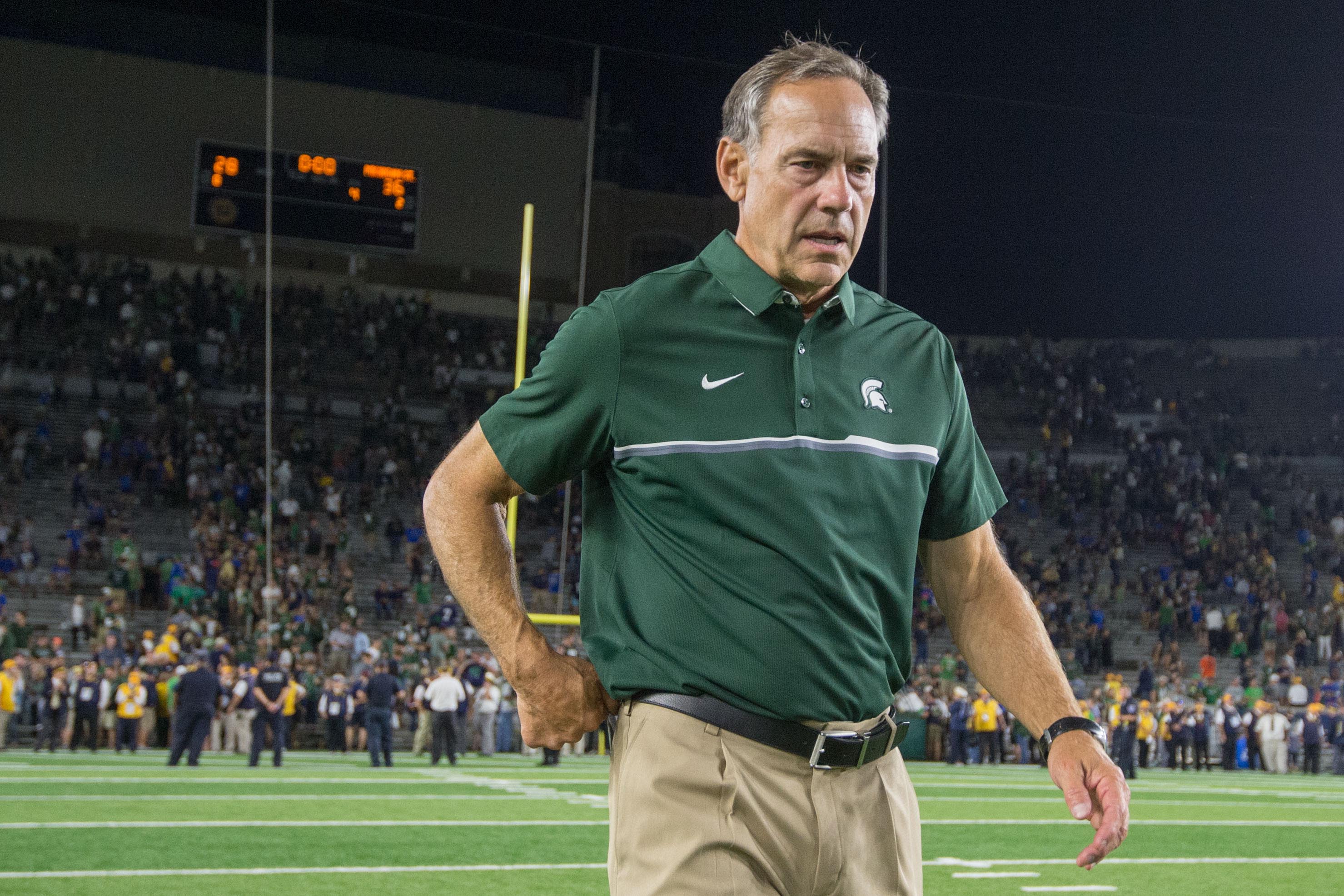 Is there any way Michigan State can salvage the season?

The Spartans have endured a pretty hard fall from grace. Back-to-back conference titles is out of the picture so now it’s time for Michigan State to alter its focus. Games against Michigan and Ohio State are still on the schedule and a win over a top-10 team would certainly give fans in East Lansing something to celebrate. Even a 6-6 season and simply earning a bowl berth would be a victory for Mark Dantonio at this point.

Saturday’s game against Maryland has become a must-win. If the Spartans drop their fifth-straight contest, it’s hard to believe anything positive will come from the 2016 season.

How will Purdue respond after Darrell Hazell’s firing?

Sometimes players respond well to a midseason change – a la LSU after the firing of Les Miles – other times things stay status quo. It’ll be interesting to see what the Boilermakers do after Hazell was fired and what changes Gerad Parker brings to the field each week.

This could be fun to watch. Parker and the Boilermakers have nothing to lose and the change in leadership could be a spark that Purdue needs to become more competitive. Or it could not be. Either way, don’t expect to see the same things that Hazell did in his 42-game tenure.

Could J.T. Barrett’s inconsistency cost the Buckeyes a game before the showdown with Michigan?

Before Ohio State fans fly off the hinges, let me explain.

It’s not like Barrett is throwing several interceptions per game or is completing passes at a 50 percent rate. He’s still a Heisman contender and is still the B1G’s top quarterback. But he has been vulnerable times, particularly against Indiana’s defense a few weeks ago. He completed just nine-of-21 passes for 93 yards. There’s still some good pass defenses that the Buckeyes will face before “The Game” against Michigan.

Penn State is only allowing 172.7 yards per game through the air. Nebraska has 11 interceptions on the year and has only permitted four TD passes. A poor outing against either of those opponents could be costly.

What will Nebraska’s offense look like against Ohio State, Wisconsin and Iowa?

The Huskers have been praised for their offensive balance, and for good reason. Nebraska is average 220.5 yards per game on the ground and 233.8 yards per game through the air and have dominated fourth quarters, outscoring opponents 88-13 in the final 15 minutes. The schedule has been fairly soft to this point, though.

Nebraska has done exactly what it’s needed to offensively. But it’s still been untested. How it handles tougher defenses – three of the top five in the conference to be exact – is going to be interesting to watch. We’ll find out if the Huskers are the real deal in the second half of the season.

Does Penn State have a puncher’s chance to still win the B1G East?

Any thoughts of winning the division were basically thrown out the window when the Nittany Lions were blown out in Ann Arbor by Michigan to open B1G play. But an emotional win over Minnesota seems to have provided a spark for James Franklin and company.

Penn State would need some help. Michigan would have to somehow lose two games – which seems highly unlikely – and the Nittany Lions would have to take care of business this week against Ohio State at home and win out. It may be a far-fetched scenario, but Saquon Barkley seems to be hitting his stride and Trace McSorley is emerging as a pretty solid starter in Happy Valley.

Stranger things have happened. PSU has to win this Saturday, though, otherwise this question will be answered relatively soon.

Bonus question: Can the B1G get more than one team in the College Football Playoff?

There’s still a lot of football left to be played. Nebraska, Ohio State, and Michigan are all undefeated and Wisconsin even looks playoff worthy even with two losses to its name. So far, the B1G has been the best conference in the nation. Will that result in multiple bids in the four-team bracket? That’s going to be an interesting question at the end of the year.