If the BCS still existed, then Ohio State would be in an improved spot over the current College Football Playoff. 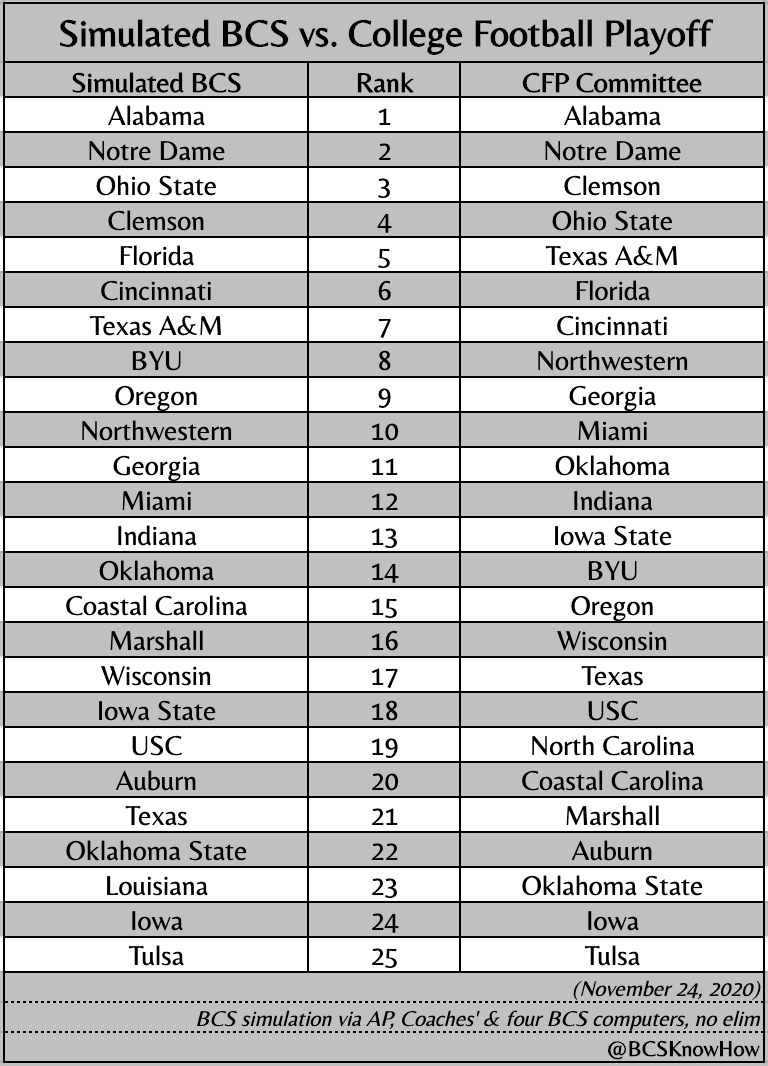 And while the Buckeyes are perhaps pining for the days of the BCS, having moved up a spot at Clemson’s expense (who drop to No. 4) in the projections, the rest of the Big Ten happens to like the playoff. The BCS wasn’t as kind.

Northwestern, No. 8 in the CFP rankings, drop down to tenth in the BCS projections. Wisconsin, No. 16 in the CFP, are one slot lower in the BCS ranking to No. 17.

A side-by-side comparison of last night's @CFBPlayoff rankings and our simulated #BCS, with some vast disagreements between the two systems: pic.twitter.com/ndCZCPYS4e