With the regular season in the books, expect to hear a lot more from Mel Kiper Jr. these days.

The ESPN NFL draft expert had a conference call on Thursday with college football reporters from across the country. Kiper didn’t get to every B1G prospect, but he certainly got to a lot of them.

Here’s what he had to say about B1G draft prospects:

“Jaleel Johnson, I’ve been back and forth on. I’ve been a little underwhelmed as the year went. I think with the defensive tackle position being pretty good, I think for me he’s more of a fifth-round type of pick.”

“With the ball skills he has and the ability to be a corner or a safety … now we’ll see what his speed turns out to be, how fast is he, how explosive is he. I think that’s going to be important, athletically and speed-wise, whether he can be a corner in the NFL. If he can’t, then he can project inside with his tackling ability. I have a second-round grade on Desmond King right now.”

“I started the year hopeful he’d be in the top 5-to-8 quarterbacks overall, and right now he’s not in the top 10. I have a late-round grade on C.J. Beathard right now.” 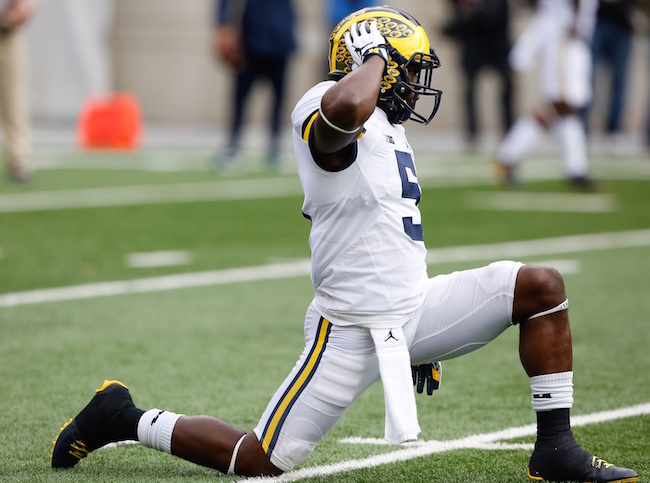 “Peppers is the No. 1 safety, slightly ahead of (LSU’s) Jamal Adams. I’m anxious to see what he runs and how he tests. … Every defensive coordinator, you’re not going to fit what they’re doing. So there are going to be some in the league that are gonna say, ‘Eh, that’s too high,’ to put him up in the top five, top 10.”

“Lewis has been a steady, consistent player. And does he have some of the wow factor that some of the other kids do? I didn’t see that. I have him sixth right now at corner. … But I think (Lewis) has a chance to be first-round pick. You could have a lot of corners going in Round 1. He’s certainly one of those guys.”

“I want to see what he runs. I think the 40 time will be very important for him. What does he run, how does he come in speed-wise because it’s a lot of competition at tight end this year. … A lot of tight ends. I think what he runs will determine whether he’s second-round pick or if he drops to the fourth-round area.”

“Darboh I think came through and made the big plays. He had some drops, but he made the big plays. Chesson, he started off higher than Darboh, and Chesson fell back and Darboh moved ahead. So both those kids are going to play in the NFL. I think Darboh right now, with his speed and the way he played this year – even though he did lack a little inconsistency and had a few drops – I think he’s a kid who goes maybe in that third-round mix and Chesson shortly thereafter. But I think both of those kids are very similar in terms of grade, and I had a higher grade on Chesson going into the year.”

“I think Charlton could be in the late first-, early second-round discussion.”

“Another player that I like at Michigan that we haven’t even discussed yet is Ryan Glasgow, the defensive tackle. … Glasgow I have a third-round grade on right now.” 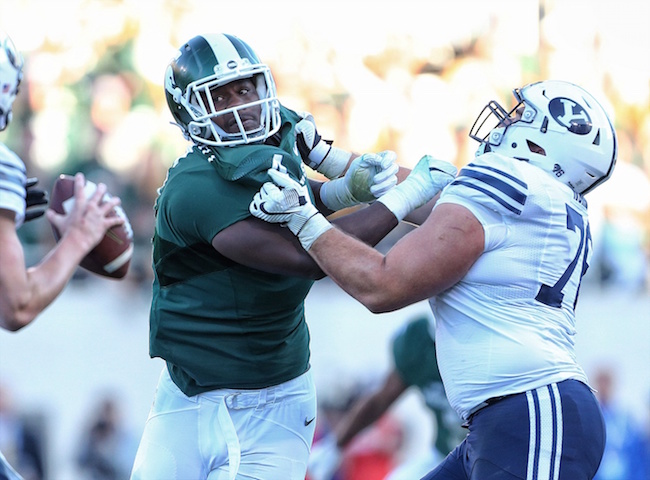 “I thought top five at one point. I don’t think that now. But I do think on talent and what you see in some games, that’ll be enough to get him into the middle of the first (round).

“I’d say it’s better to go back [for his senior year] because the defensive tackle position is so good this year. It’s one of the best positions in the draft potentially. With Richardson, while I liked everything I saw about him, I think another season would put him up in that top 5-8 defensive tackles overall. And certainly at that point, you’re looking at a 2-3 round bump from where he is right now, which is significant.”

“Leidner I’m not as high on maybe as you thought you would be when you started back in August. I think he’s more of a late-round guy.”

Mel Kiper Jr. says @shonrp2 would be, as of now, the top cornerback in the NFL draft if he leaves OSU, and it's a deep draft for corners

“(His returning ability) is going to be his position of strength going in. If it is enough when you put it all together — by the time we get into the whole evaluation process — he could be a fifth-, sixth-, seventh-round type pick.”