After a year without March Madness, the brackets have returned. We enjoyed Selection Sunday and all of us are fired up for this year’s NCAA Tournament.

During Sunday’s show, only the matchups and game days were revealed, with venue assignments and tip-off times to be announced at a later date. It didn’t take long for those to trickle out.

Just hours after the bracket was released, all the other information was released. We now have the tip-off times, broadcast information and court assignments for the First Four, as well as First Round games. The First Four will be played on Thursday, March 18 and the opening round of action will begin on Friday, March 19.

Here is the schedule for all nine B1G teams: 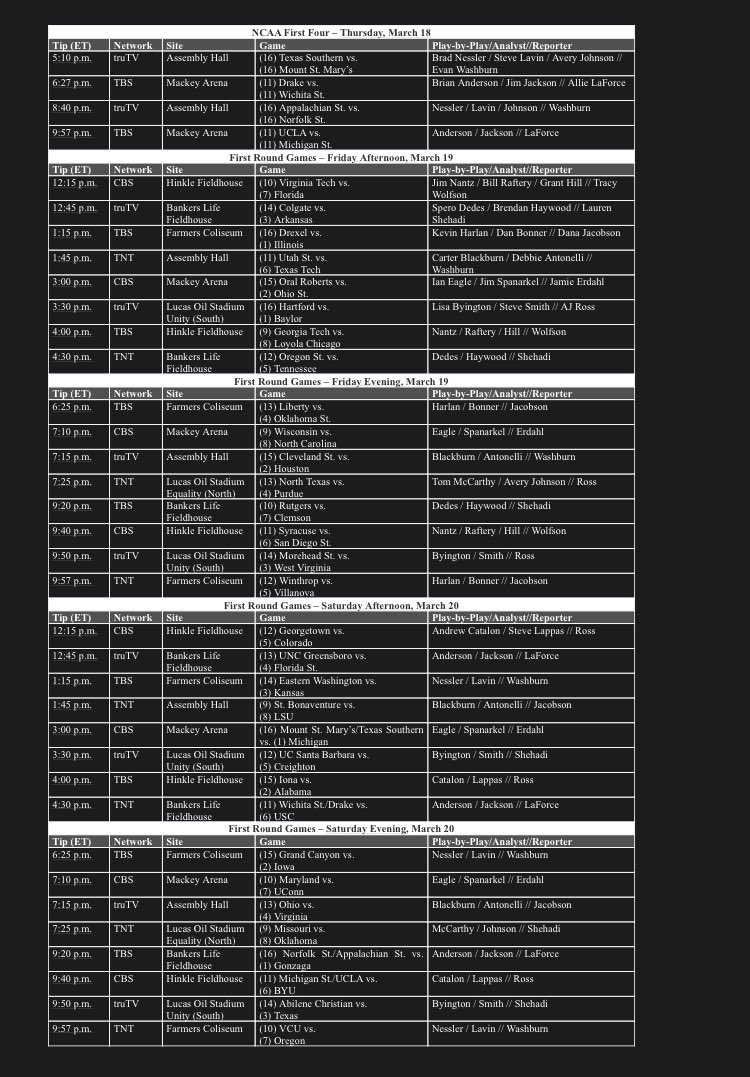