The NCAA Division I Wrestling Championships will take place March 19-21 at U.S. Bank Stadium in Minneapolis, Minnesota. Tickets for the event go on sale on March 20 on NCAA’s Wrestling website.

For the first time in history, the NCAA Wrestling Championships are moving from an arena to a stadium and return to Minneapolis for the first time in 24 years. The all-time collegiate wrestling attendance record is 42,287 set during the Iowa-Oklahoma State dual match at Iowa’s Kinnick Stadium in November of 2015. That certainly has a chance to be broken this year at the U.S. Bank Stadium.

Penn State won the Wrestling Championship in 2019. In fact, the Nittany Lions have won the last four championships dating back to 2015.

The NCAA Wrestling Championships will move on to St. Louis, Missouri, in 2021 and then on to Detroit, Michigan, in 2022. 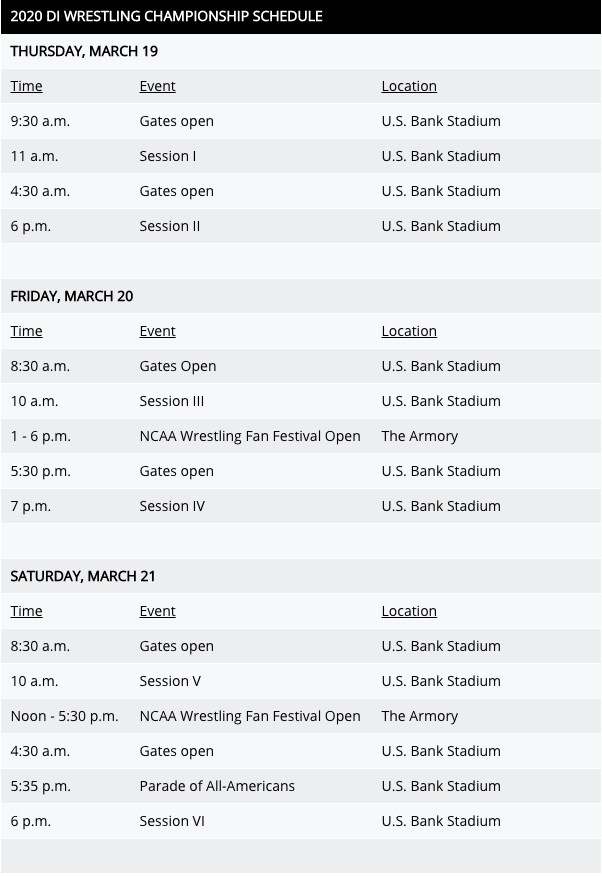