Why do B1G prospects feel they didn’t get combine invites? What do they do during the event?

The football world will spend the weekend watching 330 prospects compete at the NFL Scouting Combine in Indianapolis. Twitter will overreact to hand sizes and football drills that are completed without pads. Those prospects get a leg up in the pre-draft process, and understandably so. It’s an opportunity that every NFL hopeful covets.

But there’s a different group of draft prospects who won’t follow that path. Call them “combine snubs” or “under-the-radar” prospects. Either way, they won’t be competing in Indianapolis this weekend.

I talked with three B1G draft prospects who fell into that group. All of them had successful college careers, and all of them felt that they deserved to be in Indianapolis this weekend. That’s the case for essentially every prospect.

So instead of focusing on how it made them feel, I asked them “why?” and “what’s the plan over the weekend?” Those answers were a bit different. 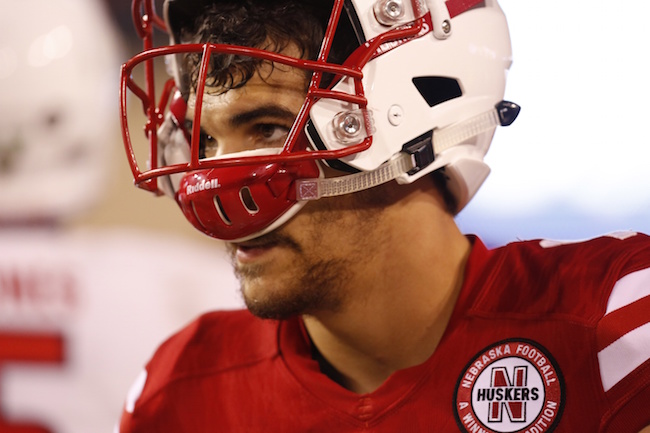 Why weren’t you invited?

There’s obviously more than one reason as to why certain players get combine invites and certain players don’t. The knee-jerk reaction as to why a player doesn’t get an invite is usually justified by one of three reasons. A player was either too slow, too small or not productive enough in college.

Not a single one of the B1G players I talked to used any of those reasons for their respective combine snub. They went in a different direction.

Former Rutgers defensive back Anthony Cioffi, who has been consistently recording 40-yard dash times in the 4.30-4.37 range, certainly wasn’t held back because of his speed. He was a four-year starter at Rutgers, where he did things like chase down Jabrill Peppers.

“To be honest, I’m not sure,” Cioffi told Saturday Tradition. “That’s something where I feel a lot of strings would be attached to it. Knowing people and just having that notoriety from a school. But we did have a poor year this year. Some of that stuff is always taken into account, but to be honest, I’m not 100 percent sure.”

Cioffi admitted that Rutgers’ struggles in 2016 didn’t exactly help his draft stock. In a borderline case like his, perhaps that was what made the difference.

Does program affiliation matter? Last year, Ohio State had 14 players invited to the combine. This year, Michigan tied that mark. Those numbers never surprise anyone.

Schools with the most players in the 2017 @NFL combine:

The assumption is that Power Five prospects, in general, shouldn’t have a problem getting an invite. But former Indiana linebacker Marcus Oliver believed that the reason he didn’t get invited had something to do with school affiliation.

“You’ve got to invite your Ohio State guys, your Michigan guys, your Michigan State guys and the big school guys. You also have to invite the little guys in that you don’t get to see as much,” Oliver said. “They’re looking at other things than just ‘Who’s the best guy?’ That’s not how it all goes. They’re trying to figure out which guys to bring in and see that teams might have questions about. It’s a lot more than numbers.

“I’m not focused on why I didn’t get there or whatever else. There are different reasons than what I did do or what I didn’t do.”

Indiana did get two players invited to the combine (Devine Redding and Dan Feeney), but programs like Eastern Washington and Texas El-Paso got just as many invites.

RELATED: Jordan Westerkamp has all the motivation he needs heading into the draft

Even Nebraska only had two prospects invited to Indianapolis. Jordan Westerkamp wasn’t one of them. The former Husker wideout suffered a meniscus tear during practice for the Music City Bowl and he wouldn’t have been able to compete in the combine drills. There are still many injured prospects (Jake Butt, Malik Hooker, Ryan Ramczyk) who got invited to the combine.

Though Westerkamp was one of the most productive receivers in school history, his physical limitations make him a borderline draft pick in the eyes of the experts. If not for his injury, Westerkamp didn’t feel that anything would’ve prevented him from being in Indianapolis this weekend.

“One hundred percent, yes, my injury did play a factor in it,” Westerkamp said. “I’m not beating myself up about it, but I’m still a little ticked off because I feel like I earned it and I put in the work and had a very successful college career. But injuries happen. That’s frustrating. But it is what it is and I can only control what I can control.”

What are your weekend plans during the combine?

Each prospect that I talked to had different schedules for the combine. They summed up basically the only three things to do without a combine invite.

Some take the path of Westerkamp. No combine invite means that they got extra time to train for their pro day. Westerkamp will train for a couple more weeks at Bommarito Performance Systems in Davie, Fla. He’ll spend the weekend working out, rehabbing and keeping tabs on his fellow training partner and Husker teammate Nathan Gerry.

Warming up! Feels good to be back on turf! @fabiantrejo23 Video Credit!

Cioffi will also get a workout in at his training facility. After spending the better part of two months in Atlanta, he continued his training at Parabolic Parabolic Performance & Rehabilitation back home in New Jersey.

Unlike Westerkamp, he won’t have any teammates to keep tabs on. Instead, he’ll watch the combine with a more skeptical approach.

“I want to see what these guys put up (in the 40),” Cioffi said. “…I know I’m gonna be upset. Honestly, I’ll probably turn the TV off after watching some of the stuff.”

Oliver plans of having a different combine experience than most of the other prospects. His training facility is in Fishers, Ind., which is only about a 40-minute drive from the combine. He expects to make the quick trip to get a feel for the weekend festivities.

RELATED: Why Marcus Oliver says his combine snub was a good thing

Oliver was unsure of the logistics when we spoke, but he did say that he’d love the opportunity to meet with front offices if time allows for it.

And like the combine participants, he’ll make it a full weekend.

“It’s not gonna be a day off. I’m gonna get something in whether it’s stretching or something else,” Oliver said. “But I definitely want to see the atmosphere. It’s cool to see those things. It drives you and it puts that chip on your shoulder for something you didn’t get.”

Whatever the situation for each of those three B1G prospects was, that seemed to be the consensus reaction. Frustrated? Of course. Motivated? Obviously.

B1G players of all shapes and sizes overcame combine snubs and still went on to have tremendous NFL careers.

Some of the borderline prospects that did get combine invites actually ended up hurting their draft stocks. A certain quarterback out of Michigan provided a friendly reminder of that on Friday.

I found my combine shirt from 17 years ago and it got me thinking. This is what they said about me then….. Poor build, Skinny, Lacks great physical stature and strength, Lacks mobility and ability to avoid the rush, Lacks a really strong arm, Can’t drive the ball downfield, Does not throw a really tight spiral, System-type player who can get exposed if forced to ad lib, Gets knocked down easily As @edelman11 always reminds me … “You can prove em right or you can prove em wrong!” Good luck to all of you this weekend!!