PFF College announces B1G Team of the Week for Week 7

These players had quite the performances in Week 7!

PFF College announced the B1G Offense and Defense Team of the Week Monday, and it had a distinct Purdue flavor. In total, five Boilermakers were honored with a Team of the Week selection following the 46-7 dismantling of Illinois.

The stars offensively for Purdue were QB David Blough and RB DJ Knox. Blough had an impressive performance, completing 25-of-36 passes for 377 yards and 3 TDs. He also had a seven-yard touchdown catch an  trick play. Knox carried the ball 17 times for 150 yards in the win. 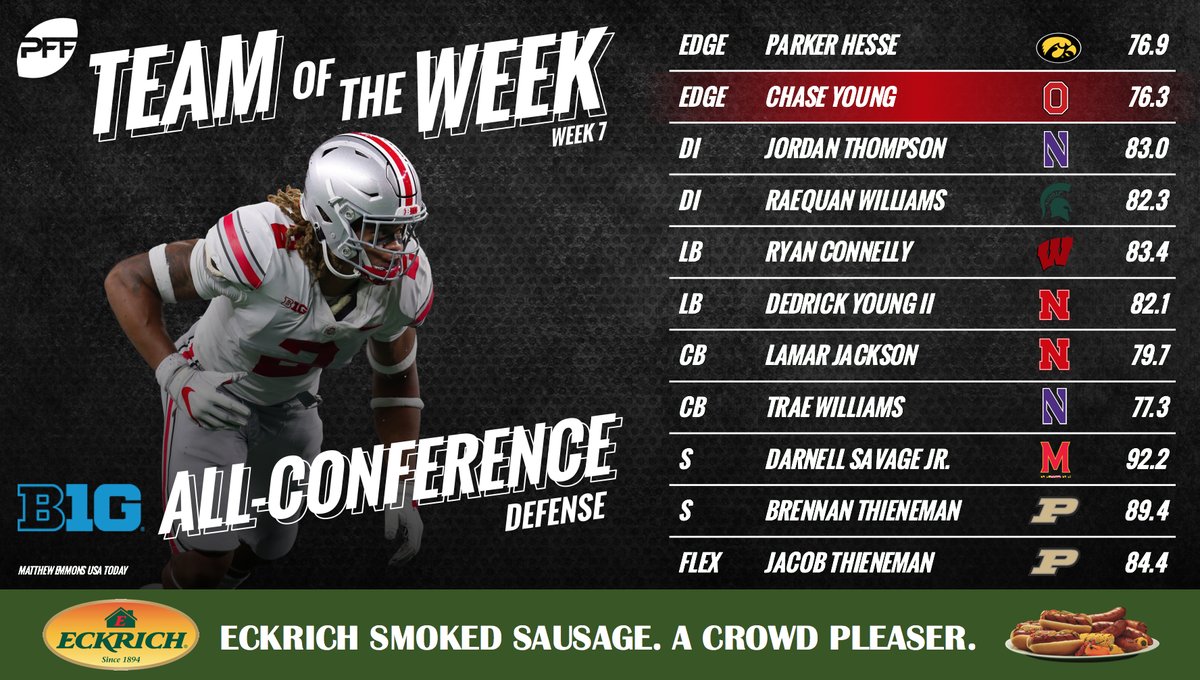 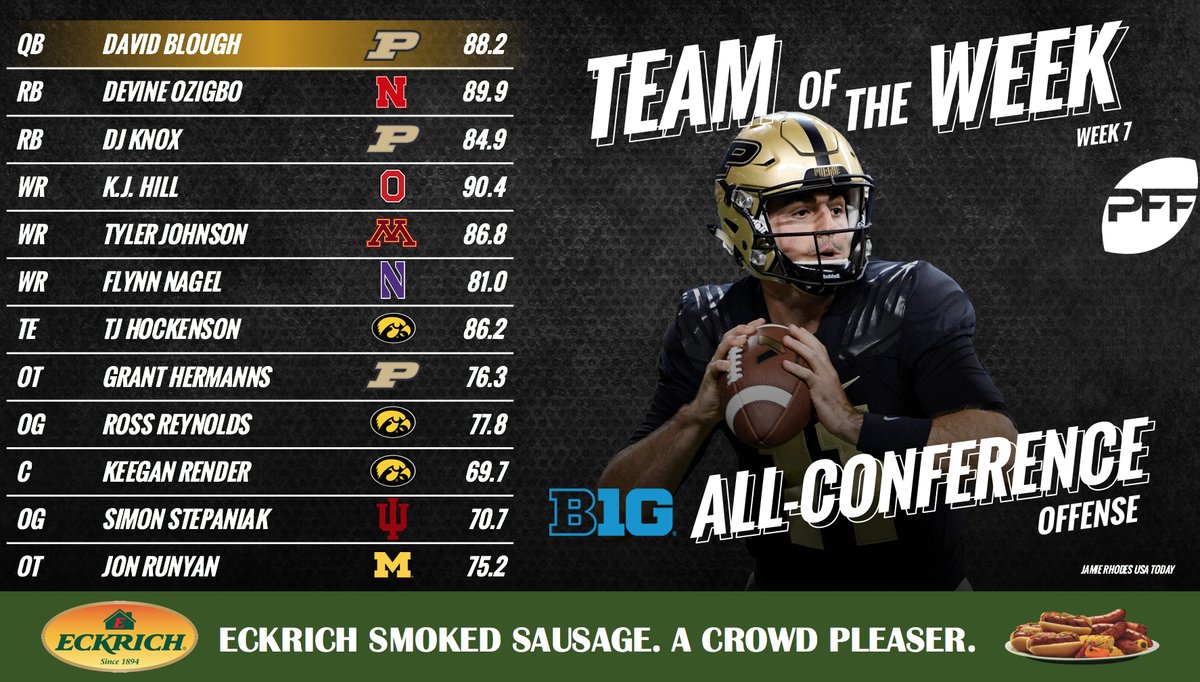