Playoff rankings reaction: Wisconsin made a statement, Ohio State needs to cheer for certain teams to win out

When it comes to the College Football Playoff: Top 25 release show on ESPN and the B1G, the talk is almost always about the undefeated and current No. 5 Wisconsin Badgers.

Will Wisconsin make the playoffs, ESPN college football analysts ask. Do the Badgers even deserve a spot, they also ask. But after defeating the Michigan Wolverines, 24-10, a particular analyst believes Wisconsin sent a message proving they deserve to be in the playoffs.

What to make of last weekend?
“Wisconsin sent a message to the College Football Playoff committee: ‘We are a national player!’ – @ESPNBooger

While McFarland was high on the Badgers, he still believes their resume is weak because it has gone from ugly to OK back to ugly because teams like Iowa and Michigan will probably finish the season unranked.

Now, Wisconsin wasn’t the only B1G team that was being talked about on Tuesday during the rankings release show. In fact, No. 9 Ohio State was the most discussed B1G team this week. The reason for that is because the Buckeyes’ path to the playoffs was heavily discussed. And that road involves a lot of cheering for certain teams to win out. 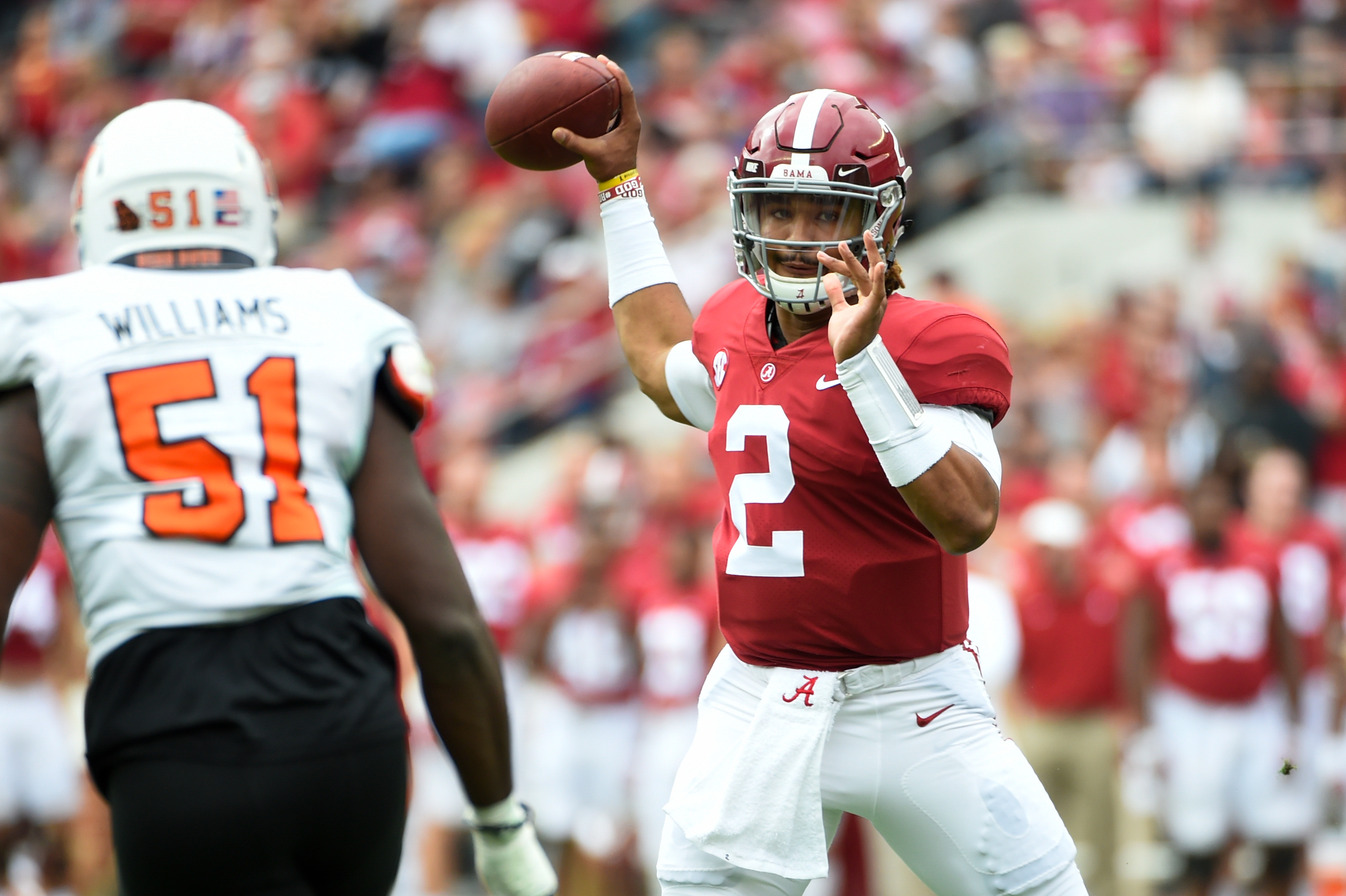 Herbstreit’s reasoning behind why the Buckeyes should be cheering for the Crimson Tide to win out is because it would knock out the Auburn Tigers (who Alabama plays this weekend) and the Georgia Bulldogs in the process. However, Joey Galloway added that Ohio State should also be hoping that the Miami Hurricanes and Oklahoma Sooners win out.

“You want to create a pool of two-loss teams,” Galloway said.

If Miami were to win out, that would mean the Clemson Tigers would have two losses, the other coming by the hands of the Syracuse Orange. So, if the Buckeyes were to win out, they could make a strong case to be in the playoffs because the other two loss team to join them would be the Notre Dame Fighting Irish, who losses have come from Georgia and Miami. And that loss to the Hurricanes was ugly, 41-8 ugly.

Creating a pool of two-loss teams would be beneficial for Ohio State. But, the scarlet and gray are peaking at the right time, which is also positive.

“Peaking at the right time is good in the committee’s eyes,” Herbstreit said.

Since the 55-24 to the Iowa Hawkeyes three weeks ago, the Buckeyes have absolutely dominated. Ohio State blew out the then peaking Michigan State Spartans, 48-3, and the lowly Illinois Fighting Illini, 52-14.

“Ohio State still has food to eat on its plate,” McFarland said.

That food on the Buckeyes’ plate as McFarland put it, is the Michigan Wolverines and the Badgers.

If Ohio State can blow out teams like the Michigan Wolverines on the road and Wisconsin in the B1G Championship, that would be the definition at peaking at the right time. Plus, if other teams were to create a pool of two-loss teams, that would just add more pros to the Buckeyes’ playoff chances.

It will certainly be interesting to see if either Wisconsin or Ohio State do make the playoffs this season. But as one can, both still have a shot to do so.