Projecting the 2017 B1G non-conference schedules from weakest to toughest

I can’t predict the future.

Nobody knows those answers. With that in mind, I combined a point system that takes the previous season and the upcoming season into account to project non-conference schedule strength.

It’s not a full-proof method, but in terms of projections, it’s better than a completely subjective process.

Here’s where each B1G team ranked:

Worth noting — Indiana gets credit for having a road game against a Power Five opponent, which only about half the conference has. But it’s a non-bowl Power Five foe and FIU and Georgia Southern should be cupcakes.

Worth noting — Northwestern shouldn’t take any games for granted after falling at home to Illinois State. But any non-conference schedule without a bowl team isn’t exactly pushing the limits. 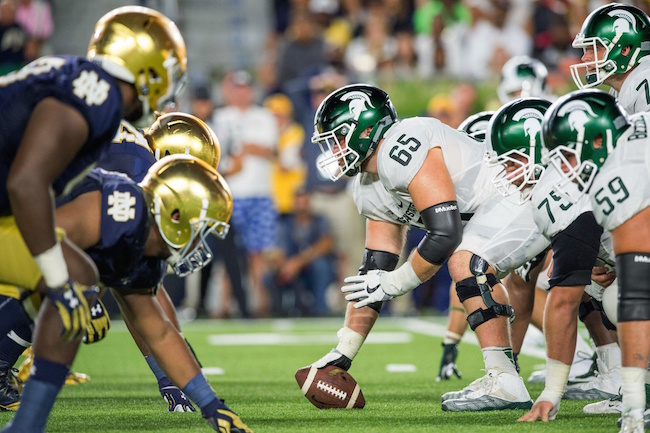 Worth noting — No, Western Michigan probably shouldn’t be worth more than Notre Dame. Flip them around and the result is still the same. Michigan State isn’t leaving East Lansing and it faces one bowl team. That team  just lost its coach of the year candidate and its best player in school history. That’s a favorable draw.

Worth noting — That Pitt game is the obvious outlier of the bunch. Both teams will likely be in the top 25 for that showdown, with the Lions eager to get revenge after last year’s loss at Heinz Field. That Pitt game could serve as the quality win Penn State needs early on to potentially maintain a top-five ranking.

Worth noting — The last two years, BYU went into Michigan State and Nebraska and won. Traveling to BYU will be no picnic for a Wisconsin team that’ll start the season with two cupcakes. But who knows? Maybe new FAU coach Lane Kiffin will draw up some crazy game-plan that stumps Wisconsin’s new defensive coordinator. 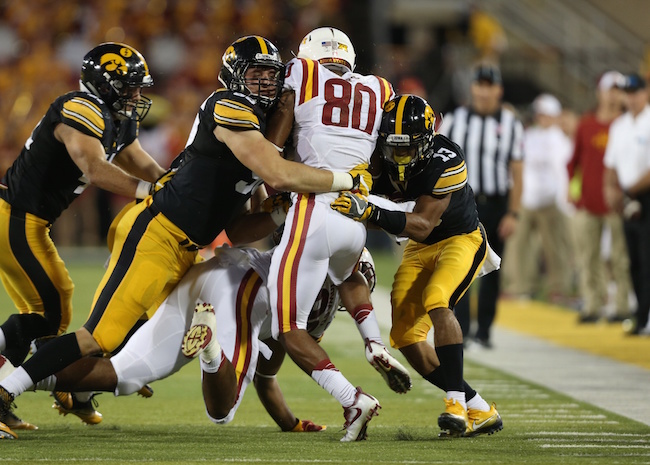 Worth noting — Everyone always gives Iowa flack for its easy non-conference scheduling. Most years, this slate would be considered weak. But Iowa does travel for a true Power Five road game, which only half the conference will do. And Wyoming has a real offense, especially with Josh Allen coming back. After last year’s North Dakota State debacle, Iowa shouldn’t have any excuse to come out flat in non-conference play.

Worth noting — For anyone questioning the 30 for Middle Tennessee, remember that the Blue Raiders won at Mizzou last year. That, plus a trip to Corvallis, Ore. to see former Wisconsin coach Gary Andersen won’t make for a walk-in-the-park start for PJ Fleck. 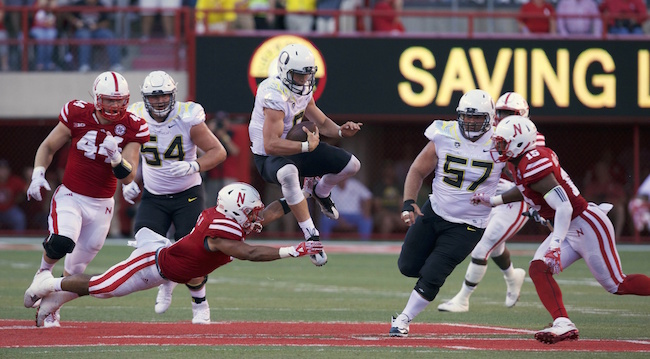 Worth noting — The Arkansas State game might be viewed as a cupcake start for Nebraska, but the Red Wolves went 8-1 down the stretch and they return plenty of talent from the No. 19 scoring defense in the country. And as Mike Riley knows all too well, road games in Eugene, Ore. aren’t fun.

Worth noting — I know what you’re thinking. How is Illinois tied for second without a game vs. a Power Five team? The WKU matchup might not be a true 30 with basically the entire coaching staff from last year’s 11-win squad now at Purdue. But Lovie Smith’s return to Tampa for the USF matchup will be a major challenge. The Bulls hired former Texas coach Charlie Strong and will likely start in the preseason top 25. 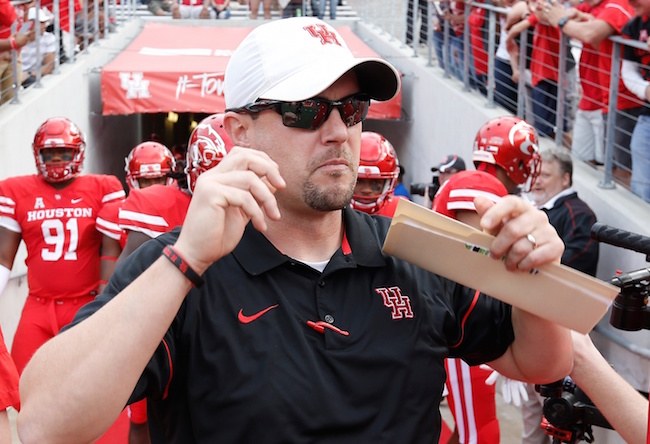 Worth noting — Maryland will travel to Texas for Tom Herman’s debut. In other words, that game will have even more juice than a normal showdown in Austin. That, and a tricky game against an improving UCF squad with Scott Frost, won’t make a 2-1 start easy for DJ Durkin.

Worth noting — Facing a national title contender led by a Heisman Trophy candidate usually bolsters that non-conference schedule strength. The Buckeyes get the Sooners at home for what figures to be a primetime game at The Shoe. They’ll then have to turn around the next week and face Army’s completely opposite triple-option offense. Sure it’s at home, but OSU’s start will be more battle-tested than most title contenders. 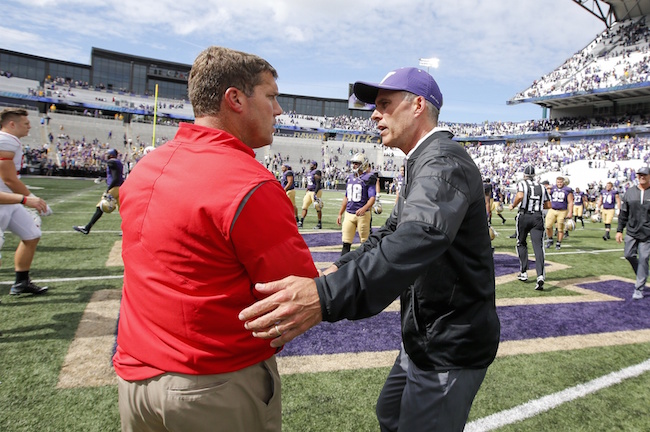 Worth noting — Like the Buckeyes, Rutgers will also host a Heisman candidate quarterback leading a national title contender. Washington will be heavily favored in the opener, but that’s a game Rutgers should push to start at noon. In case you forgot, #BodyClock.

Worth noting — With all due respect to Utah, the Florida game at Jerry World will be Jim Harbaugh’s first real non-conference headliner at Michigan. That’ll be quite the test for a new-look offense against one of the country’s top defenses. The Cincinnati game is a little sneaky with longtime Ohio State assistant Luke Fickell now leading the Bearcats. There’s also the non-conference finale against a 10-win Air Force team. This will easily be Michigan’s toughest non-conference slate of the Harbaugh era.

Welcome to the B1G, Jeff Brohm! Well, before that, you get a gauntlet non-conference slate. Brohm will debut against Heisman Trophy winner Lamar Jackson on turf at Lucas Oil Stadium. Then he gets to host an Ohio squad that nearly won the MAC in 2016. And just in case that wasn’t fun enough, Purdue will travel to SEC country to face Mizzou. Purdue could easily be the underdog in all three non-conference games. Nobody in the B1G will have a more battle-tested start to 2017 than the Boilermakers.

Connor O'Gara
Connor O'Gara is the senior national columnist for Saturday Tradition. He's a member of the Football Writers Association of America. After spending his entire life living in B1G country, he moved to the South in 2015.
RECENT ARTICLES
BIG TEN
B1G announces women's basketball All-B1G teams, individual awards
BIG TEN
Here's where every B1G team ranks according to KenPom at the end of the regular season
BIG TEN
Only one B1G team has not landed a commit in the 2022 class yet
BIG TEN
Report: NCAA planning to vote on one-time transfer rule next month