Saturday’s game between Rutgers and Penn State has been hard-fought to start the game, but it is not producing highlight moments, to say the least.

At the conclusion of 1 quarter of play, the two teams have turned in an abysmal state line. Remarkably, the teams have combined for 8 punts in the first 15 minutes of game action. By contrast, the teams have just 3 first downs.

Among the lowlights, Sean Clifford started the game going 2-for-8 passing with 23 total yards. The leading rushers were also Kyle Monangai with 8 yards for Rutgers and Keyvone Lee with 7 yards for Penn State.

The two sides combined to go 1-for-9 on 3rd downs and produced 53 total yards of offense. If there was any doubt, the 2 sides went scoreless in the first quarter.

Here’s a snapshot of the futility: 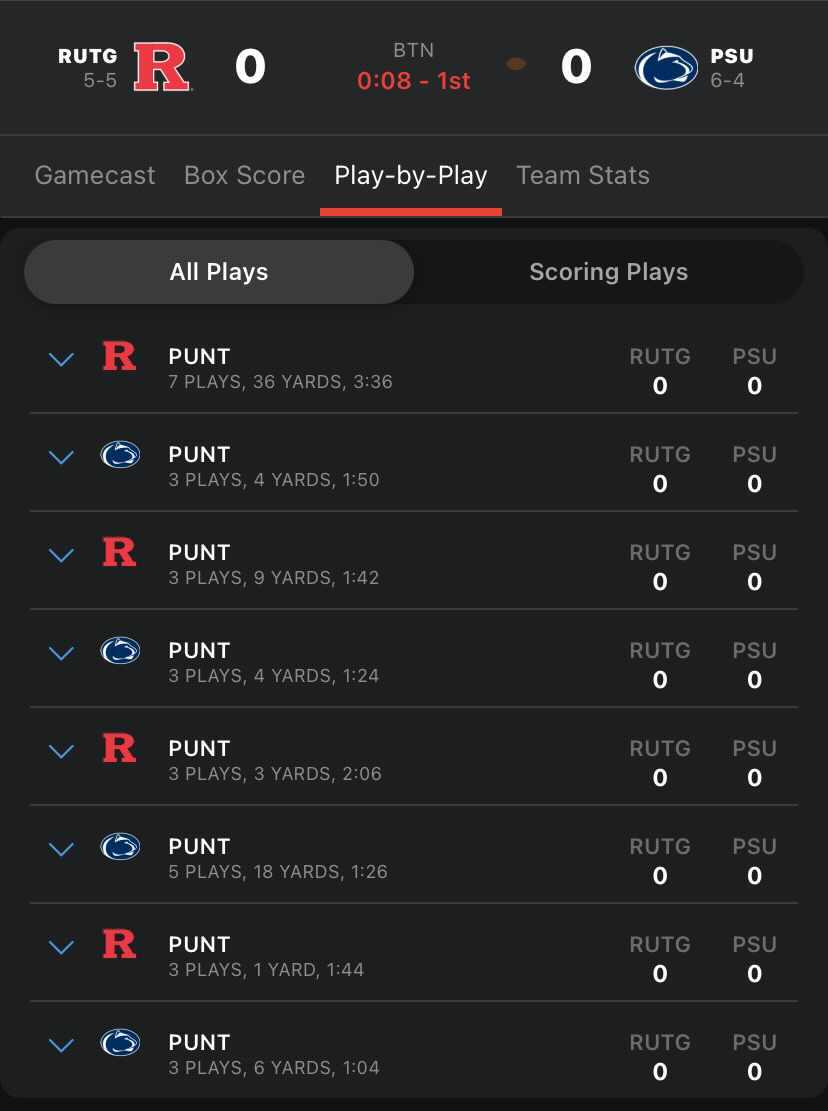 Penn State entered the game at 6-4 with bowl eligibility locked up despite a disappointing season. Meanwhile, Rutgers entered at 5-5 and needs a win out of the final 2 weeks to reach a bowl.