Good morning and happy Monday! The FCS spring season got started with a double-overtime game between McNeese State and Tarleton State on Saturday night. If the games continue to be that entertaining, spring football could finally be a big thing!

For today’s newsletter, though, we’ll keep our focus on the FBS ranks and the upcoming NFL Draft. We’ll discuss the top receivers in the draft class and some surprising Big Ten draft prospects. Then, we’ll head to Oregon, where the Ducks’ starting quarterback has entered the transfer portal. Let’s get started!

The 2021 NFL Draft class is loaded with elite receivers. Who is the top receiver in the group? 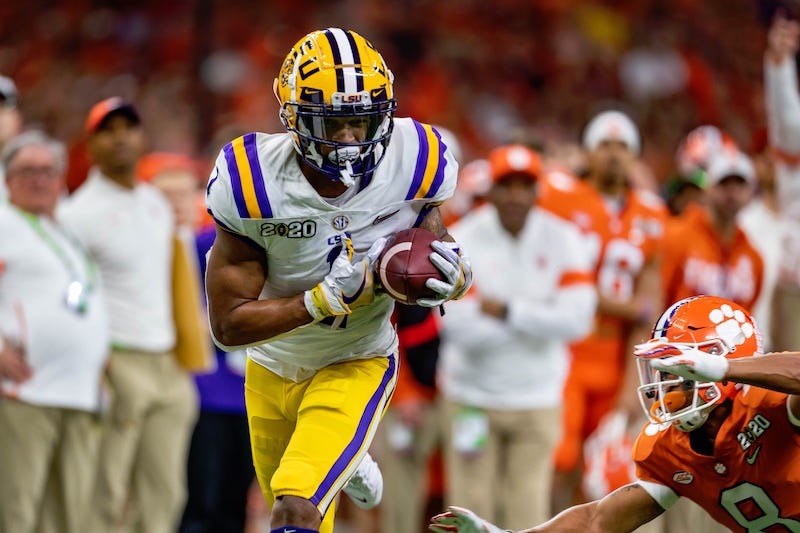 But, once we get past the quarterbacks, there figure to be a number of receivers who go in the first round (and in the top 10 picks, specifically). So, who should be the first receiver off the board? Well, there are a number of talented options. Here’s what’s being said about the top draft receivers:

There are plenty of great receivers in this draft class. There are a pair of Biletnikoff winners and some other speedsters who are turning pro. Chase and Smith are the top options, but anything can happen on draft night. With no normal NFL Combine this year, we’ll see how these top prospects perform in their schools’ respective Pro Days over the next few weeks. A lot of money is on the line!

RISING STARS FROM THE BIG TEN

Some unlikely Big Ten names have impressed NFL Draft analysts recently. Who are the biggest surprises so far? 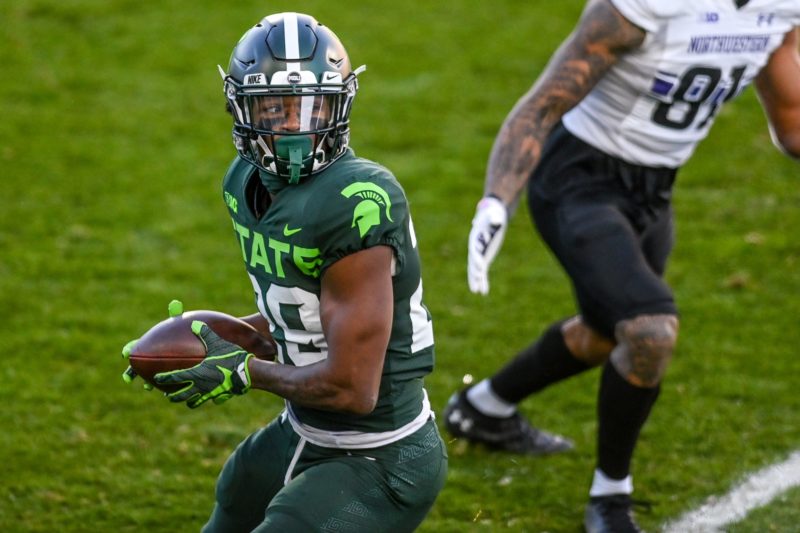 Most of the conversations regarding the NFL Draft typically begin and end with the first round. There’s always plenty of talk about who will be the No. 1 overall pick, which quarterback will be selected first and who are the big stars who might squeak into a Day 1 selection.

Often overlooked are the players who might be taken in the mid-to-late rounds of the NFL Draft. Make no mistake, though, a lot of players selected on the second and third days can still make quite an impact with their respective organizations. With pro days coming up and Senior Bowl behind us, a few unlikely Big Ten names have received some attention recently. Who are some of those players?

The NFL Combine has essentially been canceled and all that remains are pro days, with players getting one last opportunity to improve their draft stock before the 2021 NFL Draft kicks off on Thursday, April 29. Over the next two months, it should be interesting to see what other unlikely Big Ten stars wiggle their way up draft boards.

The 2020 FBS season seems like it ended ages ago, but it really only drew to a conclusion last month. But, now that our attention is turned to 2021, let’s see how quickly you’ve forgotten the 2020 stat leaders. Can you name the quarterback who led each of the Power 5 conferences (ACC, Big 12, Big Ten, Pac-12 and SEC) in touchdown passes?

Oregon lost its starting QB to the transfer portal. Where will the Ducks turn and where will he end up? 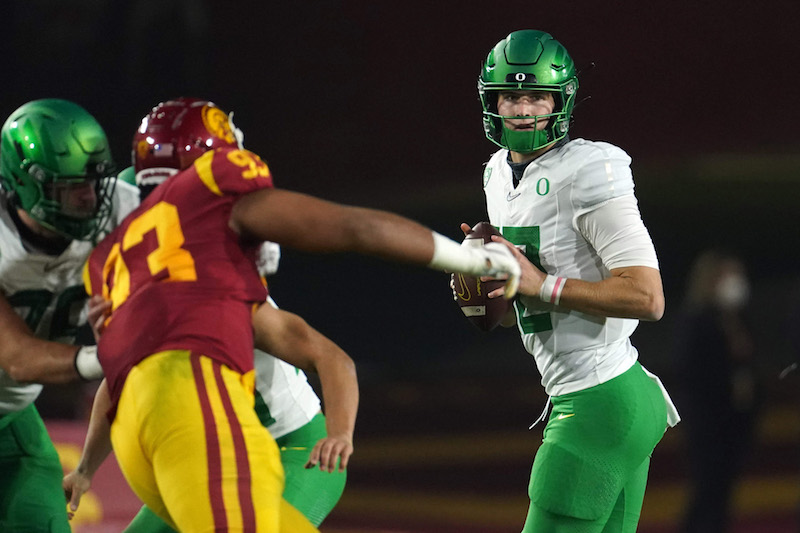 The Oregon Ducks got some unexpected news this week, as 2020 starting quarterback Tyler Shough announced he was entering the NCAA transfer portal. Shough took over this past season after Justin Herbert was a Round 1 pick in the 2020 NFL Draft. He just won the NFL’s Offensive Rookie of the Year award.

So, what will the Ducks do now? There’s a big opening at starting quarterback. And, where will Shough end up? Let’s take a look at the latest out of Eugene:

Whatever happens, this will be a big battle to watch in the Pac-12. The Ducks will once again enter the season as one of the favorites to win the award. Can they do it? Well, that might depend on who wins the starting QB job and how they perform.

The players who led each Power 5 conference in touchdown passes during the 2020 season were:

“You can try to emulate Coach all you want, but you’re not gonna be able do it. His focus is incredible. His patience is incredible as a human being. I think he’d probably be the same way as a businessman. There’s a lot of stuff thrown at you as a head coach, from the field to off the field to interviews to media to player issues. There’s a thousand things that get thrown at you as a head coach daily. You have to go in there with your boxing gloves every day because there’s always something. To see him at a place like Alabama just with such poise, patience and focus on the task at hand, not getting distracted by things, it’s incredible.

“That was a life lesson right there regardless of football. Family life, children, the focus and the patience that he has allows him to just focus on the task at hand, which is his football team.”

– Former Alabama assistant Major Applewhite explains why it won’t be easy to replicate the amount of success Nick Saban has had throughout his legendary career. 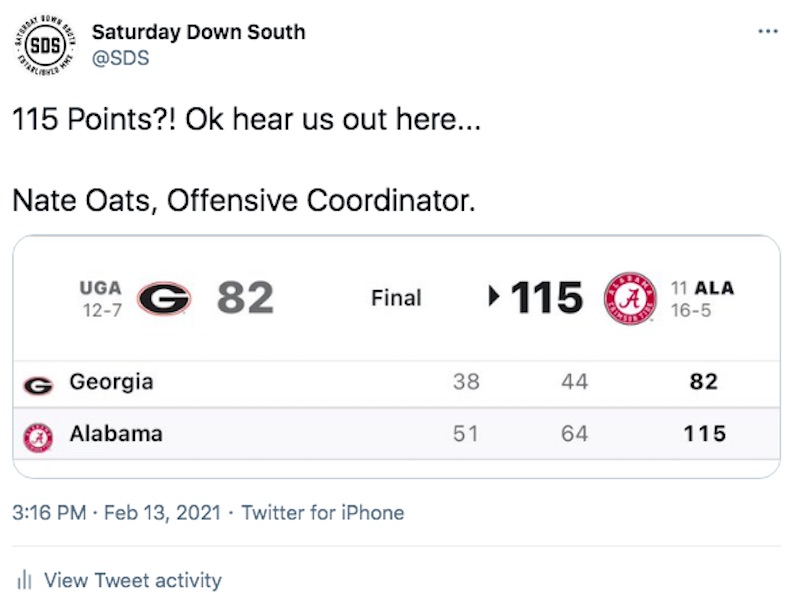 Alabama’s men’s basketball team had quite the game on Saturday, scoring a school-record (for an SEC game) 115 points against Georgia. Nate Oats is the SEC Coach of the Year frontrunner. How did Alabama land such great coaches?