Good morning and happy Friday! Oh, and also, happy new year! We’ve now officially changed the calendars to 2021 (even though this edition of the newsletter was actually finished in 2020). And, now, the real fun begins in the college football bowl season.

In today’s newsletter, we’ll get you prepared for tonight’s games. We’ll discuss the impact of Clemson not having OC Tony Elliott, whether or not Notre Dame actually has a chance against Alabama and more. Let’s get started, shall we?

Notre Dame will take on No. 1 Alabama in the Rose Bowl. Do the Irish actually have a shot? 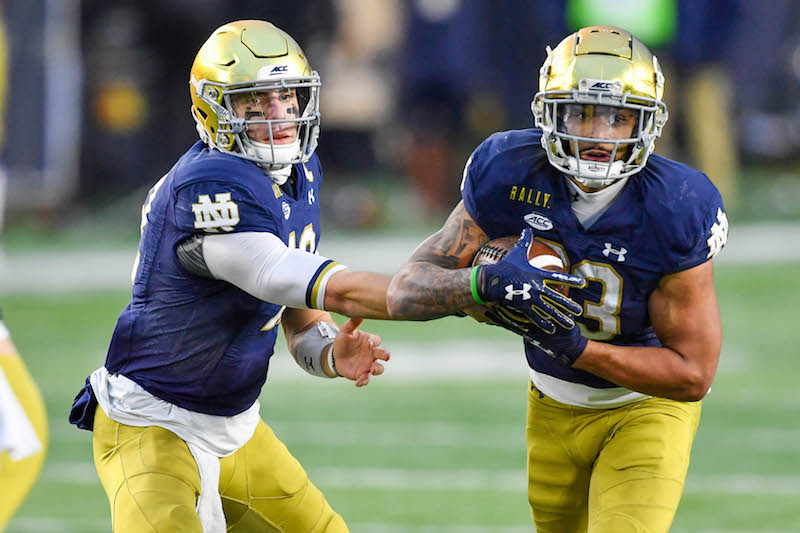 Notre Dame had a great season, beating Clemson during the regular season before losing to the Tigers in the ACC Championship Game rematch. Now, the Fighting Irish are the No. 4 seed in the College Football Playoff. Their reward? A game against undefeated No. 1 Alabama in this afternoon’s Rose Bowl.

Alabama is expected to win, and win big. But, we’ve seen major upsets in big games before. Do the Irish have what it takes to pull off a stunning upset? Let’s take a look at what’s being said about this matchup:

Alabama looks like a juggernaut this year, but today’s game is important for Notre Dame to prove it belongs among the nation’s elite teams. Another blowout loss on the big stage may make the CFP committee hesitant to give the Irish another chance to play for a title in the future. We’ll see what happens in the Rose Bowl, but the pressure is certainly on for Kelly, Book and the Irish!

Clemson OC Tony Elliott will miss the Sugar Bowl due to COVID-19. How much will it impact the Tigers? 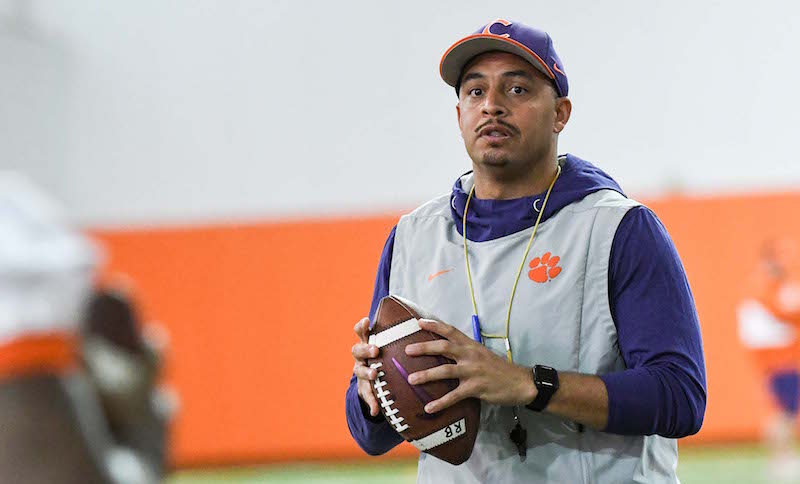 Now, we come to the other Playoff semifinal, which will take place in New Orleans. Yes, by now, you know that Clemson and Ohio State will be facing off in the Sugar Bowl with a spot in the title game on the line. But, the Tigers will be without a huge piece of their success.

That’s because OC Tony Elliott will miss the game due to COVID-19 protocols. How big of a deal is this? Let’s take a look at what’s being said about the talented Clemson coordinator:

This game should be a close battle in New Orleans. A spot in the title game is on the line, so expect both teams to bring their best, regardless of who is there and who isn’t. We’ll see which team manages to win when all is said and done tonight at the Sugar Bowl.

For today’s quiz, let’s see how much you know about this year’s College Football Playoff coaches. We’ll give you the names of four cities. You tell us whether Nick Saban, Dabo Swinney, Ryan Day or Brian Kelly was born in each city. Ready? The four birthplaces are:

The 2020 bowl season is drawing to a close in the next couple of days. By the end of Jan. 2, every bowl game but the College Football Playoff National Championship Game will have been played. But, between now and then, we have eight more bowl games to get through!

Every bowl game other than the Rose Bowl Playoff semifinal between Alabama and Notre Dame is expected to be relatively close. Here’s a look at who is currently favored to win these big matchups:

Will we see any major upsets? Any wild finishes? Who will advance to the CFP title game on Jan. 11? All of those questions will be answered over the next couple of days!

The answers to today’s CFP coaches birthplaces quiz are:

“I told him after the game, just as a, you know, I know this is my profession but, also, as just a fan of college football, I very much appreciate him for what he did in high school, hanging through it when a lot of other people would have left. What he did playing in this game tonight, even though he’s got a really bright future ahead of him, I very, very much appreciate it. I hope college football can keep people like Kyle Trask involved. And all the respect in the world for him.”

Florida LB James Houston provided plenty of bulletin-board material for Oklahoma ahead of the Cotton Bowl, saying the Sooners weren’t on the same level as the Gators or other SEC teams. Naturally, Oklahoma DL Isaiah Thomas and his teammates were quick to mock Houston’s comments after a 55-20 victory over the Gators.