Good morning and happy Wednesday! The regular season might be over, but there’s still plenty happening in the world of college football. Bowl season is also underway, with a pair of games on the schedule for tonight and one game each on Christmas Eve and Christmas.

Today, we’re going to discuss Clemson coach Dabo Swinney’s growing beef with Ohio State. Then, we’ll take another look at the mess unfolding before our eyes at Auburn. Finally, we’ll look at what Illinois’ decision to hire Bret Bielema as its head coach means for the program. Let’s get started!

Dabo Swinney continues to disrespect Ohio State. Is this shaping up to be an epic CFP semifinal? 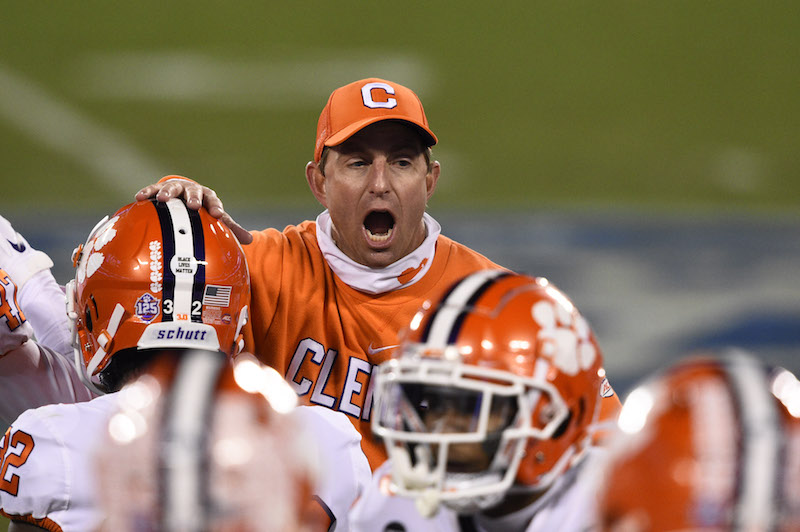 The Clemson Tigers and Ohio State Buckeyes will meet up in a College Football Playoff semifinal game for the third time on New Year’s Day at the Sugar Bowl in New Orleans. The Tigers are 2-0 in those games against the Buckeyes, so Ohio State will be eager to turn the tables this time around.

They’ll also have plenty of motivation, as Clemson coach Dabo Swinney has made several interesting comments about the Buckeyes in recent weeks. This growing feud is going to be fun to watch, and the game should be intense, since there’s a spot in the title game on the line. Let’s take a look at what Swinney is doing to rile up Ohio State:

There’s nothing like a good coaching feud to get the blood boiling! This matchup between the Buckeyes and Tigers is shaping up to be a great one. There’s plenty of motivation on both sides with a spot in the title game on the line, but all the extracurricular chatter is entertaining, too. Let’s hope it keeps going until New Year’s Day when they meet on the field in New Orleans!

The Auburn coaching search is spiraling out of control. Does anyone actually want the job? 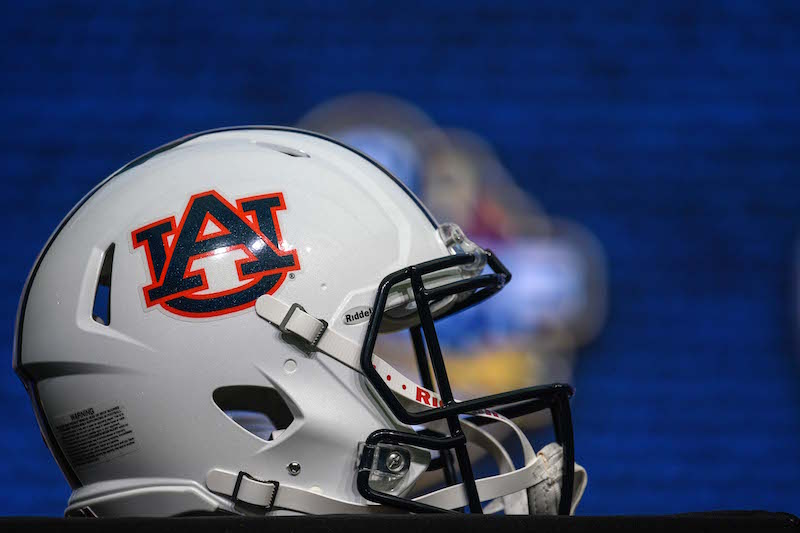 We all remember the 2017 Tennessee coaching search. When the Vols moved on from Butch Jones, a wild, unpredictable search took place. During the drama, AD John Currie was fired and numerous coaches turned down the job. Ultimately, it ended with the hire of Jeremy Pruitt.

This year, Auburn’s search for a replacement for Gus Malzahn is at least giving that Tennessee search a run for its money in terms of craziness. So, what’s the latest from The Plains? Here’s what’s happening with Auburn.

(UPDATE: It was reported on Tuesday night that Auburn was expected to hire Boise State coach Bryan Harsin. The school had yet to confirm the report, but news could be coming today! Per 247Sports, Harsin was one of three candidates — including Clemson DC Brent Venables and Louisiana head coach Billy Napier — who was given serious consideration for the job):

No hire has been made official as of Tuesday night, but it’s hard to imagine this search dragging on too much longer. If it does, it’s tough to see the Tigers recovering in time to put a halfway decent team on the field in 2021. Whatever happens, it’s clear moving forward that everyone involved in this coaching search needs to get on the same page, and quickly!

Illinois has its new head football coach. Can Bret Bielema find success with the Fighting Illini? 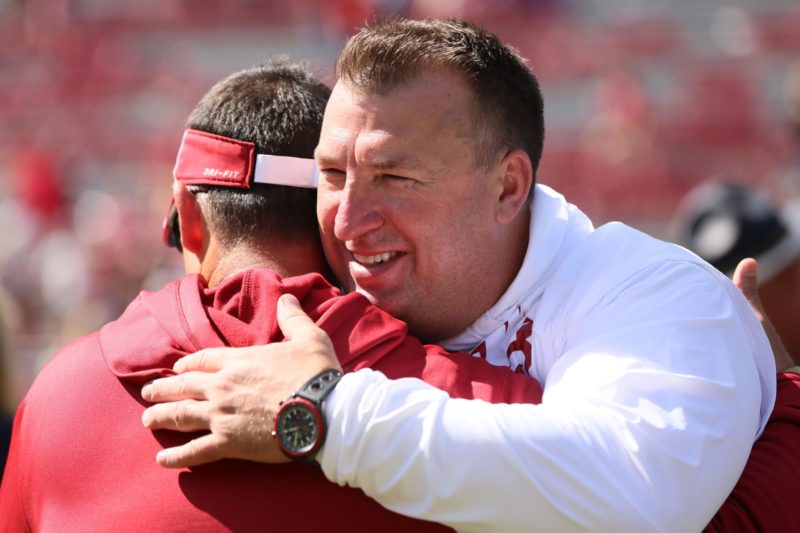 The announcement came on Saturday morning, hours before Illinois played in its final game of the season against Penn State. Given Bielema’s success at Wisconsin followed by the struggles at Arkansas, everyone on social media was weighing in on the hire — and there were plenty of varying opinions. Was this the right hire for a program that’s been struggling for a decade?

Bielema has a 6-year contract with a base salary of $4.2 million and a larger pool for assistant coaches in an effort to be more competitive in the B1G. Bielema seems happy to be back in his home state and to be returning to the B1G. And with that contract, it appears Whitman and the Illinois program have a lot of faith the new head coach can get the job done.

The coaches who have been named SEC Coach of the Year by either the Associated Press or their fellow coaches since 2007 are:

“If there’s an internal investigation, those are usually tightly held. Auburn, if I remember correctly, withheld an NCAA investigation letter for months, I’m not even sure they still acknowledged it in basketball … yeah, they did because they finally self-imposed. But it seems like someone on the inside was or is out to get Jeremy Pruitt. I can’t tell you who it is, I really don’t, it’s a little fuzzy at the moment. …

“I think the Tennessee situation across the board is very fluid. I felt better about Jeremy Pruitt’s future on Sunday when the bowl was announced, and I felt worst about it yesterday when the bowl was scrapped. I realize why it was scrapped because of COVID issues, but it’s still a very tenuous situation and I don’t know where it’s going. But if that is the case, it really makes me feel sorry for Jeremy Pruitt because that’s a pretty dirty way to do something.”

– SEC Network host Paul Finebaum said it seems someone is out to get Jeremy Pruitt fired at Tennessee. It has been a rough year in the Vols’ program, and many are speculating Pruitt could be fired. 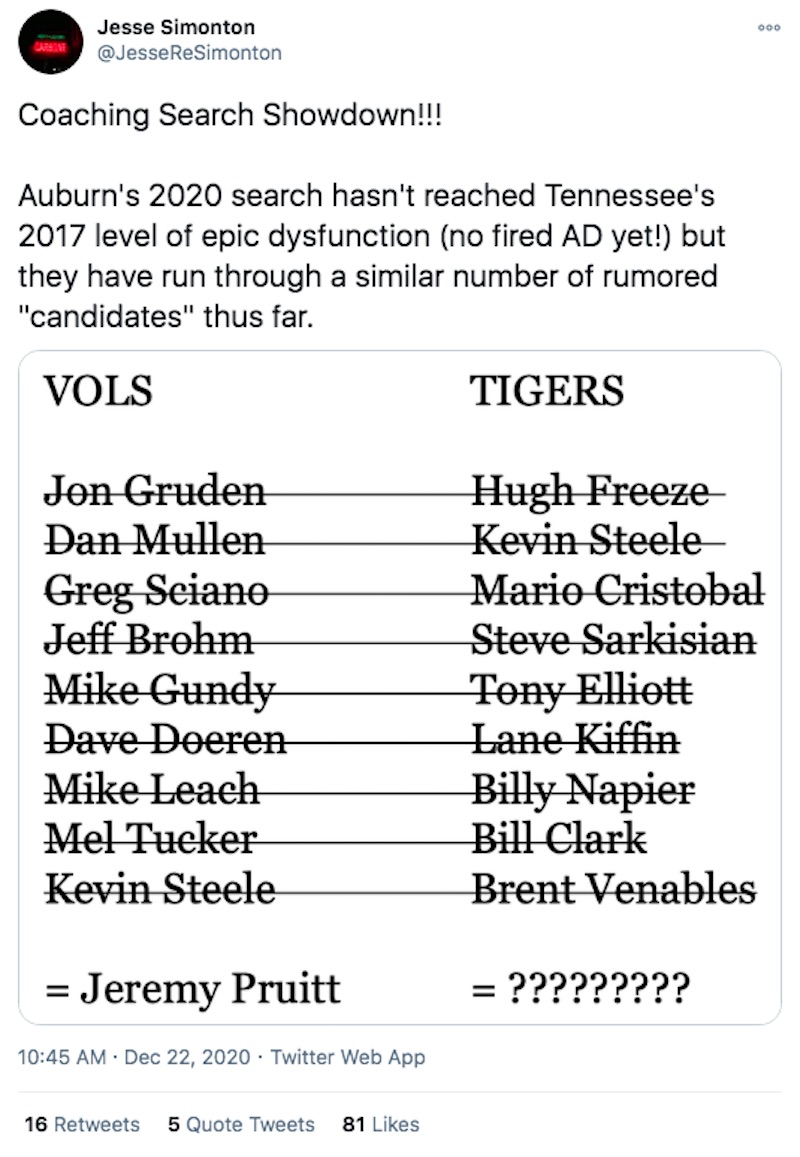 How crazy has Auburn’s coaching search gotten? Well, this tweet comparing it to Tennessee’s wild 2017 search is a bad look for the Tigers. What additional twists and turns will we see before Auburn officially has its new coach? Will Bryan Harsin keep the Auburn search from continuing much longer?