Good morning and happy Friday! We’ll be back in your inboxes every Monday, Wednesday and Friday from now until the end of the season. How exciting is that? Almost as exciting as the SEC season getting started tomorrow, right?

In today’s newsletter, we’ll preview some big weekend matchups, including a top-25 showdown in the SEC. We’ll also take a look at those annoying electronic whistles and put five ranked teams on upset alert. So, without further ado, let’s get started!

Everyone seems to hate the new electronic whistles. What is the NCAA doing about this problem? 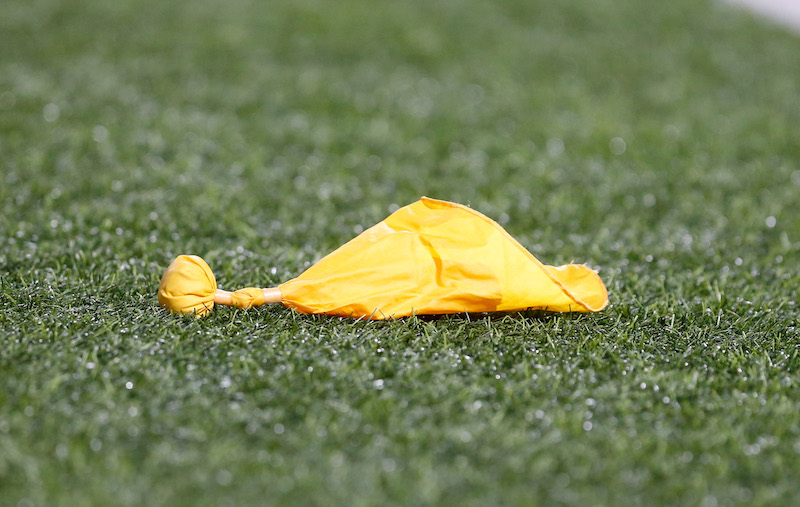 Hey, did you hear that? It’s the beautiful sound of a traditional whistle making its triumphant return to college football. Who would’ve ever thought there’d be so much excitement over the sound associated with a false start penalty?

But this is where we are in 2020 in college football. The NCAA and schools and conferences playing football this fall insisted on making the sport as COVID-19-free as possible. That’s certainly an admirable goal, but the recommendation to replace traditional whistles with the electronic product has been a massive failure thus far. And, to be quite honest, these hardly-audible devices have the potential to do more harm than good.

Thankfully, change could be coming:

Yes, it’s fair to acknowledge that the NCAA, schools and conferences all had the right idea in making college football as safe as possible. Actually, it should be commended. But this idea fell flat, and it’s nice to see that this dangerous error is going to be corrected moving forward.

This weekend will see the SEC return to the field, meaning three Power 5 conferences — the SEC, Big 12 and ACC — are back in action. That means we’ll have plenty of big-name matchups gracing our television screens. So, which teams are projected to win some of the biggest games of the weekend? Here are some of the top games of the weekend, complete with the favorites to win:

How many upsets will we see this weekend? Things have already started getting weird in 2020, so we can expect some more chaos moving forward. We’ll put a few ranked teams on upset alert later in the newsletter.

The SEC season starts off with a ranked matchup. Will Kentucky or Auburn pick up the important win? 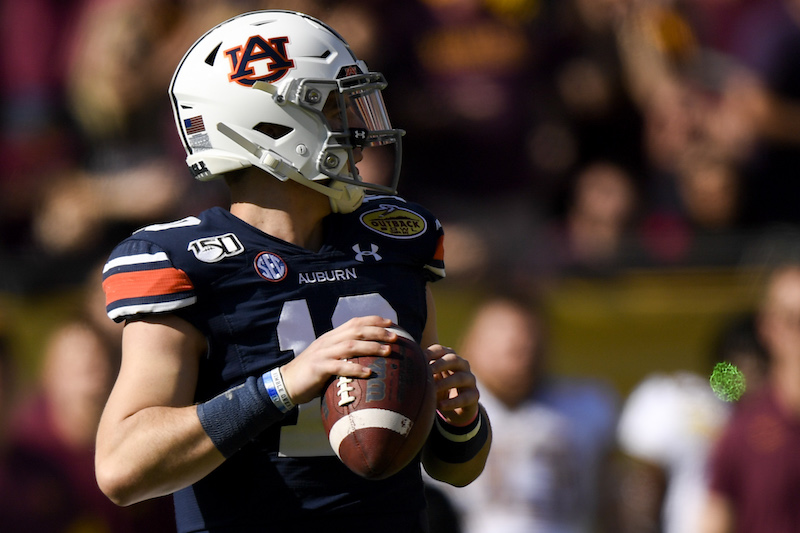 The SEC season kicks off tomorrow, and many eyes will be on Jordan-Hare Stadium at noon Eastern time. That’s when the No. 9 Auburn Tigers will play host to the No. 23 Kentucky Wildcats. It’s the only matchup of ranked teams on the SEC’s Week 1 schedule, so it’s certainly going to have a major impact moving forward.

Is Kentucky for real? Can Auburn’s Gus Malzahn pick up a big win and avoid ending up on the hot seat right away? Let’s take a look at some of the storylines entering Saturday’s matchup:

ESPN’s Football Power Index (FPI) doesn’t think this game will be particularly close, giving the Tigers an 84.9% chance to win. Fortunately for the Wildcats, this game won’t be decided by a computer! Tune in to the SEC Network at noon Eastern time tomorrow to find out who wins the first big showdown of the SEC season.

Heading into the 2020 SEC season, many consider Alabama’s Najee Harris and Mississippi State’s Kylin Hill to be the league’s two top running backs. For today’s quiz, we’ll focus on who was better last year. We’ll give you six categories and you tell us if Harris or Hill fared better in that category in 2019. Ready? Here we go:

Several big games are on the schedule this weekend. Which ranked teams are on upset alert?

This weekend’s FBS schedule features three matchups of ranked teams. We’ve previewed No. 22 Army at No. 14 Cincinnati (in Wednesday’s newsletter) and No. 23 Kentucky at No. 9 Auburn (above). There’s also a showdown between No. 24 Louisville and No. 21 Pitt.

But, for this section, let’s focus on ranked teams facing unranked teams. Here are five ranked squads that should be careful with their tricky matchups tomorrow:

This week’s slate of games is the best one we’ve had so far this young season, and not just because the SEC is back in action. Will we see more ranked teams go down in upset fashion? Anything can happen in 2020, so stay tuned for what’s sure to be another exciting weekend of college football.

Here are the answers to today’s Najee Harris-Kylin Hill comparison quiz. Here’s who fared best in each of the six categories listed above:

Who will put up better numbers this fall? We’ll find out starting this weekend!

“I think that these expectations need to be cut in half. They’re unreasonable, just given all the pieces that they have to replace, and they’re playing a 10-game conference gauntlet in the SEC … I still expect them to be really good and really talented. I actually really really like Myles Brennan, and I think he’ll fill in Joe Burrow’s big shoes. I think he’ll fill them admirably. This issue is, I think the continuity between coordinator and coach won’t be what it was last year. I don’t know how it possibly could be.” 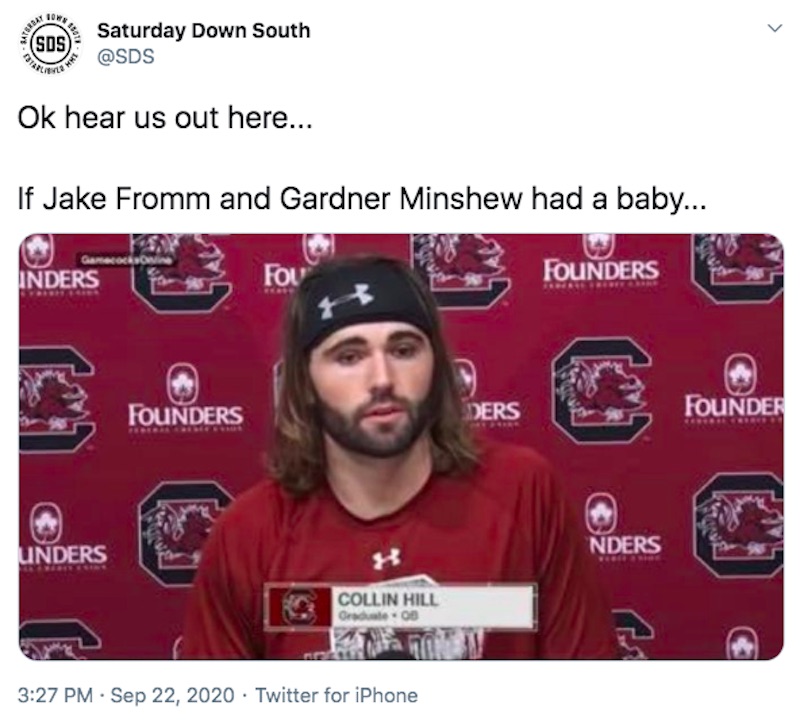