Good morning and happy Monday! There was actually college football on Saturday! All was right in the universe for a while. And, in even better news, BYU and Navy play tonight to end your Labor Day Weekend on a high note. Then, there’s a full slate of action next weekend, including games involving ACC and Big 12 teams.

In today’s newsletter, we’ll dive into the Georgia QB battle, which was made much more interesting last week. We’ll also break down some of the interesting things that happened in Week 1 games and provide some recruiting updates. Let’s get started!

Georgia’s QB situation is in flux after Jamie Newman opted out. What’s the latest on the Bulldogs’ battle? 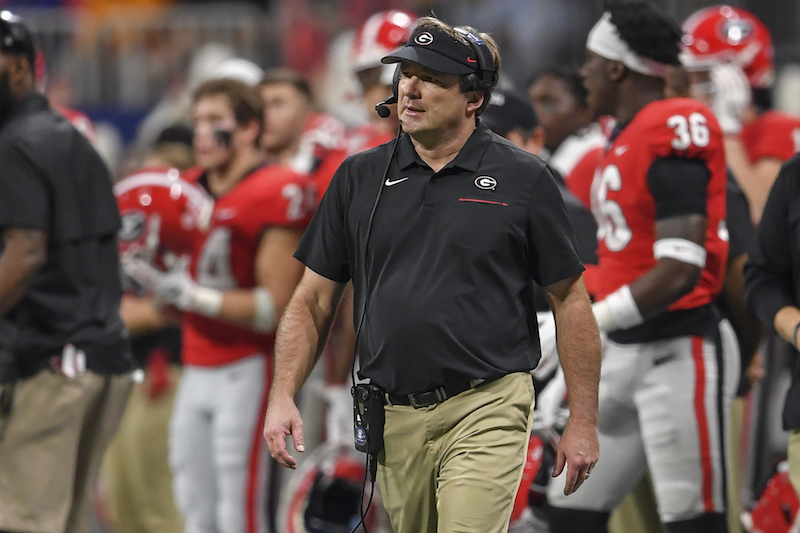 In last Wednesday’s newsletter, we put together an SEC East preview. Well, as things sometimes happen in the world of journalism, that section was relevant for approximately three hours on Wednesday morning. That’s because that was the day that news broke about Georgia graduate transfer QB Jamie Newman opting out of the 2020 season.

The former Wake Forest standout was expected by many to be the Bulldogs’ Week 1 starter, but now it’s back to the drawing board. So, what’s the latest out of Athens? Let’s take a look at some of the fallout from Newman’s opt-out decision:

Newman’s opt-out is one of the most impactful in the country thus far. Yes, Georgia has some intriguing options moving forward, but with Daniels’ health still uncertain, it will be a QB battle worth monitoring. If the Bulldogs get off to a slow start, it will be difficult to win a fourth-straight SEC East title.

The 2021 recruiting cycle is still going strong. Many players in the class are starting their senior seasons, though others have had their football postponed until spring. However, colleges are still recruiting, so decisions are being made by top players every week.

So, which teams are putting together the best 2021 recruiting classes thus far? Here’s a look at how the top 10 classes stack up as of Sunday evening (via the 247Sports composite rankings):

Which schools will make big moves over the next few weeks? We’ll update this top class rankings again in October, so check back then!

This year could see some surprise teams make the Playoff. Which teams are good long-shot candidates?

The 2020 season is going to be unlike any season we’ve seen in our lifetimes. Between a pandemic that continues to make headlines around the globe and conference-only schedules for some leagues, things are going to be a lot different.

So, it stands to reason that the College Football Playoff could feature some surprise teams, too. Playoff dark horses have been a hot topic in recent days. Let’s dive into some top analysts’ Playoff picks here:

It’s possible that we see a very chalky year, with top teams like Alabama, Clemson, Georgia, Oklahoma and Notre Dame making up the field in some combination. However, if we were going to see some utter chaos, 2020 is the year it could happen. We’ll start finding out a lot more about the Power 5 teams next weekend!

Of the 130 FBS programs in the country, only 13 of them have nicknames that don’t end in the letter “s.” Can you name those 13 teams?

Saturday’s slate of games featured a couple of blowouts and a nail-biter. What were the best moments?

Saturday featured some FBS action throughout the day. It wasn’t the Week 1 we were expecting to have prior to the COVID-19 pandemic, but it was better than many expected over the past couple of months. Seeing teams like Army and Middle Tennessee square off and Marshall and Eastern Kentucky share the field was just what many fans needed to see, even if the games were blowouts.

Still, as we prepare for tonight’s BYU-Navy showdown, it’s worth looking back at some of the best moments from Saturday’s action. Here are some noteworthy items that took place:

This weekend was just an appetizer, too. Next weekend, Big 12 and ACC teams kick off their seasons. Then, on Sept. 26, the SEC joins the fun. We’ll see what next weekend’s openers bring to the table in terms of interest, upsets and exciting plays.

Here are the answers to today’s FBS nicknames quiz. The 13 teams with nicknames that don’t end in “s” are:

“I heard Paul Finebaum talking about Vanderbilt. He didn’t think they could win one, he said. To tell you the truth, I don’t know how they’re going to win one. Because they don’t have Arkansas on the schedule.”

– Former Florida and South Carolina coach Steve Spurrier continues to be the master of the zinger. His latest troll job got both Vanderbilt and Arkansas. Never change, Head Ball Coach. 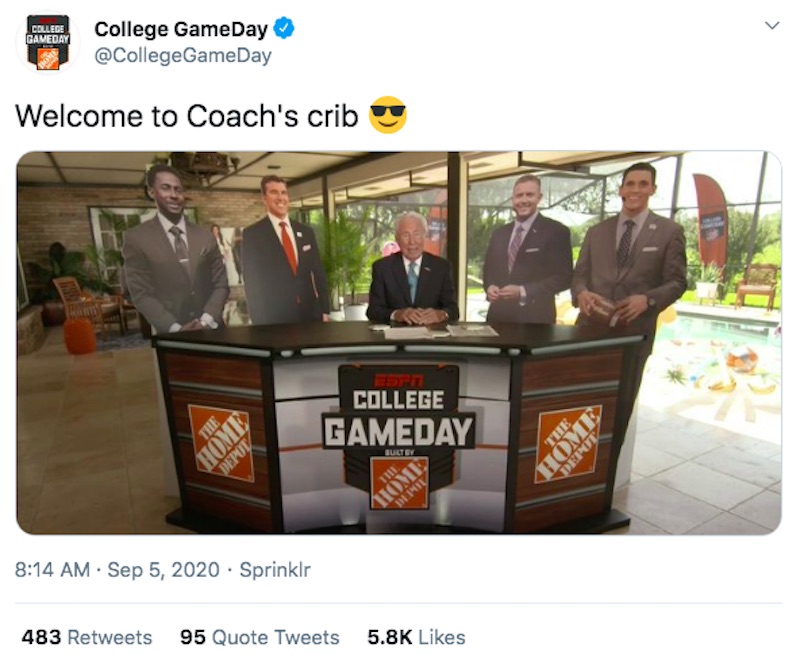 Saturday’s edition of College GameDay on ESPN was a virtual affair, but the legendary Lee Corso made sure to have some friends close by. You can see his incredible setup in the tweet above. Fortunately, the real-life versions of Desmond Howard, Rece Davis, Kirk Herbstreit and David Pollack have a bit more to say than their cardboard counterparts.