Good morning and happy Monday! Now that the NFL Draft is over, it could be a while before we have any live major sporting events back on our televisions. However, as some states begin to reopen by the end of this week, we’ll see if that leads to more momentum for sports to return.

For now, though, we have plenty of draft-related items to discuss. We’ll also take a look at an eye-opening comment Georgia coach Kirby Smart made last week. So, let’s get started with today’s newsletter!

Jake Fromm experienced a free fall during the 2020 NFL Draft. What happened and how will he fare in Buffalo? 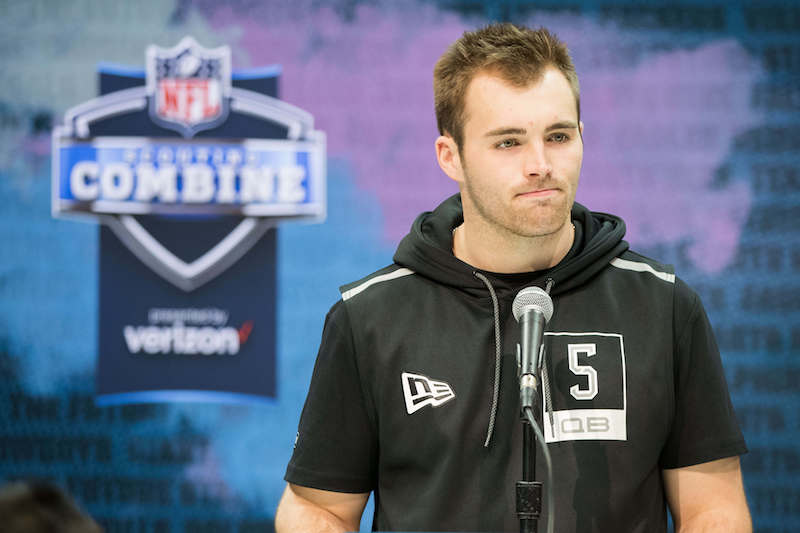 Nobody was surprised when Round 1 of the 2020 NFL Draft came and went without Georgia QB Jake Fromm hearing his name called. However, when Rounds 2 and 3 passed on Friday without Fromm being picked, people started to talk about his fall. Then, on Saturday, Round 4 also went by without the Georgia quarterback being selected. By that point, it was all anyone was talking about.

Finally, in Round 5, the Buffalo Bills took a chance on Fromm, taking him with the No. 167 overall pick in the draft. Let’s take a look at the aftermath of Fromm’s draft weekend free fall:

The important thing is that Fromm has an NFL home. Now, he’ll have a chance to get his pro career started. We’ll see if he ends up making an impact in Buffalo or if he has to move on before he gets a chance to play. At the moment, he’ll do his best to earn the Bills’ backup job. 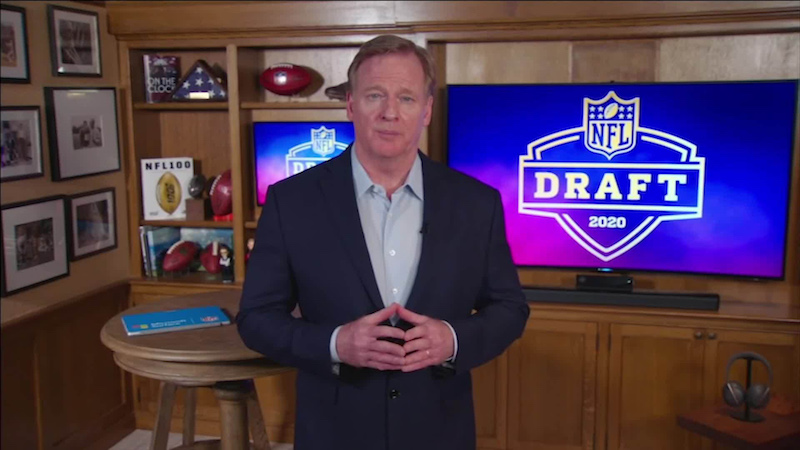 This year’s NFL Draft was supposed to be held in Las Vegas. Instead, due to the COVID-19 pandemic, it was held virtually instead, making for a unique experience. Since no first-round picks, coaches or executives were able to attend the draft, there were an abundance of interesting camera shots from inside players’ and coaches’ homes. That, naturally, provided some comedy, too.

So, what were the funniest moments from this year’s draft? Let’s take a look at some of the storylines and random occurrences that took the nation by storm over the weekend:

While it wasn’t the extravagant affair it would have been in Vegas, this year’s draft shattered viewership numbers and provided some much-needed live entertainment as we all shelter in place during the pandemic. Las Vegas will get another crack at the draft in 2022, but for now, let’s hope the NFL is able to host the event live in Cleveland this time next year.

Today, let’s test your knowledge of the NFL Draft’s Mr. Irrelevant. This year, Georgia LB Tae Crowder was the final player drafted, earning the “Mr. Irrelevant” title. For today’s quiz, we’ll give you the last five Mr. Irrelevants. Can you name which schools they played for?

Kirby Smart says coaches from other conferences tell recruits the SEC is too hard. What should we make of that?

A big debate over the last decade-plus in college football has involved the SEC. Is there a media bias toward the conference, or is the SEC really just dominant and thus deserving of all the praise? It depends on who you ask, of course. As humans, no one is inherently unbiased, and when it comes to quantifying “dominance,” there are thousands of ways to do so.

But, it’s an interesting debate to have nonetheless, and based on some comments from Kirby Smart over the weekend, it is back in the national spotlight. Let’s take a look at this topic:

Again, there are many different ways this debate can go, and there are numbers and stats that can bolster either side of the argument. But, these recent comments from Smart and Kanell, along with the sheer numbers from the NFL Draft, added fuel to the fire this week, for sure.

“As soon as this virus calms down, I’m gonna go in there and compete my nuts off.”

– Former Georgia and Washington QB Jacob Eason delivered the strangest quote of the draft after being selected in Round 4 by the Indianapolis Colts. 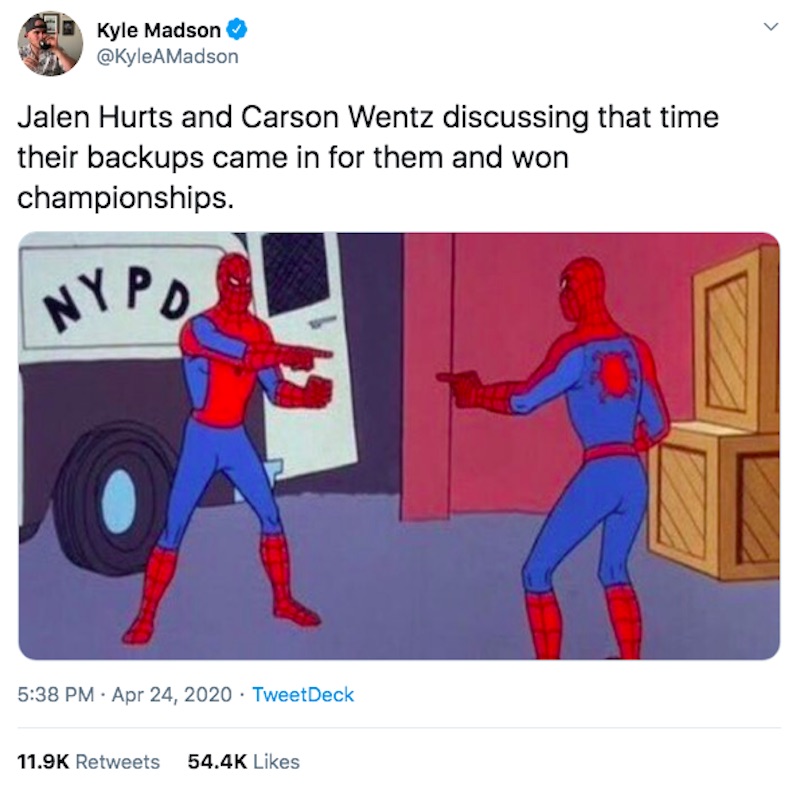 Jalen Hurts and Carson Wentz are now both with the Philadelphia Eagles. And, as referenced above, they have one particularly noticeable similarity. Wentz was injured as Nick Foles led the Eagles to a Super Bowl win a couple of years ago, while Hurts was benched at halftime during the College Football Playoff title game following the 2017 season as Tua Tagovailoa led Alabama to victory.