Good morning and happy Friday! The first weekend of December games is here, and it features a quickly-put-together matchup between undefeated BYU and Coastal Carolina. This will be the resume boost both teams desperately need, with the winning team inching closer to the College Football Playoff. But, that’s not the only important game on the schedule.

Before the games kick off, though, there’s plenty to discuss. We’ll dive into a pair of feuds — Kirk Herbstreit vs. Michigan and Greg Sankey vs. the ACC. We’ll also put a handful of ranked teams on upset alert. Let’s get started with today’s newsletter!

Kirk Herbstreit speculated that Michigan might ‘wave the white flag’ to avoid Ohio State. The Wolverines are angry. 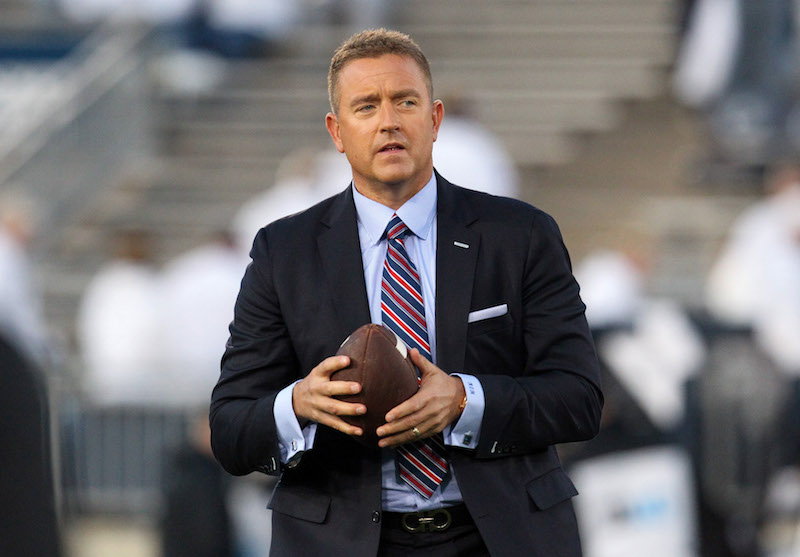 The COVID-19 situation in the Big Ten has caused several cancellations over the past few weeks, and that has impacted the Ohio State Buckeyes. The Buckeyes just recently resumed activities after their own COVID outbreak, but now, rival Michigan has paused activities due to an outbreak in the Wolverines’ program. The Michigan-Maryland game this weekend has been canceled, and the rivalry game against the Buckeyes is now in jeopardy. That’s a problem, as Ohio State needs this week’s game against Michigan State and next week’s game against the Wolverines to potentially get into the B1G Championship Game.

During Tuesday night’s College Football Playoff rankings show, ESPN analyst Kirk Herbstreit made some comments that drew the ire of Michigan fans. What did he say? And what has been the backlash? Let’s take a look at this situation:

This has obviously been a crazy season, and tensions are high across the country. The CFP committee has an impossible job, but there will be four teams in the Playoff when the semifinals are held. That’s just a fact. Will Ohio State be one of them? Well, that remains to be seen. But, for now, it’s clear the Wolverines are offended by the insinuation that they’ll try to duck a game against the Buckeyes to hurt their biggest rival’s Playoff chances.

The college football regular season is nearing an end, and that means every game is even more important for the top contenders. Conference championship game spots are at stake, as are potential College Football Playoff berths.

Which teams are favored to win this weekend’s biggest games? Let’s take a look at some of the matchups involving ranked teams and who is expected to win:

We’ll be on the edge of our seats to see if North Carolina can cover those 49.5 points against Western Carolina. Oh, and we supposed we’ll keep an eye on some of those other games, too. Will we see any upsets? We’ll put a few ranked teams on upset alert later in the newsletter.

GREG SANKEY VS. THE ACC

Greg Sankey took aim at the ACC this week. What drew the SEC commissioner’s ire? 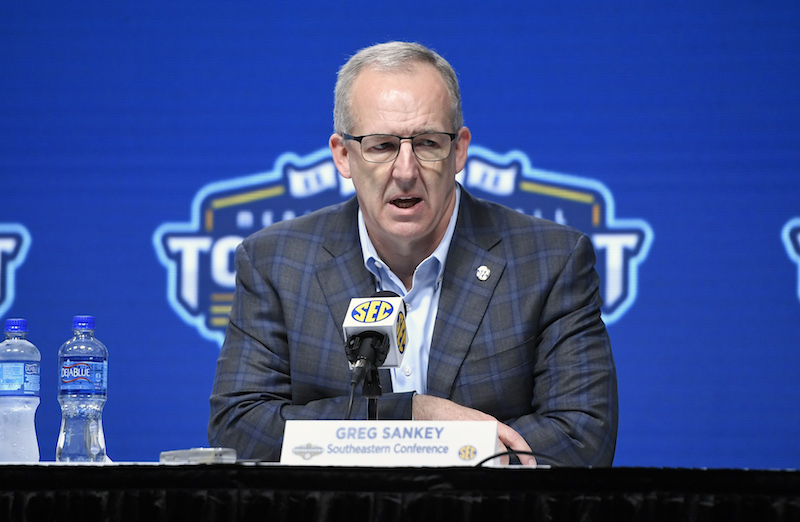 The ACC and SEC were on the same page earlier this year, when both conferences decided to take a wait-and-see approach after the Big Ten and Pac-12 announced they were postponing their fall sports seasons. Then, the SEC and the ACC were the first two Power 5 conferences to announce plans to play, eventually getting the Big 12 to join in. Now, though, they seemingly differ on one key point — games on Saturday, Dec. 12.

SEC commissioner Greg Sankey took aim at the ACC this week. What caused the kerfuffle? And what has been the reaction? Let’s take a look at this developing story:

Here’s an interesting scenario proposed by ESPN’s Dari Nowkhah. The SEC could potentially get three teams in the Playoff. Basically, Notre Dame needs to beat Clemson in the ACC title game, Florida needs to beat Alabama in the SEC title game and Texas A&M needs to win out. Additionally, the CFP committee needs to decide that Ohio State hasn’t played enough games to make the field. Crazy? Yes, but this is 2020 after all. Until the final Playoff rankings come out, it’s safe to say Sankey will be watching every other conference’s moves very closely.

Most analysts have Alabama QB Mac Jones, Florida QB Kyle Trask, Clemson QB Trevor Lawrence, Ohio State QB Justin Fields and BYU QB Ty Detmer as their Heisman Trophy frontrunners, in some order. So, for today’s quiz, let’s see how well you know those schools’ histories. Can you name each of those program’s last Heisman Trophy winner? (Hint: One of the five schools has never had a Heisman winner.)

The regular season is winding down for many teams. Can these ranked squads avoid December upsets? 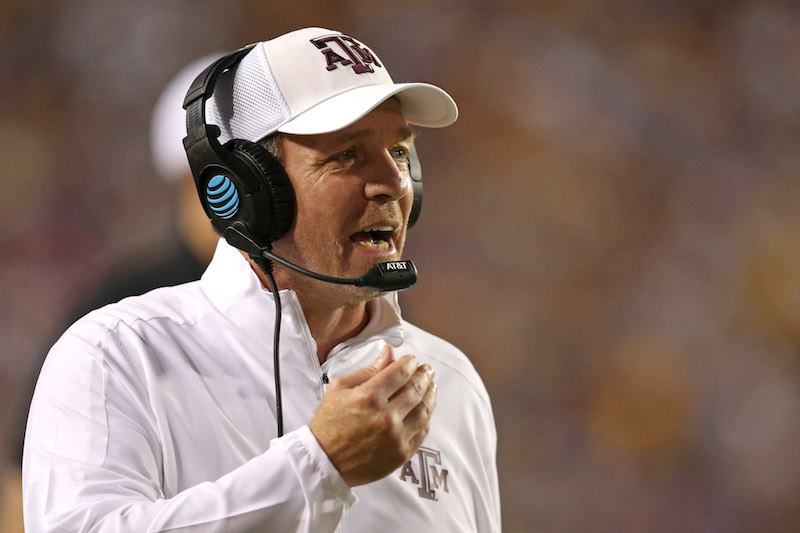 With conference championship games set for Dec. 19, there are only a couple of weeks left for teams to get regular-season games played. For schools that have been hit harder by COVID-19, it’s a mad scramble to get as many games in as possible. But, with those extra games comes extra upset potential.

So, which teams currently ranked in the top 25 of the College Football Playoff rankings should be on high alert this week? Let’s put four ranked squads on upset alert:

There are some great games on the schedule this weekend. There are sure to be some close contests and some potentially major upsets. Which teams will go down and have their Playoff or conference championship hopes dashed? We’ll know soon enough!

Here are the answers to today’s Heisman quiz. The last Heisman Trophy winners from Alabama, Florida, Ohio State, BYU and Clemson were:

“I know my clock is ticking. I’ve only got one more year to play, and the momentum Dillon (Gabriel) has, I wouldn’t want any controversy in the locker room. He’s earned the right to be the starter here at UCF. I see that, and I feel it’s best for both UCF and myself that I move on elsewhere. I’m trying to chase the dream of playing in the NFL, so I’ve got to give myself the best opportunity to do that.

“It is very emotional, but it’s one of those things where Dillon and I are on our own paths. He’s on his at UCF and I just feel like mine is coming to an end, so I feel like the torch is passed. He’s going to continue to do great things. It’s a hard decision, but it also makes the most sense.

“There’s no bitter feelings toward UCF. I will always bleed black and gold. It’s the end of a chapter for me and my playing career here, and that’s probably the bittersweet part of it. We were able to accomplish a lot in my time here, and it’s been nothing but a blessing.”

– UCF star QB McKenzie Milton has been rehabbing a gruesome injury suffered on Nov. 23, 2018, against USF. He’s nearing a return to the field, but after entering the NCAA transfer portal on Thursday, that return won’t happen at UCF. He issued a classy statement in an interview with ESPN about his time with the Knights and passing the torch to Dillon Gabriel. 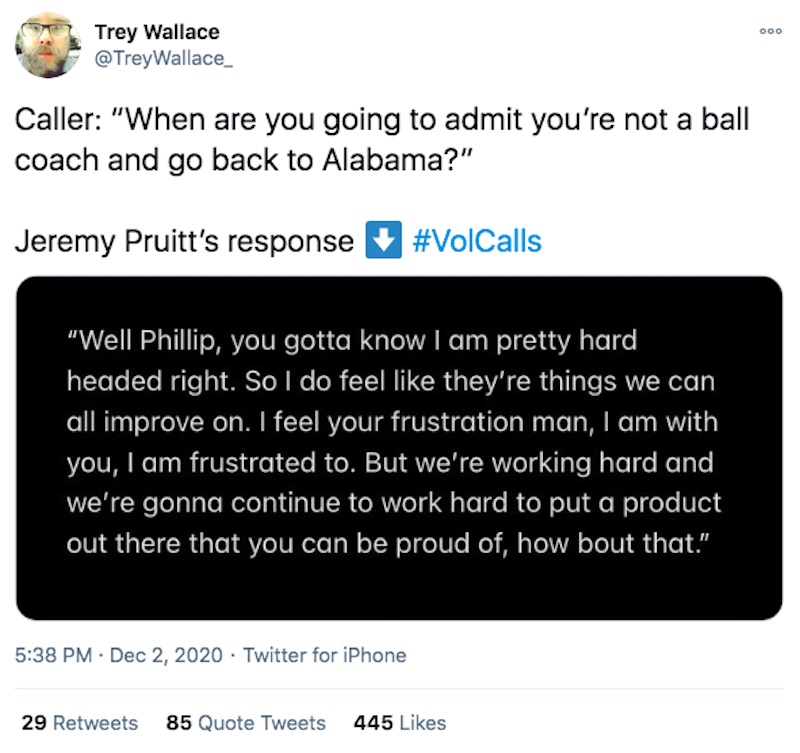 Even during the best of times, Vol Calls — the weekly call-in radio program hosted by the Tennessee head coach — is a delightful train wreck. Now that the Vols are struggling after a 2-0 start, Jeremy Pruitt has had to deal with plenty of negativity during the show. One of this week’s callers may have taken the cake, though.