Good morning and happy Wednesday! We’ve officially made it to September, which means there is actual FBS football this month! This Saturday was supposed to be Week 1, but of course, the COVID-19 pandemic had other plans. Still, this week will be a busy one at the FBS level. First, Central Arkansas heads to UAB and South Alabama will take on Southern Miss on Thursday. There are six FBS games on Saturday and then there’s a big BYU at Navy game on Monday night.

We’ll discuss some upcoming college football action, preview one of the most intriguing division races, talk some recruiting and more in today’s newsletter. So, without further ado, let’s get started!

LSU has been hit hard by opt outs heading into the 2020 season. How will they affect the Tigers on the field? 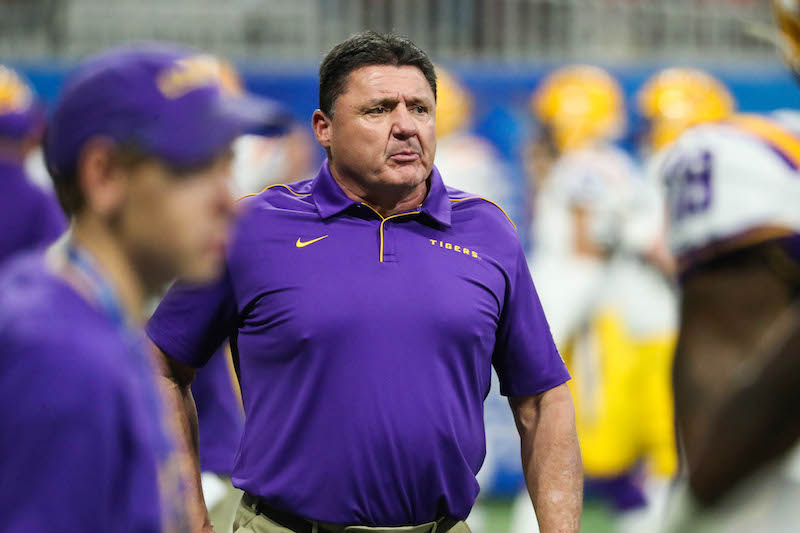 We discussed star LSU WR Ja’Marr Chase’s decision to opt out of the 2020 season in Monday’s newsletter. However, the news was still so fresh at that point that we didn’t get to dive into it fully. In fact, a lot has happened since Sunday evening when Monday’s newsletter was put together, including another big-name opt out at LSU.

So, things have gotten a lot tougher for the Tigers as they prepare to attempt to repeat as national champions. Let’s take a look at some more headlines coming out of Baton Rouge:

The season is still 24 days away, so LSU has a little over three weeks to make additions to the roster and get players up to speed. However, we’ll continue to monitor the situation in Baton Rouge and whether more Tigers decide to opt out. One thing is for sure — Coach O and his staff will be coaching almost a completely different team this fall.

The 2021 recruiting cycle is in full swing. Even as we prepare for games to start later this month for many top schools, coaches are balancing game preparations with reaching out to top players to try to add to their recruiting hauls.

Over the past few weeks, a number of top players have made their college decisions, but some elite talent remains uncommitted. Here’s a look at the current top-10 uncommitted 2021 recruits (via the 247Sports composite rankings):

How many of these elite players will commit over the course of the next few weeks? Check back here in October to see which players are still waiting to make their final decisions.

Florida and Georgia are again expected to battle it out for the SEC East title. Who will earn a trip to Atlanta? 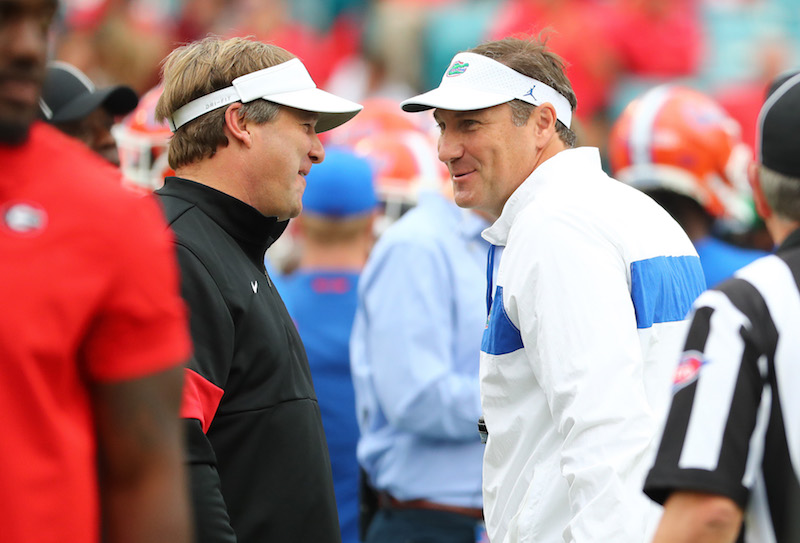 The SEC East is going to be tough this year. Georgia and Florida are considered the top two teams in the division, but Tennessee is on the rise, Kentucky is a strong squad under Mark Stoops, South Carolina has some talent and Mizzou is a wildcard under first-year head coach Eli Drinkwitz. Still, many think the winner of the annual Florida-Georgia game will once again represent the East in the SEC Championship Game in Atlanta.

So, let’s focus on those two teams. Georgia has won the last three SEC East titles. What to the Gators need to do to make sure that streak doesn’t reach four? Here’s what’s being said about the SEC East race heading into the 2020 season:

Again, in a year like this, there could be surprises, but the Gators and Bulldogs are both considered top 10 teams. We’ll see how they look coming out of the gates against Ole Miss and Arkansas, respectively, but Nov. 7 will certainly be a date to circle on your calendars. The SEC East race could once again come down to the game in Jacksonville.

Since taking over as Alabama’s head coach in 2007, Nick Saban has only lost 23 times. The list of coaches who have beaten Saban includes legends like Urban Meyer (twice), Bobby Bowden, Bob Stoops and others. But, only seven current FBS head coaches have taken down Saban (accounting for 13 of the 23 losses). Can you name the seven current coaches to beat Saban-led Alabama squads?

Navy will host BYU in the first big FBS matchup of 2020. Who will win the Monday primetime game? 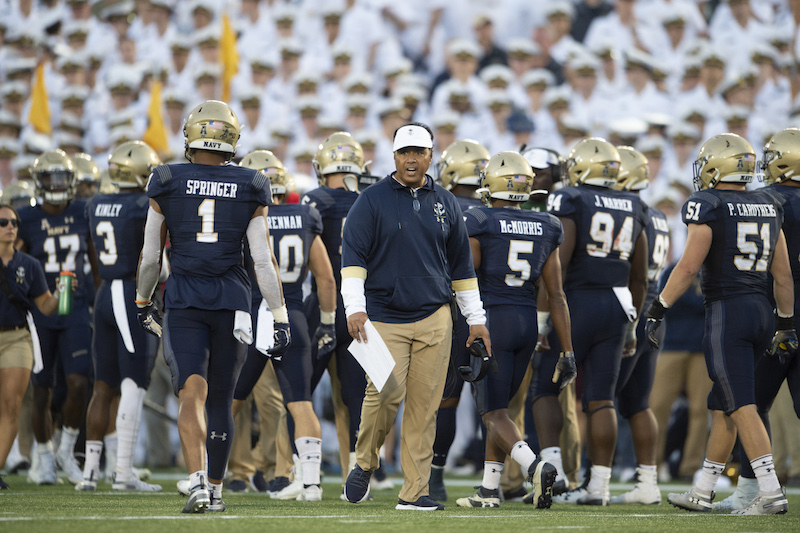 It’s going to feel like college football is officially back on Monday night. No, this Labor Day Weekend isn’t going to be like normal, but at least on Monday at 8 p.m. Eastern time, we can sit down in front of our TVs and listen to Rece Davis and Kirk Herbstreit call a game.

That game will be coming to us live from Annapolis, Maryland, where the Navy Midshipmen will play host to the BYU Cougars. So, who has the edge in that first big FBS game? Let’s break down some storylines to keep an eye on for Monday’s contest:

Central Arkansas and Austin Peay provided plenty of excitement in the FCS opener on Saturday. Will this weekend’s slate of games live up to that example? Either way, it’ll be exciting to have multiple games to watch on Saturday before Monday’s showdown in Annapolis.

Here are the answers to today’s Nick Saban losses quiz. The seven current FBS coaches to beat Saban are:

“There’s a lot of speculation in the league that Dabo Swinney, who has been on the shortlist of multiple head coaching searches, could be a coach that teams want to talk about, and this would really be the perfect storm and here’s why — he’s immensely popular in that area of the country. And if he could go with Trevor Lawrence from Clemson right down the road in Jacksonville, with all those picks and all those cap that cap room, that’s the ideal situation.”

– Former NFL GM Mike Tannebaum explains why Clemson coach Dabo Swinney could seriously consider a move to the NFL this coming offseason. Will Trevor Lawrence and Swinney reunite next year with the Jacksonville Jaguars? That will certainly be a story to watch. 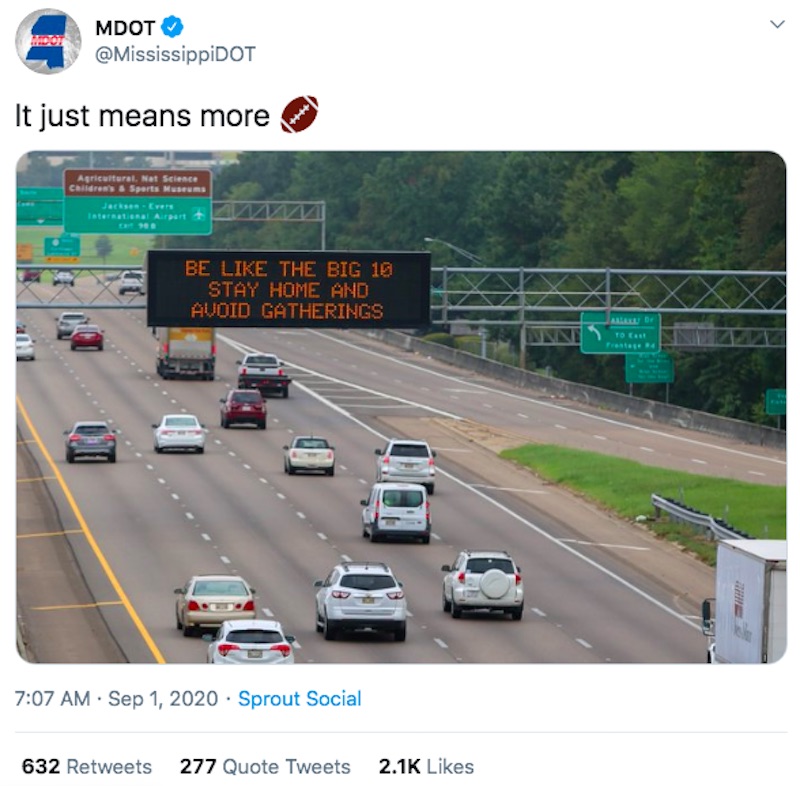 The Mississippi Department of Transportation took a playful shot at the Big Ten this week with a sign on a major highway. As you can see above, the sign reads “Be like the Big 10. Stay home and avoid gatherings.”