Saturday Football: Mel Tucker, Texas is back and a Paul Finebaum sitcom?

The Saturday Football newsletter goes out to subscribers up to three days a week and discusses the major events going on around the nation in college football. You can subscribe by clicking here.

Good morning and happy Thursday! Boy, what an interesting week we’ve just had in the college football world. There’s been a major coaching change, leaving a Pac-12 school with an opening, so the coaching carousel continues to spin.

Meanwhile, there is already plenty of buzz about the 2020 season, even though it doesn’t start for several months. With so much excitement in the air, let’s dive into today’s top stories!

Mel Tucker will replace Mark Dantonio at Michigan State. Who are the Spartans getting in Tucker? 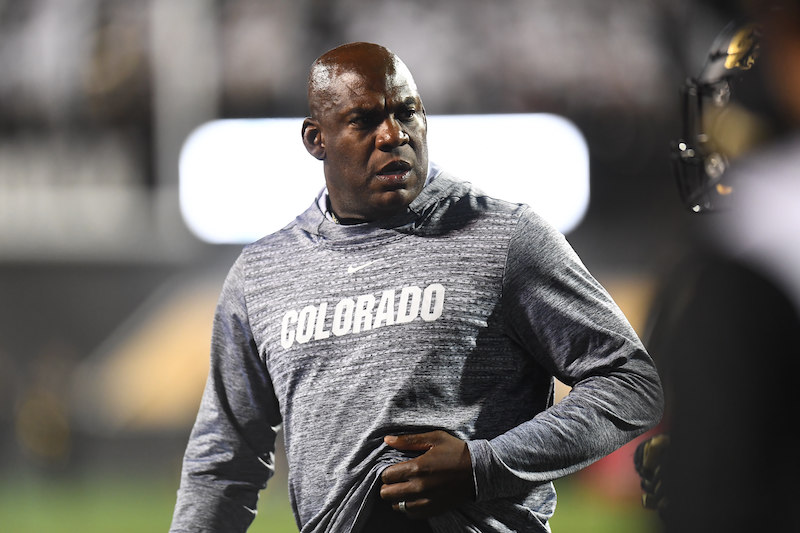 The Michigan State Spartans finally have their new coach to replace Mark Dantonio. On Wednesday morning, the school announced that Colorado coach Mel Tucker was leaving the Buffaloes to head to East Lansing. Tucker has history with the Spartans, as he got his start in coaching as a graduate assistant in 1997 under Nick Saban. Now, he’s back to helm the program following Dantonio’s abrupt retirement.

This is interesting, in part because Tucker said a few short days ago that he had taken his name out of the running for the job. It seems things have changed. Let’s take a look at this Michigan State hiring:

So, Michigan State now officially has its man, and it turned out about as well as one could have hoped, considering how things were trending. Now, Colorado is a Power 5 job with an opening, so the coaching carousel will continue to spin for at least another couple of days. Stay tuned to see where the Buffaloes turn.

Now that the 2020 recruiting cycle has all but wrapped up, it’s time for coaches and teams to start looking ahead to the 2021 class, since recruiting never ends. Several teams are already putting together intriguing 2021 classes, adding commitments from top players.

So, who are some of the top players to keep an eye on over the next several months? Here are the top 10 recruits from the 2021 class (via the 247Sports composite rankings):

That’s seven of the top 10 players in the 2021 class who are uncommitted! It’ll be interesting to see where some of these elite prospects end up over the next few months. 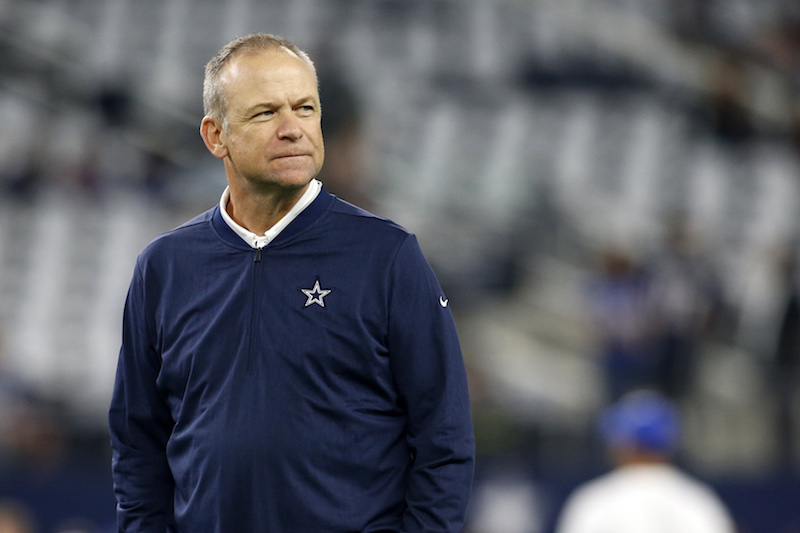 The LSU Tigers hired a young assistant named Joe Brady away from the New Orleans Saints prior to the 2019 season. Then, they watched as Brady revolutionized their passing game under QB Joe Burrow, helping Burrow to win the Heisman Trophy, set multiple records and guide the Tigers to a perfect 15-0 record and a national title. Now, though, Brady is the new offensive coordinator for the Carolina Panthers, which left the Tigers with a big hole to fill on their staff.

Now, the Tigers have made their decision, hiring longtime NFL offensive coordinator Scott Linehan to work alongside OC Steve Ensminger as the team’s passing game coordinator. Let’s take a look at LSU’s latest addition to the coaching staff:

Look, LSU’s offense probably wont’ be quite as historic as it was in 2019 under Joe Burrow. But, that doesn’t mean the Tigers have to go back to the Stone Age with their passing game. Linehan brings plenty of experience to the table, and now that Coach O and Ensminger have seen what innovative passing schemes can do, expect the Tigers to continue to air it out in 2020.

IS TEXAS BACK AGAIN?

It’s only February, but people are already riding the Texas hype train. Will 2020 be the Longhorns’ year? 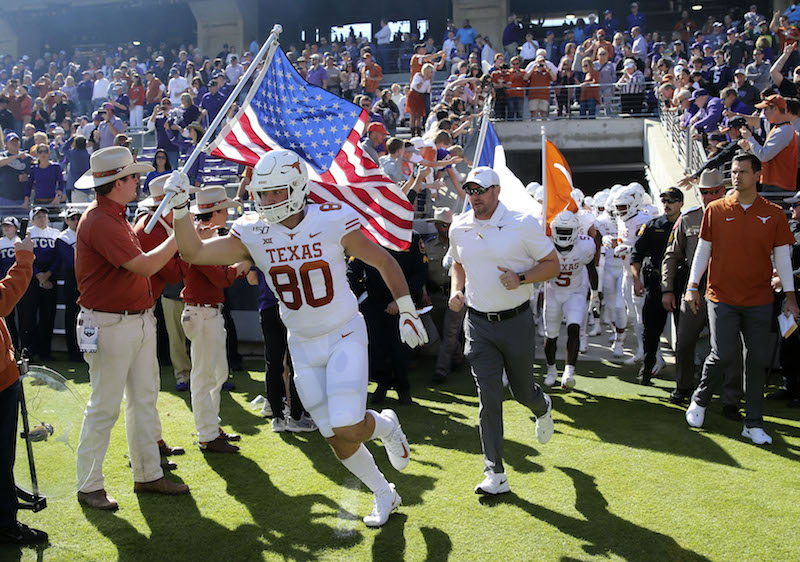 To paraphrase Benjamin Franklin, there are three things in this world that are certain — death, taxes and someone proclaiming Texas to be “back.” This year, we only made it until February before we had our first media analyst say the Longhorns would challenge for a College Football Playoff spot.

Yes, SEC Network analyst Cole Cubelic made such a proclamation about Texas this week, so that means we have to dive into this story out of Austin:

Look, we don’t want to say this won’t be Texas’s year. The Longhorns have as much of a chance to win the Big 12 title and make it to the Playoff as anyone at this time. The point is that Texas makes itself a laughingstock when players, coaches and media members can’t even wait until after spring practices to predict big things from the Longhorns. Yes, it could be Texas’s year in 2020, but let’s wait until a little closer to the start of the 2020 season to make such bold claims, shall we?

Joe Burrow won this year’s Heisman Trophy. However, there are plenty of other top college players who never won the sport’s most prestigious award. We’ll give you five players and you tell us if they won the Heisman or not. Ready? Here we go:

Paul Finebaum has been a staple of the SEC Network and ESPN. Will he explore other options?

Back in 2014, Paul Finebaum took his popular radio show to ESPN, becoming a key anchor for the fledgling SEC Network. Now, he’s synonymous with SEC football and has one of the most-popular TV shows on the SEC Network. But, his contract will be up soon, and that has led to some speculation about his future.

So, what does the future hold for Finebaum? Well, there was an interesting report that came out this week regarding the matter. Let’s take a look at that:

Whatever happens with Finebaum’s future, the popular TV and radio personality will have plenty of options. It’ll be interesting to see what direction his career takes over the next couple of years.

Did they win the Heisman Trophy or not? Here are the answers to today’s quiz:

– Alabama men’s basketball coach Nate Oats is in his first year with the Crimson Tide. He spoke recently about how he has picked Nick Saban’s brain to learn the lay of the land in Tuscaloosa. 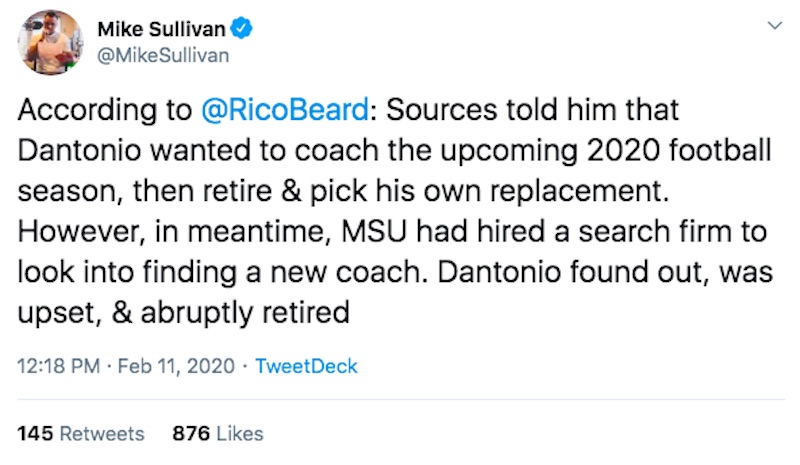 Michigan State may have landed on its feet with the Mel Tucker hire, but things were getting dicey there for a minute. This tweet sheds some light on just how dysfunctional things were at the end of the Mark Dantonio tenure in East Lansing.