Good morning and happy Wednesday! Last weekend felt like a full college football schedule, even without the Big Ten and Pac-12. This weekend promises more of the same, with two ranked matchups in the SEC, a rematch of last year’s ACC title game and a potential elimination game in the Big 12 title race between Oklahoma and Iowa State. It’s great to have football back in full force!

In today’s newsletter, we’ll discuss where Mike Leach and the Mississippi Bulldogs go from here after a huge win over LSU. We’ll also preview the Alabama-Texas A&M showdown and take a look at some contenders from the Group of 5 ranks. Let’s get started, shall we?

Mississippi State pulled off the biggest upset in the SEC in Week 1. Are Mike Leach’s Bulldogs for real?

Everyone expected Mike Leach’s Air Raid offense to put up big numbers this year in the SEC. No one expected Mississippi State to come out in Week 1 and set an SEC passing record in a 44-34 road upset of No. 6 LSU. Now, Leach’s Bulldogs are the hot new thing in college football. There will be a lot of pressure to keep putting up numbers and racking up victories.

So, are the Bulldogs for real? Or, are they a one-hit wonder that will soon be figured out by SEC defensive coordinators. Here’s a look at some of the chatter surrounding Leach’s squad after Saturday’s win:

Based on how they played Saturday, the Bulldogs have three winnable games in the next three weeks before their off week. On Saturday, they host Arkansas. Then, on Oct. 10, they head to Kentucky to face a vulnerable Kentucky team. On Oct. 17, they host No. 13 Texas A&M in a big-time matchup. It’ll be interesting to see how Leach and the Bulldogs’ high-flying offense fare during that stretch.

Texas A&M heads to Tuscaloosa for an SEC West showdown. Can the Aggies pull off a major upset? 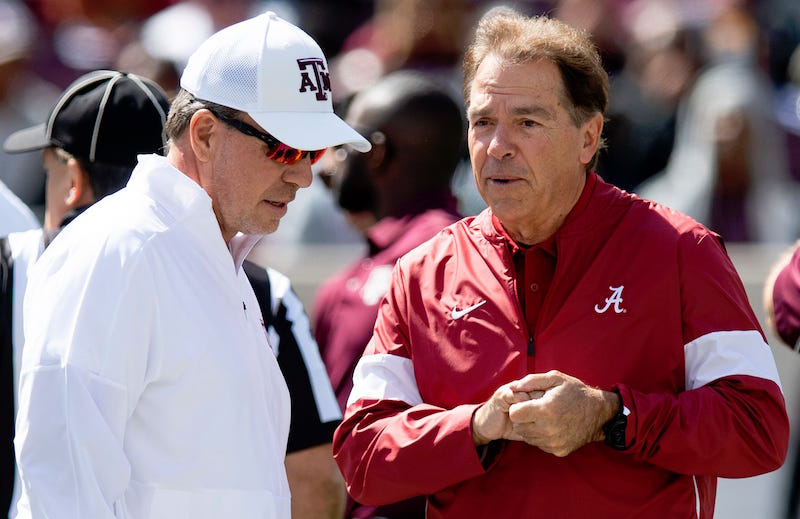 The Texas A&M Aggies have struggled against Alabama in recent years, but then, who hasn’t? Last weekend, the Aggies barely managed to take down a Vanderbilt squad that many expect to go 0-10 this season, eking out a 17-12 win in College Station. This weekend, things get much tougher for Jimbo Fisher’s squad, as the No. 13 Aggies head to Tuscaloosa to take on No. 2 Alabama.

So, do the Aggies have any chance of pulling off the massive upset over the Crimson Tide? Let’s take a look at this big-time showdown that will be on CBS on Saturday afternoon:

Yes, Texas A&M struggled against Vanderbilt, but it was the first game after the weirdest offseason in recent memory. However, the Crimson Tide still have plenty of room for improvement despite a big win over Mizzou. Which team will make the adjustments necessary to win this SEC West showdown? Tune in to CBS at 3:30 p.m. Eastern time on Saturday to find out!

There are some surprise teams from the Group of 5. Which teams have been impacted most by revised schedules? 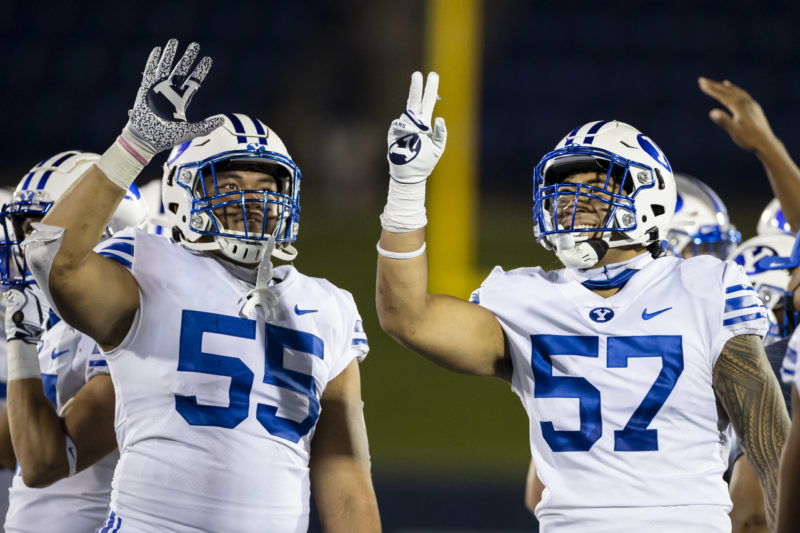 Through the first four weeks of the college football season, there have been a handful of Group of 5 programs that have been hard to ignore. Everything from Louisiana’s Cinderella-type status to BYU’s dominant start to a suddenly-loaded AAC has kept fans entertained early in the year.

Revised schedules have certainly played a role in how we’re viewing programs at the Group of 5 level this season. What’s interesting, though, is that some teams seem to have benefited from a new slate, while others could say there’s been a negative impact. Here are a few examples of how the new schedules in 2020 have affected programs:

It’s impossible to know what the college football season would’ve looked like if 2020 proceeded as planned. If all 10 leagues started from the beginning, maybe these Group of 5 programs wouldn’t be quite as intriguing as they are right now. Nonetheless, it’s been interesting to see how alternate schedules have affected those handful of programs so early in the season.

Here are the answers to today’s AP Poll quiz. The five ranked teams that lost over the weekend were:

“In the end, it seemed like Will Muschamp can’t do anything right. He gets his team back in the game and then it all falls apart.”

– SEC Network host Paul Finebaum put South Carolina coach Will Muschamp on blast following some questionable decisions in a 31-27 loss to Tennessee on Saturday. Many Gamecock fans are growing frustrated with the embattled coach.