Good morning and happy Monday! What a wild weekend of college football we just witnessed! A top team went down in stunning fashion, fog was everywhere and some highly ranked teams made big-time statements. Now, as we head into championship weekend, we’ll get our last looks at these teams before the College Football Playoff field is announced on Sunday.

In today’s newsletter, we’ll dive into the incredible LSU-Florida game, in which a thrown shoe played a huge role in the Tigers’ victory. Then, we’ll head to Auburn, where Gus Malzahn has been fired. Finally, we’ll take a look at some of the best uniform combinations of the week. Let’s get started!

A costly shoe-throwing penalty helped LSU upset Florida. What does the loss mean for the Gators? 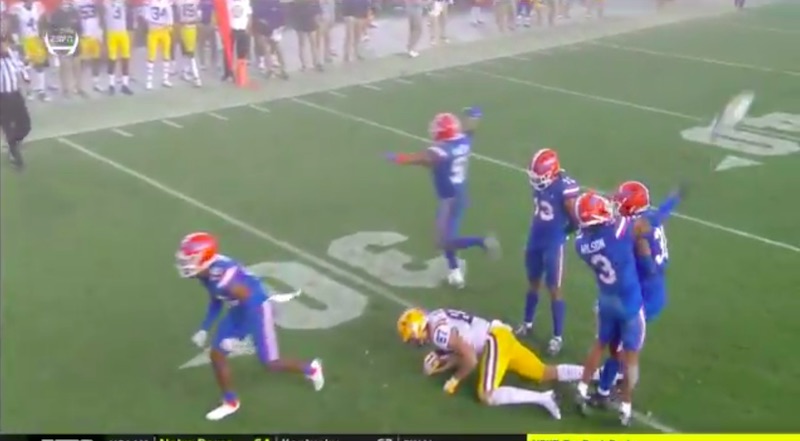 The Florida Gators entered Saturday night’s home game against a struggling LSU squad ranked No. 6 in the College Football Playoff rankings and eager to make a statement to the CFP selection committee. They made a statement, alright, but it wasn’t the one anyone expected, as the Gators fell to the Tigers 37-34 in dramatic fashion.

The key play happened late in the fourth quarter with the score tied at 34. That’s when Florida’s defense got a big third-down stop before insanity ensued. As you can see in the image above, Florida DB Marco Wilson picked up an LSU player’s shoe and threw it 20 yards down the field, drawing an unsportsmanlike conduct penalty. That kept LSU’s drive alive and the Tigers marched down the field before Cade York absolutely drilled a 57-yard field goal through thick fog to give LSU the lead.

What the heck happened? And what does the loss mean for the Gators? Let’s take a look at the aftermath of Saturday’s instant classic between the Gators and Tigers:

Florida already has its spot in the SEC title game against No. 1 Alabama locked up for this weekend, so not all is lost. A conference title would be a good consolation prize for the Gators after their CFP dreams were dashed. One Florida fan left Saturday’s game saying that the Gators would beat Alabama. Alabama will enter the game as a two-touchdown favorite, so we’ll see what happens in Atlanta on Saturday night. As we’ve seen recently, crazy things can happen!

There is only one more weekend of the college football regular season. Some teams will be finishing their regular-season slates this week, while others will be playing in their conference championship games. Then, we’ll have bowl season as the only games remaining.

Thus, time is running out for players to make their moves up the statistical leaderboards. Here are the guys who are currently leading the nation in nine key statistical categories (via CFBStats.com):

There are some tight battles atop the leaderboards, though Trask’s touchdown pass lead seems safe for now. We’ll see which players put up big numbers this coming weekend to move up in the rankings!

Auburn made the surprising decision to fire Gus Malzahn. Where will the Tigers turn for their next head coach? 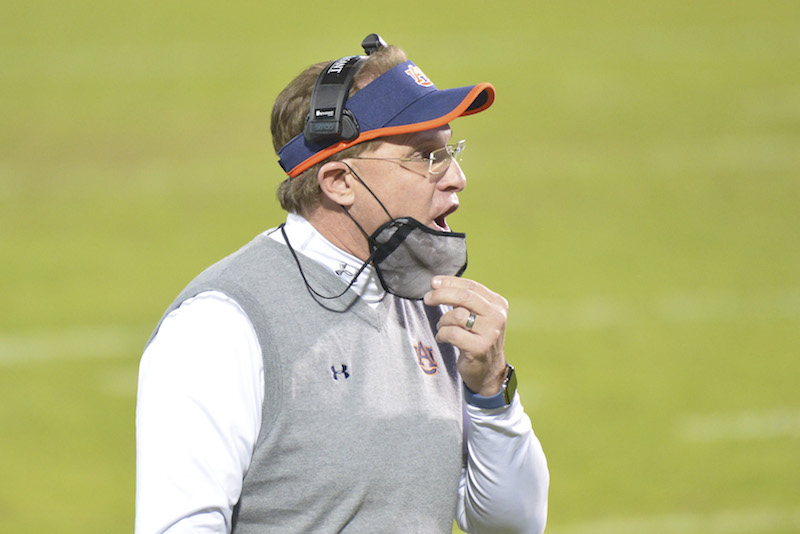 Auburn beat Mississippi State 24-10 in Starkville on Saturday night to finish the regular season with a 6-4 record. After the win, coach Gus Malzahn was recorded dancing in the locker room with his players. However, that turned out to be his last dance with the Tigers, as he was somewhat surprisingly fired on Sunday afternoon.

Now, the longtime Auburn coach will be looking for a new job, and the Tigers are stuck looking for a new coach right before the Early Signing Period begins on Wednesday. So, what’s the latest out of Auburn? Here are some of the big stories in the immediate aftermath of Malzahn’s firing:

There will be plenty more to discuss in the coming days and weeks with this situation. However, there’s some speculation this could be a quick search, with one media member saying he’s heard Auburn wouldn’t have made the decision to fire Malzahn if it didn’t already have the next coach lined up. Could it be Hugh Freeze? Could it be Billy Napier? Someone else? Things are just getting started on The Plains!

Army-Navy and other games featured great uniforms. Which teams wore it best this week? 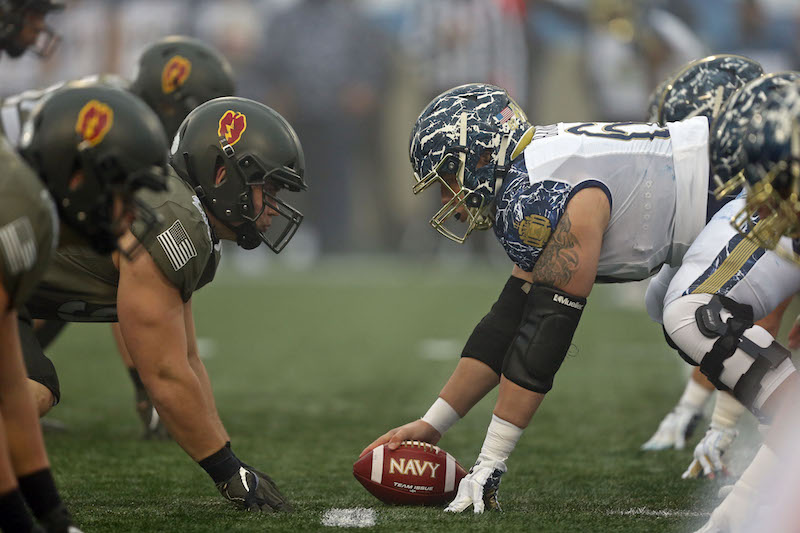 Usually, the second weekend of December is the weekend where the annual Army-Navy game is the only FBS matchup on the schedule. It’s a bridge between the conference championship games (normally played on the first weekend of December) and bowl season (which normally starts the third weekend of December). Of course, this season, things were different and there was a pretty full slate of games.

Fortunately, that led to some great uniform combinations on display all around the country. So, let’s take a look at the teams with the best combos of the week:

As of right now, there are 28 FBS games on the schedule for this week. Surely, some of those schools will break out some exciting new uniform combinations. So, tune in next Monday for perhaps the last uniform talk of the 2020 season!

The answers to today’s conference championship game quiz are:

– Northwestern coach Pat Fitzgerald has a feeling fans and media members will heavily favor Ohio State in Saturday’s Big Ten Championship Game. Can the Wildcats pull off the huge upset?

College football fans know ABC stands for “Always Be Crootin’.” Georgia coach Kirby Smart took that to heart with an interesting comment after the Bulldogs’ 49-14 win at Mizzou on Saturday. Could this be in reference to 5-star LSU freshman TE Arik Gilbert, the Georgia native who is reportedly “homesick” and considering transferring from the Tigers? Very interesting, indeed.