Good morning and happy Friday! The Big Ten is officially back tonight, with Illinois traveling to take on No. 14 Wisconsin! Then, Saturday features a fuller slate of games than we’ve seen thus far in 2020, as the Mountain West also returns to action.

In today’s newsletter, we’re going to break down why the Michigan-Minnesota game is so important to both teams. We’ll also discuss a big decision looming for Clemson QB Trevor Lawrence. Then, we’re going to put a few ranked teams on upset alert. Let’s get started, shall we?

Trevor Lawrence is the likely No. 1 pick in the 2021 NFL Draft. Should he take his chances or return to Clemson? 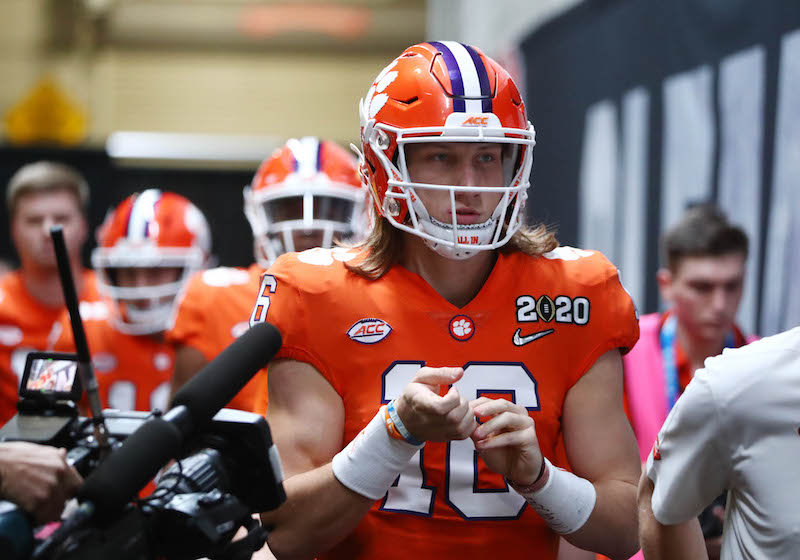 There isn’t much Clemson QB Trevor Lawrence hasn’t accomplished during his college career. He’s won a national title and made the College Football Playoff field both years as the Tigers’ starter. If there’s one thing he hasn’t done, it’s win the Heisman Trophy, but he’s among the frontrunners for the award as things stand now. He’s also the likely No. 1 overall pick in the 2021 NFL Draft, should he choose to forgo his senior season.

But, all of a sudden, many analysts and media members don’t think he should be so quick to leave Clemson after this season. Let’s take a look into some storylines regarding Lawrence’s looming decision:

Of course, the Jets might not end up with the top pick. Yes, they’re 0-6, but a whopping nine NFL teams have only one win thus far. The competition is fierce. You can’t blame Lawrence if he’s watching and weighing all his options, including potentially returning to Clemson for the 2021 season. We’ll see what happens at the end of the year.

We have an almost completely full slate of games this weekend with the Big Ten and Mountain West coming back! And, it’s only a matter of time until the Pac-12 and MAC join the party, as well. Still, this weekend, there are a ton of great games featuring ranked teams.

Who are the favorites in some of the top games of the week? Well, you’ll see a lot of ranked home teams that are expected to win by some impressive margins. Here’s a look at some of the key lines of the weekend:

We’ve seen major upsets almost every week this year, so it’ll be interesting to see which teams hit a speed bump this weekend. No one is safe from chaos in 2020!

No. 18 Michigan vs. No. 21 Minnesota is the B1G Game of the Week. What’s at stake in Minneapolis? 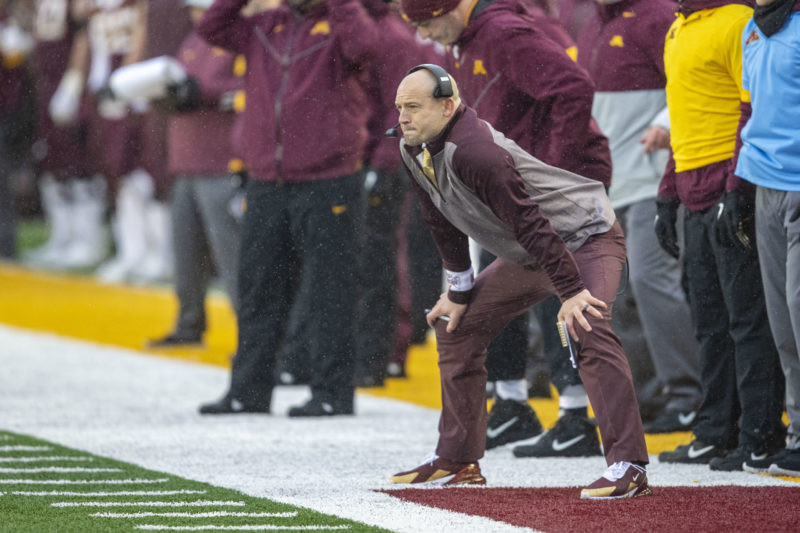 Every game of the B1G season is critically important this year, with just eight games scheduled for the regular season. But perhaps no game is more significant than Saturday night’s showdown between No. 18 Michigan and No. 21 Minnesota in Minneapolis. Hey, there’s a reason College GameDay is heading to the Twin Cities, right?

Both Michigan and Minnesota are trying to prove they are legitimate contenders in their respective divisions. The Wolverines continue to play second-fiddle to Ohio State in the B1G East and are hoping to soon change the narrative. The Golden Gophers are attempting to replicate a magical 11-2 season in 2019, and show the world it wasn’t a flash in the pan.

There’s no question that, on Saturday night, one team’s B1G championship aspirations will get a huge boost while the other’s will take a significant blow:

Has it been mentioned that this game is important? The difference between 1-0 and 0-1 to start this wild, weird and wacky 2020 season is significantly more dramatic than in any other year. It’s even bigger for two teams hoping to compete for division crowns. The winner gets a ton of momentum to start the season and keeps their B1G Championship hopes alive. A loss doesn’t eliminate either team just yet, but it’s certainly back to the drawing board.

For today’s quiz, let’s test your knowledge of some of the top quarterbacks in the country. So far this season, there are five FBS quarterbacks who have thrown 10 or more touchdown passes with only 1 interception. Can you name them and the schools they play for? 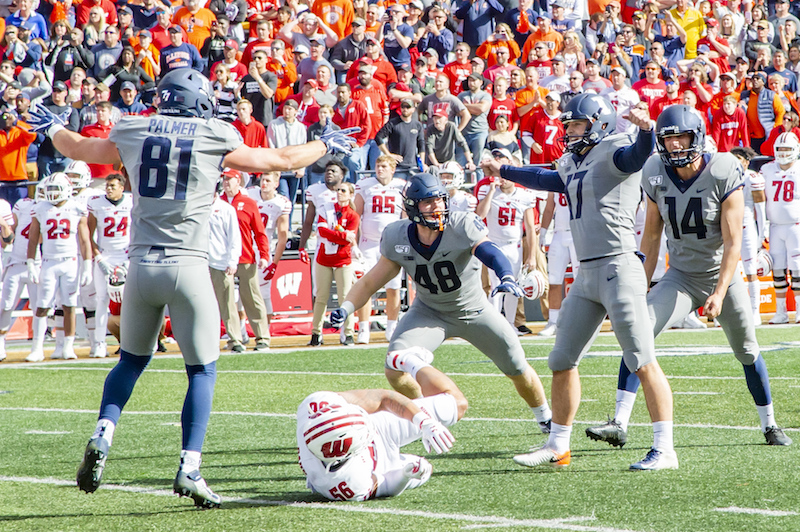 There are more games on TV this weekend than there have been all season, which is great news for those of us who love spending our Saturdays watching countless hours of college football. And, with the way the 2020 season has been going thus far, more games will almost certainly mean more upsets.

So, which teams in the current AP Poll top 25 are most in danger of losing this weekend? Let’s take a look at four teams on upset alert, starting with a game on tonight’s schedule:

With four matchups of ranked teams, we know at least four ranked teams will lose this weekend. How many others will go down in upset fashion? We’ll find out starting tonight with the much-anticipated return of the Big Ten!

Here are the answers to today’s FBS quarterbacks quiz. The five quarterbacks who have thrown at least 10 touchdown passes with only 1 interception are:

Who will be the last of that group to throw his second interception?

“Nebraska is a complete wild card,” he said on the show. “I think, on paper, they look closer to what they were supposed to be last year than they did last year. I think they absolutely have top-30 potential if the defense comes along and if Adrian Martinez has a couple of receivers.”

– ESPN analyst Bill Connelly said during a podcast appearance that he isn’t sure what to make of Nebraska this season. The Cornhuskers could end up being one of the most-intriguing teams in the Big Ten.

LSU coach Ed Orgeron cracked a joke about the 2019 Heisman Trophy winner coming back if 2020 starter Myles Brennan’s injury keeps him out against South Carolina. Sorry, Coach O, but Joe Burrow ain’t walking through that door!