SEC team calls off spring game due to pandemic

An SEC team has decided to pass on hosting a spring game this year, due to the ongoing COVID-19 pandemic.

On Tuesday, Florida athletic director Scott Stricklin announced that the Gators will not be hosting its annual spring game in 2021. This will be the second straight year in which the team will not play a spring game, as last year’s event was also canceled because of the pandemic.

Below is the statement, released by Stricklin on social media. Florida still plans to go through with a 15-practice spring season this year, but it will not host the intra-squad scrimmage with fans in attendance at Ben Hill Griffin Stadium. 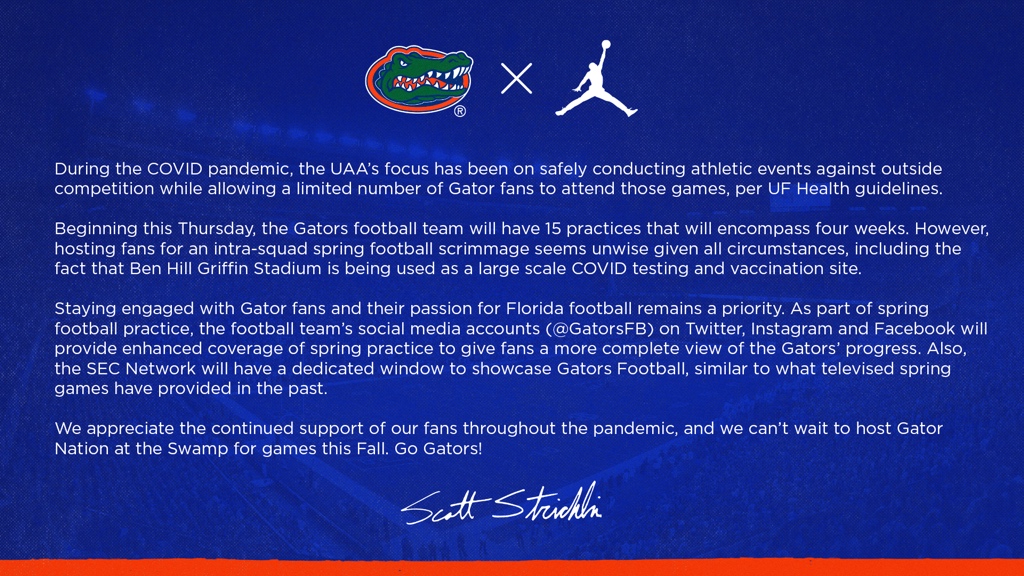 Not many schools have announced plans for a spring game at this point. Florida’s decision to forgo a traditional spring game could be a common route most schools take because of the pandemic and the protocols that come with hosting a crowd.

With spring practices just around the corner, we’ll surely hear more from other schools in the near future.