The trash talk about the B1G’s new and revised 2020 schedule has already begun. The schedule hadn’t even been out an hour before it started.

Michigan defensive lineman Kwity Paye was quick to chime in on the schedule following its release on Saturday. After seeing the schedule, something stood out to the Wolverines star — he thinks Ohio State got the easiest schedule in the B1G.

“They gave them boys the easiest schedule,” Paye wrote on Twitter.

No, Paye did not mention Ohio State by name, but it was pretty clear who he was talking about. The Buckeyes have a cross-division schedule against Nebraska and Illinois, with those two squads finished 5-7 and 6-7 last fall, respectively. 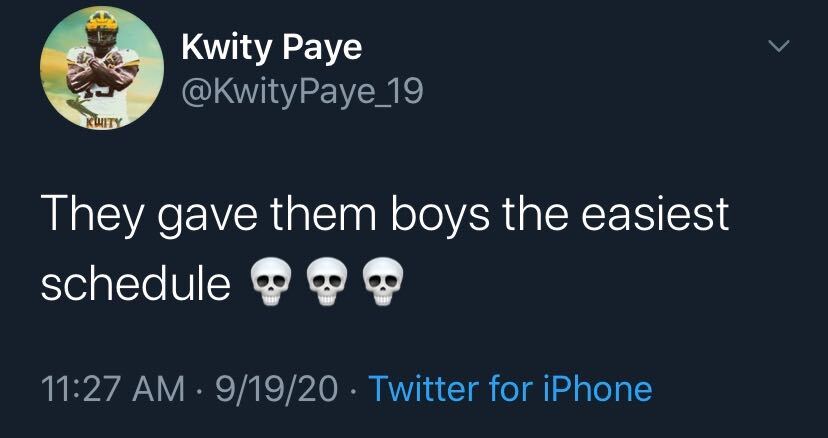 Michigan, on the other hand, will play Minnesota to open the season and its other cross-over game comes against Wisconsin. The Gophers were an 11-win team last year while the Badgers hit the 10-win mark and won the B1G West.

Plus, Michigan will have to go on the road to Columbus to take on Ohio State in the regular season finale on Saturday, Dec. 12.

Michigan has had its troubles with Ohio State over the last two decades. The Buckeyes have won eight-straight times in The Game, and have been victorious in 15 of the last 16. Since 2000, the Wolverines have won just three contests against their rivals.