The B1G had finished with more four- and five-star commitments than any year in the recruiting ranks era. Sure, there are more teams than ever, but that’s saying something.

There were big-time announcements, surprise flips and bizarre signing day stories on Wednesday.

But in the end, here’s what stood out the most in the B1G.

Nobody in the B1G pulled off more late surprises than DJ Durkin. He’s building something serious in College Park. He finished the day with the Terps’ top-rated class in program history. The Terps signed seven four-star recruits, all of whom hail from the DMV.

This is exactly the way Durkin was hoping to build this program. Sure, guys like Calvin Ashley, Joshua Kaindoh and Chase Young would’ve been huge, but Maryland isn’t far from landing those recruits.

Getting a local recruit like Anthony McFarland was huge, as was getting signing day surprises from Virginia Tech flip Tahj Capehart and four-star tailback Cordarrian Richardson. Actually, Richardson flipped to UCF a day later.

Still, Maryland’s backfield is loaded with versatile underclassman talent. The thought of Durkin’s haul in his first full recruiting cycle — that crop of talent isn’t going anywhere — should be a scary thought for the B1G East. 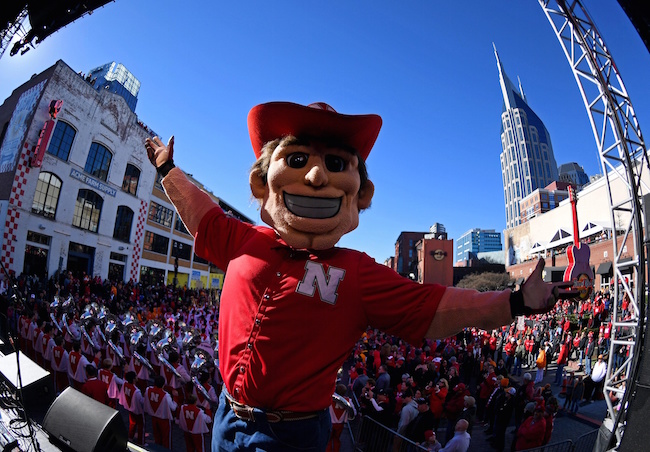 Mike Riley came into the day with hopes of adding possibly three elite California prospects to his 2017 class. Instead, he landed one of the three and also lost four-star Los Angeles wideout Jamire Calvin to Washington State.

Nebraska would’ve gotten all sorts of “we’re back” hype had five-star receiver Joseph Lewis and teammate Greg Johnson committed to the Huskers. But they picked USC, which many expected after the Trojans’ Rose Bowl run. And the Calvin thing, well that was just weird.

The lasting thought was that while the Huskers produced another top-25 class — that’s nothing to scoff at — they again were contained to “good, not great” status. A top 10-15 class would’ve given the Huskers the incoming talent they’ve lacked for most of the 21st century.

To be fair, Riley’s staff still deserves a lot of credit for getting late additions from four-star recruits like Tyjon Lindsey and Elijah Blades. Still, one can’t help but wonder how Nebraska could’ve finished the 2017 class had it closed the 2016 season stronger instead of watching USC reclaim its spot as a national power. 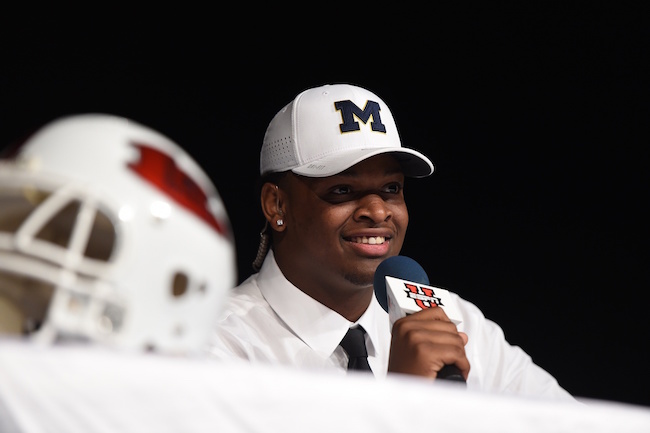 Michigan and Ohio State had different signing days, but the result was the same. Both ended with top-five classes and reminded the world that they aren’t going anywhere.

The Wolverines actually had a nearly perfect signing day with getting big-time commitments from five-star defensive tackle Aubrey Solomon and four-star receiver Nico Collins, both of whom came from SEC territory. Don’t underestimate the doors can open for Jim Harbaugh in the future. Look what he did to the state of New Jersey.

OSU might’ve missed out on top target Marvin Wilson, but the Buckeyes still finished with a top-two class. With the exception of a commitment from four-star offensive lineman Thayer Munford — Urban Meyer said he had actually been committed for a few days — signing day was relatively uneventful. Meyer knew it would be with nearly half of his 2017 class already enrolled.

Either way, both programs just lost a ton of talent and replaced it with a combined 40 four- and five-star recruits. It’s been a while since two B1G programs have consistently recruited at this high of a level.

As long as there are scholarships for Harbaugh and Meyer to give, that isn’t changing anytime soon.

And one last thing…

Kobe Buffalomeat might be America’s favorite recruit, but for B1G fans, it should be Northwestern recruit Joe Spivak. He accepted a walk-on spot at Northwestern instead of taking a scholarship at Michigan State. He’s apparently the funniest guy in the recruiting class, and he said he wants to earn a scholarship and not be given one.

Just give him the Heisman already.

Connor O'Gara
Connor O'Gara is the senior national columnist for Saturday Tradition. He's a member of the Football Writers Association of America. After spending his entire life living in B1G country, he moved to the South in 2015.
RECENT ARTICLES
BIG TEN
Which B1G quarterbacks will pass for 3,000 yards in 2021?
BIG TEN
B1G to allow fans at conference tournament in Indianapolis
BIG TEN
Here's where every B1G team ranks on KenPom with 1 week before B1G Tournament
BIG TEN
50 B1G players earned an invite to the NFL Combine. A breakdown by school