College football season is just over two months away, which means we’re not jumping the gun by looking at the non-conference slate.

You already know the headliners by now, but there’s more than the headliners. In all likelihood, six of the B1G’s non-conference opponents will start the season in the top 25.

Which one is the best? Here’s an early guess:

Duke figures to take a step back defensively without do-it-all All-American safety Jeremy Cash. But if Thomas Sirk can return healthy, the Blue Devils will present a challenge to the Wildcat defense. Just ask Indiana about that.

The last time BYU came to B1G country, it didn’t work out well. But the Cougars did kick off the season with a last-second win at Nebraska in which Tanner Mangum stole the show. He’s back, as is Taysom Hill, which means BYU will have a capable offense. The question is how the defense will operate in its first year without Bronco Mendenhall.

I don’t care if NDSU is an FCS school. Five straight FCS national titles is impressive, and Iowa knows that. Even more impressive? NDSU is 4-0 against Power Five schools — all on the road — during that stretch. Upset alert, indeed. 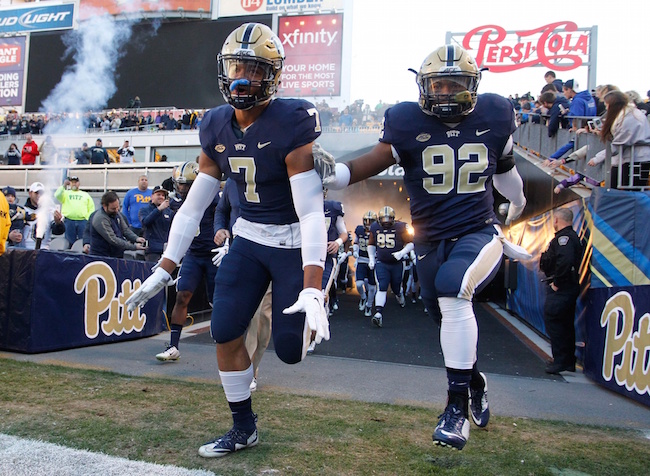 Former Michigan State defensive coordinator Pat Narduzzi would love nothing more than to hand his in-state rival a loss. The Panthers will also get a major boost from the return of James Conner, who was one of the nation’s top backs before he undergoing MCL surgery and chemotherapy for Hodgkin’s lymphoma. Also scary for the Lions is the fact that Narduzzi applies plenty of pressure defensively. The last thing James Franklin needs is a Temple do-over.

Illinois’ loss at Chapel Hill last year was the first sign that the Heels might’ve been better than their opening week loss to South Carolina. UNC ending up being a game away from a possible College Football Playoff berth. Sleeper Heisman candidate Elijah Hood is back, but lucky for Illinois, quarterback Marquise Williams is not. Lovie Smith’s first Power Five game will still be one of his toughest in 2016.

Everyone is going to look at the fact that Oregon lost its best player on each side of the ball (Vernon Adams and DeForest Buckner) and it collapsed against a depleted TCU squad in the Alamo Bowl. But the Ducks reload at quarterback with another talented FCS graduate transfer, Dakota Prukop, and Royce Freeman is one of the top five backs in the country. That offense is plenty capable of lighting up the scoreboard, much less against a Nebraska defense that finished 76th in scoring last year.

Speaking of scary Pac-12 teams, there are some who predicted that Washington will make the College Football Playoff in 2016. Why? The Huskies return eight starters from a top-20 defense and they bring back some talented young skill players on offense. Traveling all the way to Seattle won’t be an easy way for Chris Ash to kick off his Rutgers career. 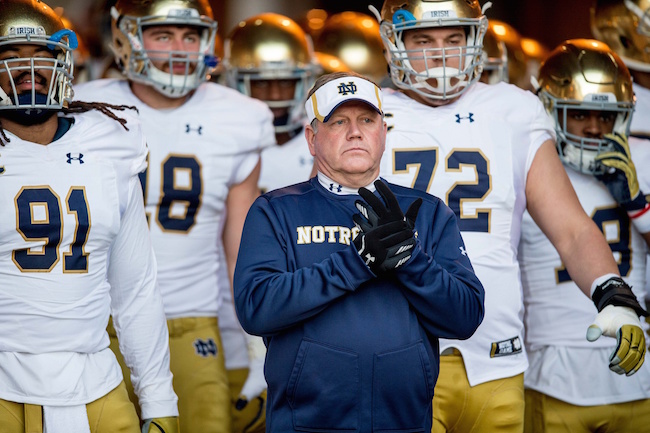 The Irish have a very Ohio State-like feel entering 2016. They’re reloading — not rebuilding — and doing so around a dynamic dual-threat quarterback. It remains to be seen if that’ll be DeShone Kizer or Malik Zaire. A dominant, experienced defensive line will present a major early-season challenge for a new-look Michigan State offense.

I nearly put LSU at No. 1. The combination of Leonard Fournette and Dave Aranda’s defense is going to take LSU to the next level. The Tigers could very well knock off Alabama as the SEC team to beat. So why aren’t they No. 1? They have an unproven passing game that might not be able to bail them out if Fournette somehow can’t get going. Still, LSU is a legitimate national title contender.

There might not be a better offense in the country than Oklahoma’s. The College Football Playoff semifinalists return a Heisman candidate at quarterback in Baker Mayfield, and a dynamic tailback in Samaje Perine. They’ll have offensive balance galore and the ability to put up 50 on any given Saturday. The only question with Oklahoma is on defense. The Sooners lost four first-team All-Big 12 players from the conference’s top scoring defense. But Stoops is known for maximizing defensive potential. If he does that, a young Ohio State team will have its hands full in Norman.