At least one projection has Indiana’s undefeated start coming to an end in Week 3.

Under head coach Tom Allen, the Hoosiers are looking to follow up a strong 2019 season with an even better 2020. So far, Indiana has raced out to 2-0, including an upset of Penn State, with Michigan on deck in Week 3.

On the other side of the ball, Jim Harbaugh’s Wolverines went from hot-to-cold in Week 2. After a big win over Minnesota to open the season, Michigan went ice cold against Michigan State and lost despite being a three-touchdown favorite.

Despite the start for both teams, it is Michigan entering Week 3 as a slight road favorite for the contest. Most places are favoring the Wolverines at -3 for the contest, and at least one computer sees Michigan winning by more than that.

According to the computer prediction put out by Odds Shark, Michigan is projected to win 25.6-14.6 in what would be a big bounce-back performance: 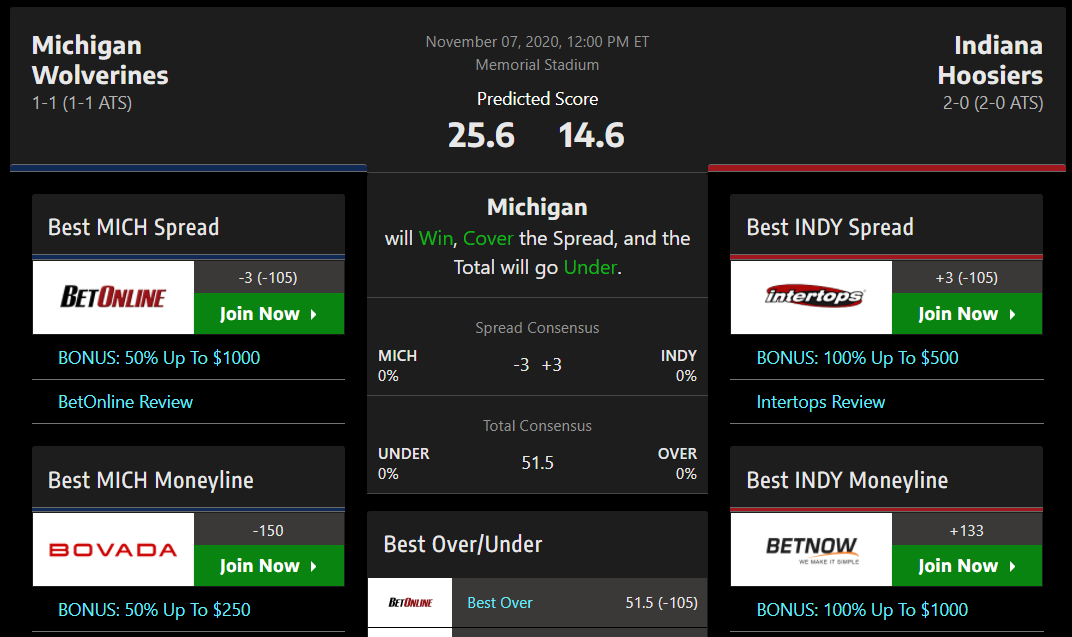 Will that prediction hold true? Saturday’s kickoff is set for 12 pm EST on FS1.