The B1G East race hinges on Saturday’s showdown in Columbus, and Ohio State is looking for another dominant performance against a tough Penn State squad.

The Buckeyes have been rolling from the jump this season, posting one huge performance after another. They have been seemingly unstoppable, but this will be by far the biggest game for Ryan Day and company.

For Penn State and James Franklin, the Nittany Lions have been a bit more inconsistent at times this year. However, they remain explosive on offense and more than capable to knock off any team when clicking.

As it currently stands, Ohio State is an 18.5-point favorite for the game between top-10 opponents. Odds Shark also put out a computer prediction for the game, and it is predicting yet another rout for the Buckeyes.

It is predicting Ohio State to put up 50 points while covering the spread in impressive fashion: 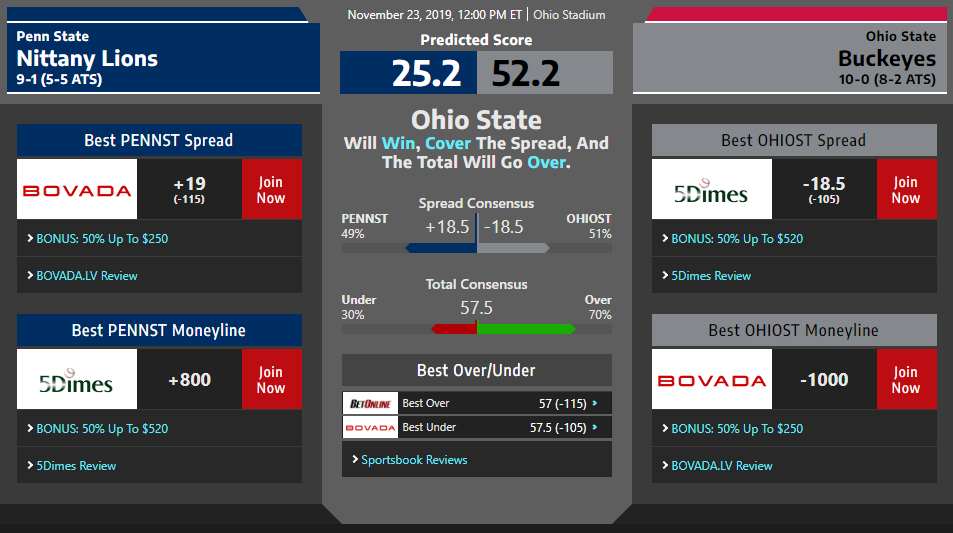 Will Ohio State roll in front of its home crowd, or will the Nittany Lions pull off an upset? Saturday’s kickoff is set for 12 pm EST on FOX.