There’s a lot at stake in Ann Arbor this weekend.

Michigan needs to bounce back after back-to-back losses. Wisconsin hasn’t stepped on the field on Saturday afternoon (or a Friday night) since Week 1.

When the Badgers head to Ann Arbor, coach Paul Chryst is facing an 0-2 record at the Big House, but he’ll be facing a Michigan team that is having trouble on both sides of the ball – giving the Badgers a potential weakness to exploit.

But Wisconsin has only booked one game this year – a blowout over Illinois – and are sure to have some rust. But can the Wolverines capitalize on that?

OddsShark has released a computer prediction for the game, and it’s expecting a close, high scoring battle with the Badgers having a slight advantage, with a 31.2-28 win over the Wolverines. 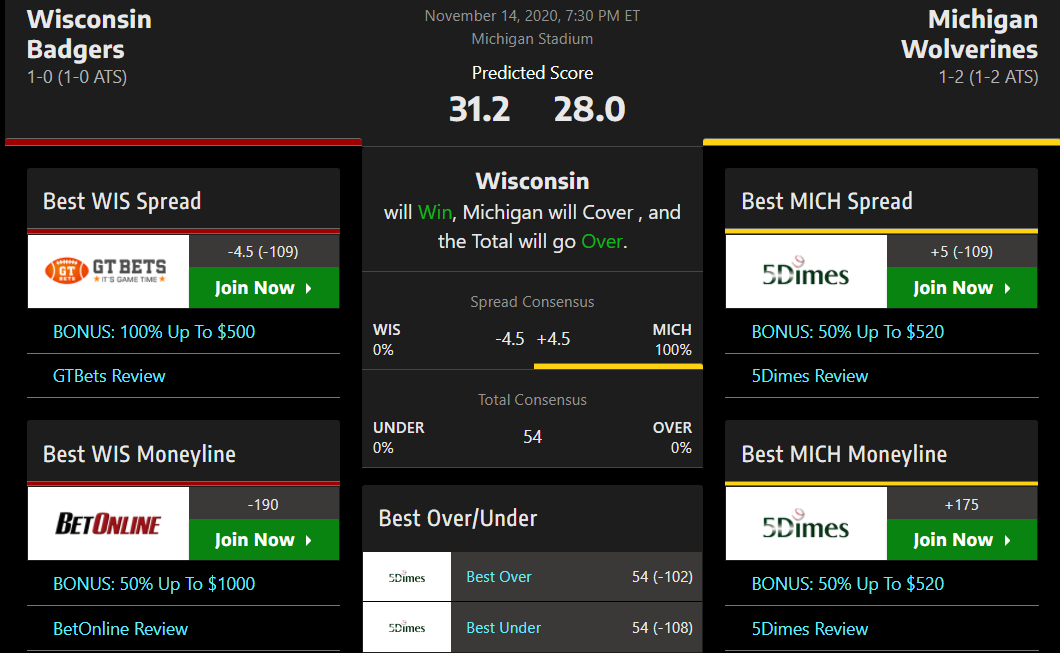 Expect plenty of offense and a tight contest. Saturday’s kickoff is set for 7:30 PM in Ann Arbor.