Vegas computer predicts yet another tight finish for Nebraska-Northwestern showdown

Fans that have grown accustomed to tight finishes in the Nebraska-Northwestern series may get treated to more of the same this season.

In Week 3, the 0-1 Cornhuskers are on the road to take on the 2-0 Wildcats. Ahead of Saturday’s kickoff, Northwestern continues to track as a 3.5-4.0-point favorite for the contest.

Based on the computer prediction put out by OddsShark, the Wildcats are expected to hit right on that four-point line with a 26.2-22.2 victory. That would move Pat Fitzgerald’s team to 3-0 with a serious shot in the B1G West: 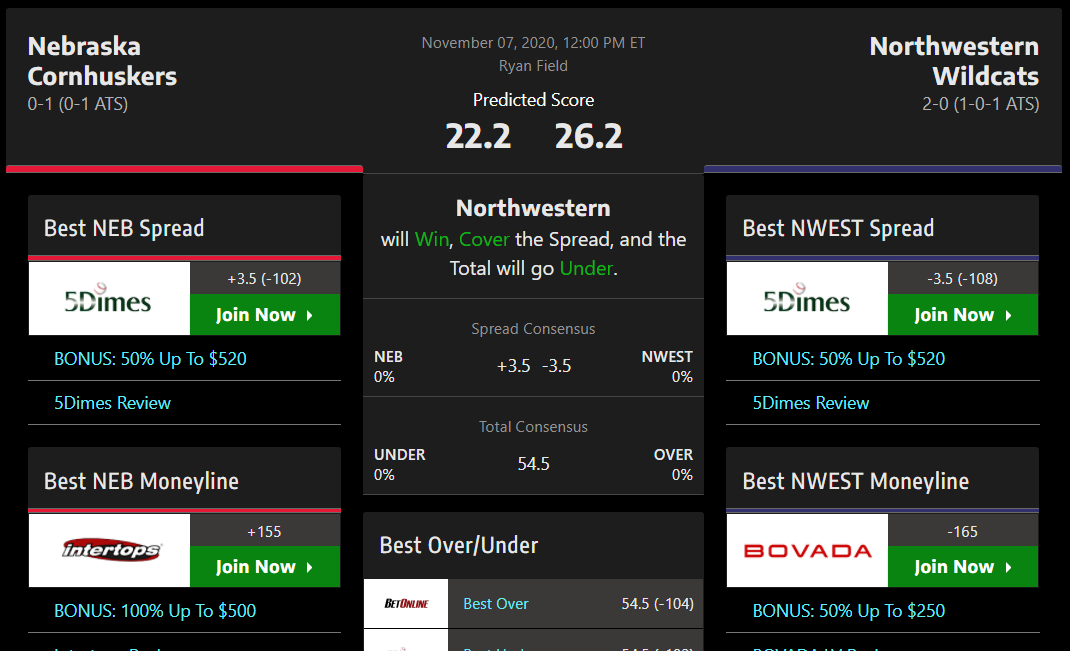 At this point, fans in this series should just plan on the game coming down to the wire. In nine meetings since 2011, seven games between Nebraska and Northwestern have been decided by seven points or less.

Even more remarkably, six of the last nine showdowns have been decided by a field goal or less. That includes back-to-back games in the series with Nebraska winning by a final of 13-10 in 2019.

Who comes out on top this time around? Saturday’s kickoff is set for 12 pm EST on BTN.