For the first time all year, there were no shakeups in the B1G Power Rankings.

But hey, you can still learn something by reading this:

The bye week could’ve only helped Rutgers, especially after hanging around against Minnesota. Perhaps some positive film will lead to a better effort against Indiana.

That was a miserable effort from Illinois. Even with a third-string quarterback, the Illini could’ve put together a better collective effort on the defensive side against a one-dimensional offense. Illinois is running out of winnable games on its schedule.

It’s November and Purdue still has a chance to reach Indianapolis…but that’s a product of the parody at the top of the B1G West. Nothing you saw from Purdue against Penn State made one confident that this team could stop the run. As mentioned before, the Boilers end the season against four solid running teams. It could get ugly. 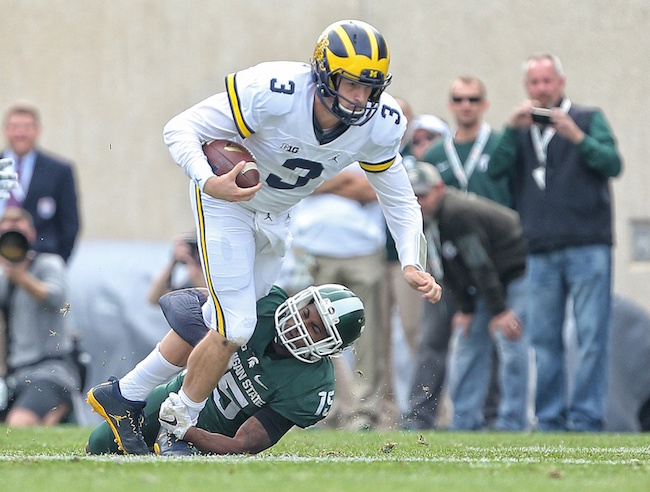 To MSU’s credit, that was perhaps the best game it played all season. Knowing what we know now about Notre Dame, a nine-point loss to Michigan is more impressive, especially with a carousel of quarterbacks. If the Spartans can play with that type of defensive intensity, November can be much different than October.

I was ready to put the Terps back in the top seven with a solid road showing at Indiana. Instead, Maryland’s inability to stop the run was exposed in the worst way. It sounds repetitive and boring, but if you can’t stop the run, you won’t have any consistency in the B1G. Maryland is improved, but is still struggling to establish consistency.

There were a lot of people — myself included — wondering if the Rutgers scare would repeat itself at Illinois. Well, the Gophers made sure it didn’t. I still question how this team will look if and when it falls behind in those final three games, but Minnesota’s ground game is looking even better than advertised.

Quality losses can prove a team isn’t bad, but a team isn’t good if it loses four in a row. Indiana avoided that against Maryland and greatly improved its bowl chances. If the ground game looks that good in November — that would be asking a lot — the Hoosiers will fare better than most will predict against Penn State and Michigan.

The bye week already helped the Hawkeyes. Getting two starting linemen and George Kittle back will be a nice boost to the offense. Hopefully the bye week helped C.J. Beathard, too. If he gets some of his mobility back, Iowa has the ability to play spoiler down the stretch. 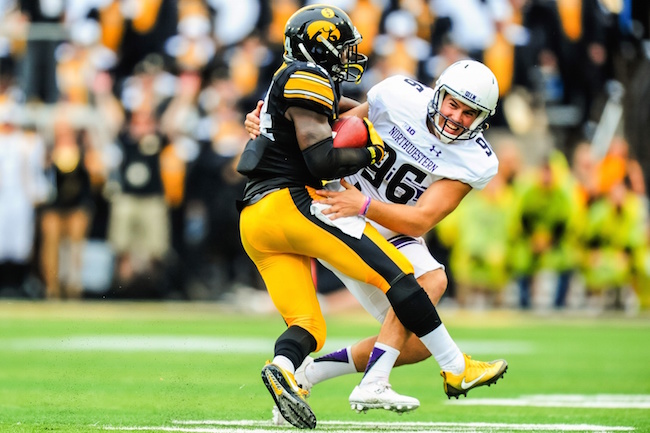 The Wildcats didn’t have anywhere near the skill that Ohio State did, and on paper, it should’ve been a three-touchdown game. But Northwestern continued to play like it did all October and gave the Buckeyes everything they could handle. After that game, I’m pretty sure they started selling Austin Carr jerseys in New England.

Saturday was going to either validate or blow up Nebraska’s soft start to 2016. Even in a loss, Nebraska was validated. Pushing the Badgers to overtime at Camp Randall isn’t easy. Just ask Ohio State. The Huskers were a play away from earning one of the most-impressive wins of the season. Lucky for the them, they get another crack at claiming that title this week.

The Lions avoided the sleeper game in West Lafayette in convincing fashion. Against that run defense without Jake Replogle, that’s what top 25 teams are supposed to do. Will Saturday be another showcase game for Barkley? Iowa’s running defense has been inconsistent all year. It’ll have to be lights out to contain Barkley.

Could Wisconsin be any more battle-tested? The Badgers faced four teams in the current top 13 of the College Football Playoff rankings. Two of those were wins and two were one-touchdown losses to Michigan and Ohio State. The next major hurdle for Wisconsin? Winning in Evanston for the first time this century. 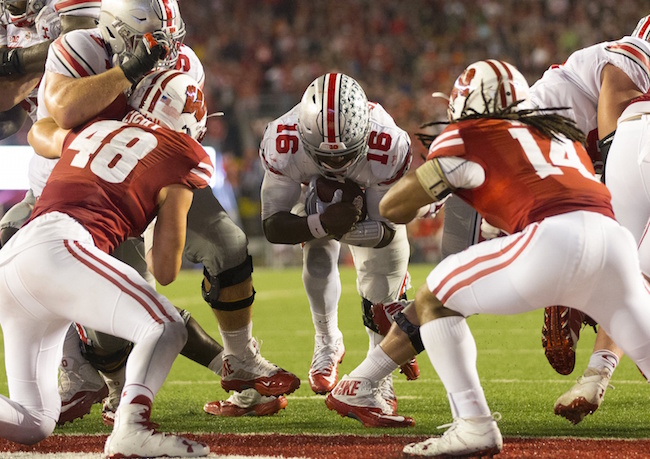 Ohio State is trending down at the wrong time of year. The young Buckeyes did the opposite of what we all expected. They looked like seasoned vets in September and in October, they didn’t put a full game together after Rutgers. A big part of that was the passing game. An inability to stretch the field combined with accuracy issues have hurt. A 4-4 turnover split in that four-game stretch wasn’t helpful, either. The Buckeyes have to find ways to play more consistently without relying on forcing turnovers.

What if I told you at the beginning of the season that Michigan’s worst game of the first nine weeks would be a nine-point win at East Lansing? That’s saying a lot. No, the Wolverines didn’t keep their foot on the gas down the stretch against a 2-5 Michigan State squad. But Michigan answered the call in its first hostile atmosphere of 2016. And for all the talk about the Wolverines’ weak schedule — Michigan still lacks a true quality road win — they have three wins against teams in the current top 15. That’s as many as Alabama and Clemson combined. In fact, no team has as many wins vs. the current top 15 as Michigan. Just sayin’.