Week 11 B1G Power Rankings: Can anyone break into top four?

The top four of the B1G looks as dominant as ever. Sure, that group has a pair of two-loss teams in Penn State and Wisconsin, but both are playing at an elite level in November. That’s before we even talk about Michigan and Ohio State, both of whom look to be hitting their stride at the right time of year.

That’s why it’s so difficult to crack the top four of the B1G.

Here’s a stat to chew on. Against teams ranked in the current Associated Press top 25, the B1G’s top four teams are 9-4. Only one of those losses came from a team outside of that group (Penn State lost at Pitt). The rest of the B1G is a combined 0-24 against teams in the current AP top 25.

With that in mind, don’t argue about why your team should be in the top four:

I’ll say this. Rutgers looks like a much better team with Gio Rescigno under center. Given how poorly Michigan State’s defense played this year, there could be a chance for the Scarlet Knights to put up some points and possibly get their first B1G win of the year.

You can make an argument that the Spartans are worthy of the No. 14 spot. That’s where we’re at. If they lose to Rutgers at home, MSU will somehow fall even further.

Make that two B1G wins for Lovie Smith. Even though it’s been a rough season in Champaign, the talent on the defensive side is obvious. Dawuane Smoot and Tre Watson were both dominant against the MSU offense. Illinois’ defensive playmakers could present problems for B1G West teams down the stretch.

Like Illinois, Purdue has pieces that are promising. David Blough is looking like someone who will throw for a ton of yards for years to come. If Purdue’s defense could ever get off the field, the Boilers would actually be an upset threat. 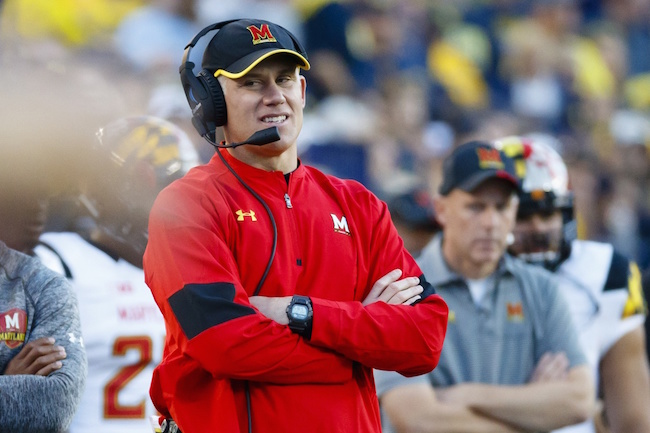 To be clear, there’s a major gap between spots No. 10 and No. 11. We saw that a month ago in College Park. DJ Durkin will narrow the gap between his team and B1G powers. He’s too good of a recruiter not to. But for now, B1G powers will humble the Terps, especially if Perry Hills is hobbled.

Minnesota is 7-2 and with one more win, it would mark the first time the program won eight games in three of four seasons. That’s the good news. The bad news is that Minnesota’s seven wins came against teams with conference records of 5-19. The last three games are against teams with a combined conference record of 11-7. If the Gophers win two out of three, Tracy Claeys’ wallet might grow.

For as many struggles as Iowa had coming into Saturday, it hadn’t lost a game by more than a touchdown. But against the Lions, all of the Hawkeyes’ issues came to a head. C.J. Beathard still isn’t healthy, he doesn’t have receivers that can get separation and the defense still can’t stop the run. It could get ugly against Michigan this weekend.

Beating Rutgers is hardly worth getting worked up over. If Kevin Wilson’s squad didn’t pick up a win in Piscataway, he would’ve been all sorts of irate. But the Hoosiers are one win from bowl eligibility with that home finale against Purdue lingering. If they somehow halt the Penn State freight train this weekend, it’d be the biggest win of the Kevin Wilson era. 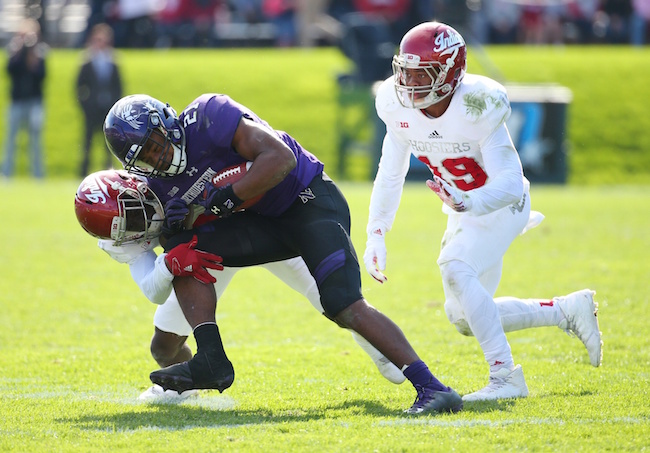 The Wildcats still look like a much better team than the one we saw in September, but any notion of this group cracking the top 25 is all but gone. In Northwestern’s defense, that Wisconsin defense contained Michigan and Ohio State. Matchups against Purdue, Minnesota and Illinois are favorable for an offense that still looks like it turned the corner a month ago.

Well, that escalated quickly. I don’t buy the notion that Nebraska was “a fraud.” A fraud would imply that the Huskers weren’t good at all. They don’t lose that game by 59 if Tommy Armstrong doesn’t get hurt. If they lose to Minnesota at home, however, Mike Riley’s feel-good story will certainly turn sour.

Sleeper game? What sleeper game? The Badgers squashed that possibility with yet another dominant defensive performance. That Northwestern offense was on fire. Even with a banged-up T.J. Watt, the Badgers still stymied the Cats on the road. With the Nebraska loss, Wisconsin now has control of its own divisional destiny. Who wouldn’t want to see the Badgers take on Michigan or Ohio State on a neutral field? 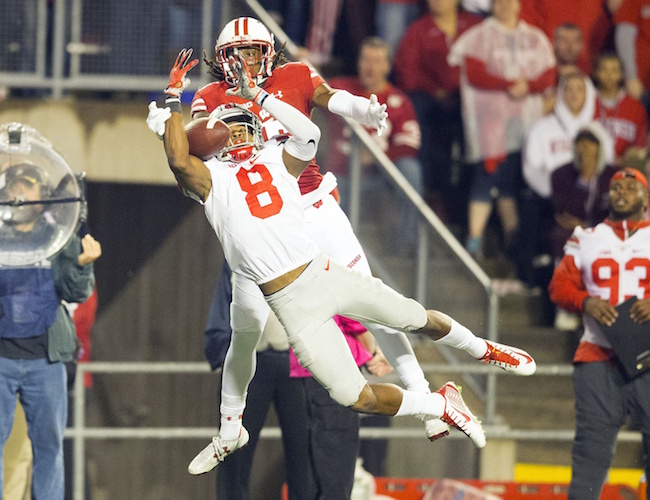 Talk about a get-right game. Just when we were wondering if Ohio State really was elite, it turned in as dominant a performance as you’ll see in a battle of top-10 teams. Even before Tommy Armstrong went down, the Buckeyes were ready to roll. And roll they did. Also a hidden bonus for OSU; Penn State keeps winning and looking every bit like a top-15 team.

The Wolverines have six wins of 33-plus points. They have three of 56 points. Simply put, there’s not much more Michigan can do with its schedule to prove its dominance. The Wolverines will likely find themselves at No. 3 if they keep winning and Clemson and Alabama do, as well. We won’t know how elite the Wolverines are until the Ohio State game. But if they go into Iowa City and roll, that’ll be even more proof that Michigan isn’t just a product of a favorable schedule.