Week 12 B1G Power Rankings: A shakeup at the top?

Everybody talked about all the madness in college football on Saturday. Sure, it was crazy, but it’s not like there some crazy shakeup in the B1G Power rankings (except at the top).

Obviously those are the only rankings that really matter:

Now where was that kind of offensive dominance all year? Well, more like, where has Rutgers been all year? That was the first time MSU held a Power Five opponent to less than 24 points. Could that spark a late-season turnaround with Ohio State and Penn State left?

What did you expect to happen in Madison? If Michigan, LSU and Ohio State struggled to score against the Badgers, Illinois didn’t stand much of a chance. If Illinois could somehow muster a two-game winning streak to end the season, it would match its 2015 win total. But that doesn’t look promising.

I know, I know. That was the fifth-straight loss and the fourth time in five games that the Boilers allowed at least 44 points. How are they not ranked lower? Well, that Illinois win loomed large. MSU couldn’t win in Champaign and Purdue did. Having said that, Wisconsin and Indiana will both be heavy favorites vs. Purdue in the final two weeks.

Again, another team that was destroyed at home. Why didn’t they fall more? Well, nobody thought Maryland would keep it close against Ohio State. The Terps were humbled against Michigan and Ohio State with losses by a combined 121-6. Still, expect this unit to keep it somewhat close on the road at Nebraska this week. Seriously. 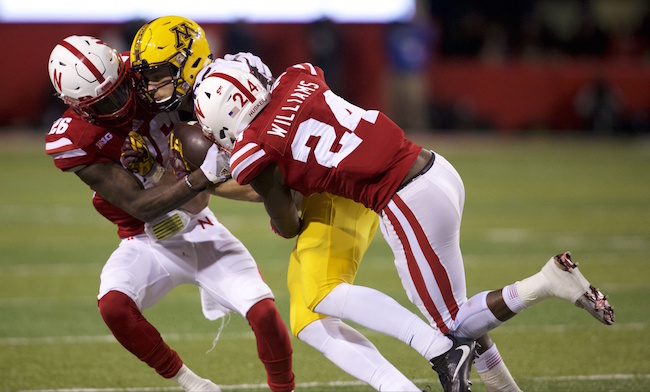 Man, that would’ve been a huge road win for the Gophers. They could’ve kept their B1G West hopes alive — everybody else forgot that — and cracked the top 25 with a win. Mitch Leidner will be haunted for that mistake he made on the final drive. The Gophers still haven’t proven that they can win a game they aren’t supposed to. Now would be a good time for that.

The Hoosiers actually had Penn State on the ropes. If they didn’t turn the ball over five times, perhaps the defense would’ve been able to hold up in the fourth quarter. How will Tom Allen’s defense handle Michigan’s quarterback situation? That’ll be a more interesting battle than the experts think.

Wow, just when you think the Hawkeyes are destined to tank, they pull that off. Nobody thought Iowa had a prayer against the invincible Wolverines. If that team played every game under the lights at Kinnick, it’d be tough to beat. Unfortunately, the Hawkeyes haven’t found consistency in non-Kinnick night games.

Just in case you were wondering if the Wildcats offense could dominate a lesser team, Saturday put that question to bed. The Wildcats ran and threw all over Purdue for their third game of 38-plus points in 2016. How many times did they accomplish that against Power Five teams in their 10-win season a year ago? Zero.

You’ve already seen this word a bunch, but gritty, gritty, gritty. That’s what that victory was. Tommy Armstrong gave everything he had and delivered one of the more memorable performances of his career. For all the talk about the Huskers being overrated, they’re a perfect 8-0 against teams that are ranked outside of the top seven. Nebraska is a legitimate top 15-20 team. 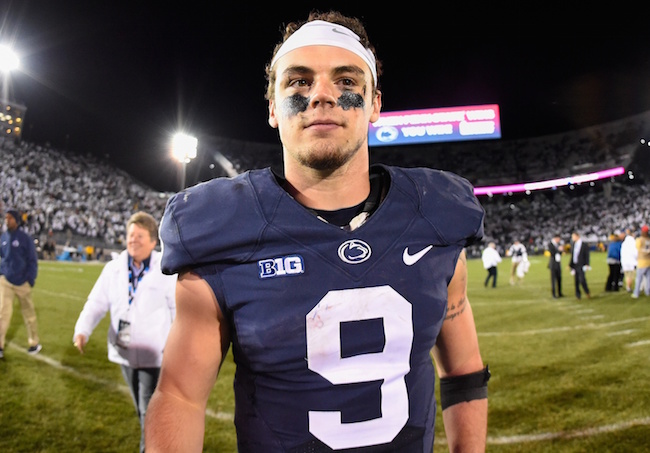 Everyone would’ve been perfectly fine with watching the Lions ruin their B1G title chances in Bloomington. After three quarters, everybody was jumping off the Penn State bandwagon. All they did was score 31 points in the final 16 minutes and win by two touchdowns. Even with key offensive line injury after key offensive line injury, PSU put up an average of 49 points in its last three games. Still, some are already calling for the Lions to fall to MSU in the regular-season finale.

There weren’t any doubts about the Badger defense — single-digit efforts in three of the last four — but the offense needed a big game. The 48 points against Illinois were 18 more than the Badgers’ previous high vs. a Power Five team. Do they usually need that kind of output with how good the defense is? No, but if they want to make the College Football Playoff, they can’t bank in the defense holding top-10 teams to 14 points.

Yikes. That was the Wolverines’ first non-Rutgers trip outside of the state of Michigan all year. It showed. They were on their heels on both sides of the ball and lost the battle at the line of scrimmage. With Michigan’s talent up front, that should never happen. The Wolverines are still in control of their own destiny, but they have some serious issues to shore up before traveling to Columbus. The biggest being who is going to play quarterback.

In one way, Ohio State is moving up by default. The Wolverines hadn’t been tested on the road, but they dominated nearly every team they played at home. These rankings are based on who would be the best bet to win any game on a neutral field. Even with the Penn State loss, OSU is still 2-1 on the road vs. teams ranked in the current top 10. OSU’s schedule did it far more favors than Michigan’s. Maybe soon enough, a battle on the field will decide the B1G’s top team.