It’s cliché, but you’ll hear that a bunch of teams are playing their best football at the end of the season.

Teams like Iowa and Michigan State are all of the sudden as dangerous as ever. But certain teams have been more consistently dangerous than others, and that’s reflected in the rankings:

Against Michigan State, Michigan, Ohio State and Penn State, Rutgers was outscored 224-0. Few climbs are as steep as the one ahead for Chris Ash.

Speaking of massive scoring disadvantages, Illinois was outscored 76-3 to Wisconsin and Iowa the last two weeks. There’s a steep climb ahead for Lovie Smith, too. A win at Northwestern would be big for the battle of Chicago, though.

Four straight weeks of allowing at least 44 points isn’t good, especially when three of those games were at home. That’s nothing Les Miles can’t fix, right? 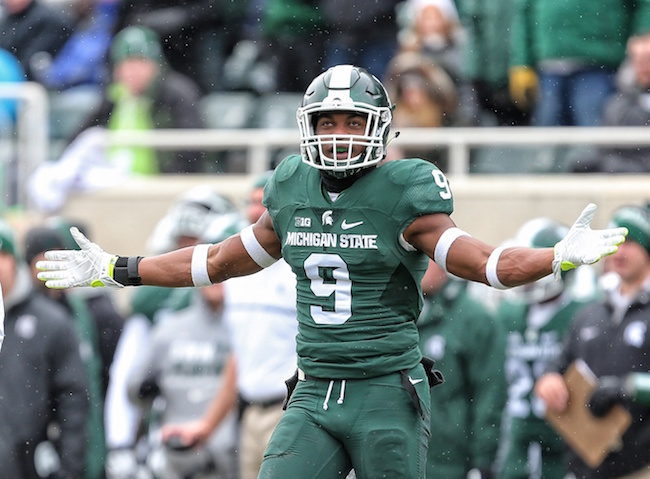 In the last two weeks, the Spartans actually looked like the team we’d thought they’d be in 2016. If not for a controversial two-point conversion call, perhaps MSU stuns No. 2 Ohio State. Listen closely and you’ll hear more people picking MSU to win than Penn State.

How big was that double overtime win at UCF back in September? Without it, the Terps aren’t playing for anything on Saturday. With it — even though they have one win in the last seven weeks — they can clinch a bowl berth with a home win vs. Rutgers. Against teams with a winning record in conference play, Maryland was outscored 218-37. DJ Durkin knows that has to change.

Dropping the Hoosiers one spot for hanging with the No. 3 team in the country might seem harsh. That was the second straight week that IU had a second-half lead against a top-10 team. And just like last week, the Hoosiers blew it. IU hasn’t put many complete games together all season. If they don’t against Purdue at home to clinch bowl eligibility, doubts will resurface with Kevin Wilson.

You know that Pat Fitzgerald was frustrated by that defensive effort late against Minnesota. A couple of costly fumbles didn’t help Northwestern in a very winnable game that would’ve clinched bowl eligibility. Instead, that midseason streak could be for naught if the Wildcats lay an egg against Illinois. 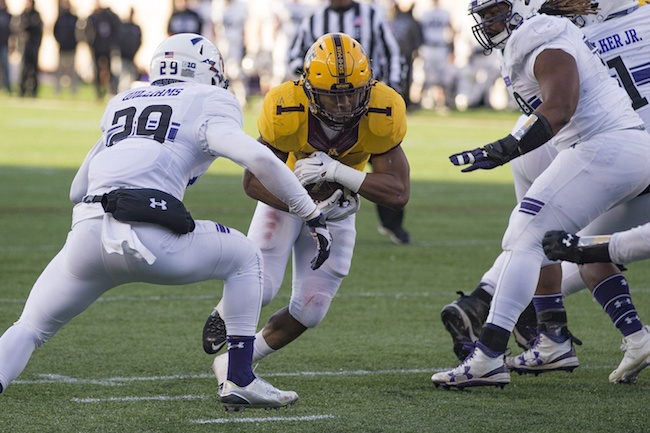 Minnesota is the least-talked about 8-3 Power Five team in the country. Why? Part of it was that favorable schedule everyone was in love with in the preseason. Even after beating a solid Northwestern group, the Gophers B1G wins were against teams with a combined conference record of 9-21. There’s no telling what ending the skid against playoff-hungry Wisconsin would do for the program’s reputation.

Wow, what got into the Hawkeyes? Apparently that Penn State game woke them up. That’s two straight weeks of impressive defensive dominance, quality special teams play and successful ball-control offense. Iowa and Michigan State, the reigning B1G division winners, finally decided to start playing like it in Week 11.

If you told the Huskers before the season that they’d get back to 10 wins in 2016, they’d be ecstatic. That’s what they have a chance to do on Friday against Iowa. If they can weather the storm with a murky quarterback situation, they’d even put pressure on Wisconsin in a do-or-die game for the B1G West. At the very least, a top-15 finish is very realistic for a program a year removed from five regular season wins. Not bad.

As it turned out, the Lions weren’t in jeopardy of stubbing their playoff-hopeful toes against a team in the B1G basement. We’ll see if that’s still true against Michigan State. Even with all the injuries on the offensive line, Penn State now has four straight games of at least 39 points. The Lions skill players aren’t getting enough credit for making some serious strides in the first year of a new offense. 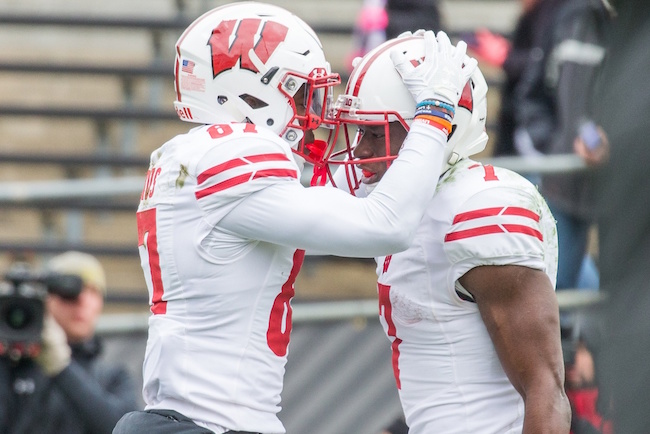 Credit Purdue. The Boilermakers joined Ohio State as the only two teams to hit the 20-point mark against Wisconsin. That’s how good the Badger defense has been. If they can get past Minnesota again, we’re setting up for an epic B1G Championship.

Those concerns about John O’Korn were legitimate. Contrary to what some believe, taking over an offense in Week 12 isn’t an easy thing to do, especially in less-than-ideal conditions. Whether it’s O’Korn or Wilton Speight, Michigan’s offense has some serious issues to straighten out before Ohio State. A healthy De’Veon Smith might be the Wolverines best chance at putting some points on the board in Columbus.

All of those positive vibes about OSU’s offense went away in East Lansing. It was an absolute grind to get those 17 points and pull out a win against an MSU defense that was without two of its three best players. Michigan woke up the OSU offense last year. Perhaps the Wolverines will have the same kind of effect again.