What did we learn? The B1G's two-team playoff bid got even stronger

But we did learn a couple things. Both of them helped the B1G.

It wasn’t whether or not Ohio State and Michigan would stay at their spots. Even if Michigan moved back to No. 4, a win vs. Ohio State probably puts the Wolverines at No. 2 with a chance to win the B1G Championship and solidify that spot.

No, Tuesday was about Wisconsin and Penn State. 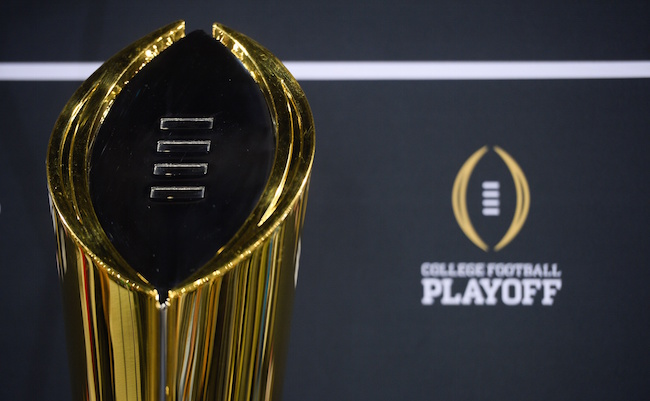 Everyone was curious about Oklahoma’s ranking after the Sooners walloped West Virginia on the road for their eighth straight win. Would the selection committee move Oklahoma ahead of Penn State? Or would the Sooners even be ahead of Wisconsin?

Absolutely not. Why? Well, one-loss West Virginia was still at No. 14. The selection committee wasn’t high on the Mountaineers, at least not high enough to all of the sudden say Oklahoma has a better two-loss résumé than Penn State or Wisconsin.

College Football Playoff chairman Kirby Hocutt basically said that the Sooners don’t have the quality wins that Penn State or Wisconsin has. And there’s another thing that nobody is talking about. Those three teams have one common opponent — Ohio State.

Oklahoma was destroyed by the Buckeyes at home, Wisconsin forced them to overtime and Penn State did what Hocutt pointed out nobody else has been able to do. That is, beat Ohio State.

In other words, Oklahoma isn’t jumping Penn State or Wisconsin if either wins the B1G Championship. The Sooners have one game left — a quality game vs. No. 10 Oklahoma State — while those B1G teams would have two and a conference title.

The biggest debate would be if Washington wins the Pac-12 title with one loss. That’s where it gets sticky.

By putting Washington at No. 5 still, the committee is setting the Huskies up as the most-favorable team to take the spot of the Michigan-Ohio State loser. If there’s one thing that would provide a major boost to the B1G’s two-team bid, it’s a Washington or Clemson loss. Well, and a Michigan loss.

The Wolverines end the B1G’s two-team bid if they win in Columbus. It’s as simple as that.

Let’s say that does happen. Ohio State and Penn State are wiped out, and Michigan is left competing with Wisconsin for the final spot in the B1G Championship. All of this debate would be nonsense and the conference title game would essentially serve the same win-or-go-home purpose it did for Iowa and Michigan State.

But what if we get madness? As in, Penn State wins out and Ohio State is sitting there with the head-to-head loss and no conference title. If Alabama, Clemson and Washington win out, that could easily be a fight for one spot with two B1G teams.

Hocutt seemed to give the Buckeyes and their strength of schedule the edge:

I am leaving this teleconference with Hocutt more convinced that Ohio State could get in instead of PSU.

That would create a real mess for the committee:

If we get into a situation (Penn State/Ohio State) where both a conference title and head-to-head win are trumped, tear it up and start over

The important thing to remember is that conference titles are a massive unknown at this point. Strength of wins is the only legitimate basis for an argument at this point.

That’s why the B1G teams were where they were.

This whole conversation changes dramatically come next Tuesday. We’ll know if Penn State still has a chance, we’ll know if Wisconsin is a win away from the playoff, and we’ll know which B1G power added another impressive win to its résumé.

Finally, we’re getting a clue as to what college football’s supreme court is thinking. Soon enough, it’ll all be clear.